Apache license 2.0, MIT license or BSD license : Who is the fairest of them all? 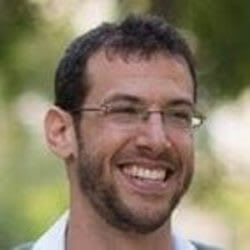 In 1997, Eric Raymond published his landmark essay “The Cathedral and the Bazaar”, which became the manifesto for the open source movement. He set forward principles like “plan to throw one version away”, “release early, release often”, and “given enough eyeballs, all bugs are shallow”, which today are part and parcel of any developer’s mind-set. A bright future was ahead for free software created for the greater good.

But time has passed since those naïve beginnings; open source has become one of the world’s biggest businesses. Developers and companies realized that in order to realize the commercial benefits of their open source work, and in order to build commercial products on top of open source, they might need lawyers, or at least some legal smarts. Open source licenses, as it turns out, can bite.

Copyleft vs. BSD-Style or Permissive Licenses

Two classes of software licenses have emerged over the years, “copyleft” and “BSD-style” licenses. Copyleft licenses like GPL are, generally speaking, bad for business. They require all modifications, and any software based on the open source component, even in a small part, to be released under an open source license.

“BSD-style licenses”, also called permissive licenses, make much fewer demands on the user or modifier of the original open source code. They allow a user to build commercial software on top of open source software, or extend open source products, and declare their work as proprietary or closed source.

This has driven much higher adoption of this second category—MIT’s permissive license is used on 51% of Github projects. Apache 2.0, the runner-up, is used by another 14.8%, and 6.6% use either the 2-clause or 3-clause version of the original BSD license. A 72% market share for the leading permissive licenses, at least among Github users.

In this post we review and compare these three most popular licenses permissive licenses.

Permissive open-source licenses allow users to manipulate open source code and use it as they wish, given they provide attribution back to the creators and don’t hold them liable.

Why do developers choose to license their software under permissive licenses?

What is the MIT License?

The MIT license gives users express permission to reuse code for any purpose, sometimes even if code is part of proprietary software. As long as users include the original copy of the MIT license in their distribution, they can make any changes or modifications to the code to suit their own needs.

What is Apache License 2.0?

Apache License 2.0 allows users of the software to distribute, modify, or otherwise use software for any purpose, as long as the user complies with the license terms. The terms state that users can’t remove existing copyright, patent, trademarks and attribution notices.

What is the BSD License?

The Berkeley Software Distribution (BSD) licenses are a family of permissive licenses. From this family, the most common licenses are the 3-clause BSD license and the 2-clause license.

The long and short of it—if you use open source software within your software development project, any permissive license should be fine. The implications of using Apache License 2.0, MIT or BSD are mainly relevant for the open source developer. As a developer, stopping to consider the fine details between the licenses can save you concerns further down the road.

But while understanding the differences between permissive licenses is important, far more important is drawing the line between them and their unfriendly counterparts, copyleft. As a user of open source components, copyleft licenses can “infect” your entire code base and impose restrictions that might prevent you from commercializing. As a developer of open source software, copyleft can significantly limit the appeal and adoption of your components.

If you use open source within your code and want to get better visibility of the licenses they use, and your possible exposure to legal issues – check out Snyk Open Source License Compliance Management product and schedule a demo to learn more.

We’ll be happy to help.