81% believe developers should own security, but they aren’t well-equipped

We set out to find who in practice owns the security responsibility of an application or library today, as well as who users think should take ownership for security.

According to 81% of respondents, developers should own the security of their application code, sending a strong statement about the involvement and engagement level that is expected from developers, and supports the strong DevSecOps movement which many are adopting today. 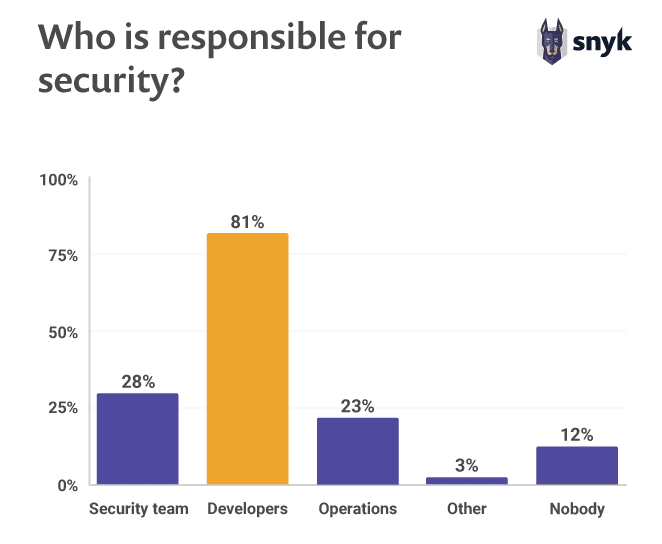 A healthy approach to embracing security as part of the SDLC is to integrate it within the entire development lifecycle, from design to production. This significantly differs from the more traditional one-off phase of security testing that occurs periodically and doesn’t fit the modern, fast-paced software delivery model. However, processes and guidelines may not be enough. Education, friendly tooling, and engagement with R&D teams and stakeholders are just as important to the healthy adoption of security practices within an organization.

It takes a great deal of knowledge, experience, and a sharp eye to properly code review for potential security vulnerabilities within one’s own code. As this isn’t a straightforward task, if carried out at all, it suggests that vulnerable code may stay dormant for a long time until it is picked up by anyone.

Teams that practice DevOps or have a mature CI/ CD pipeline may find it easier to introduce security testing as part of their build automation, yet we find that almost 40% of users don’t implement any sort of security testing during their CI runs. A reassuring note however is that more than half of them are at the very least testing for vulnerabilities in their open source dependencies.

Another finding in our research is that teams that build security into their work also do better at continuous delivery. A key element of this is ensuring that information security teams make pre-approved, easy-to-consume libraries, packages, toolchains, and processes available for developers and IT operations to use in their work. — Nicole Forsgren, Accelerate: The Science of Lean Software and DevOps: Building and Scaling High Performing Technology Organizations 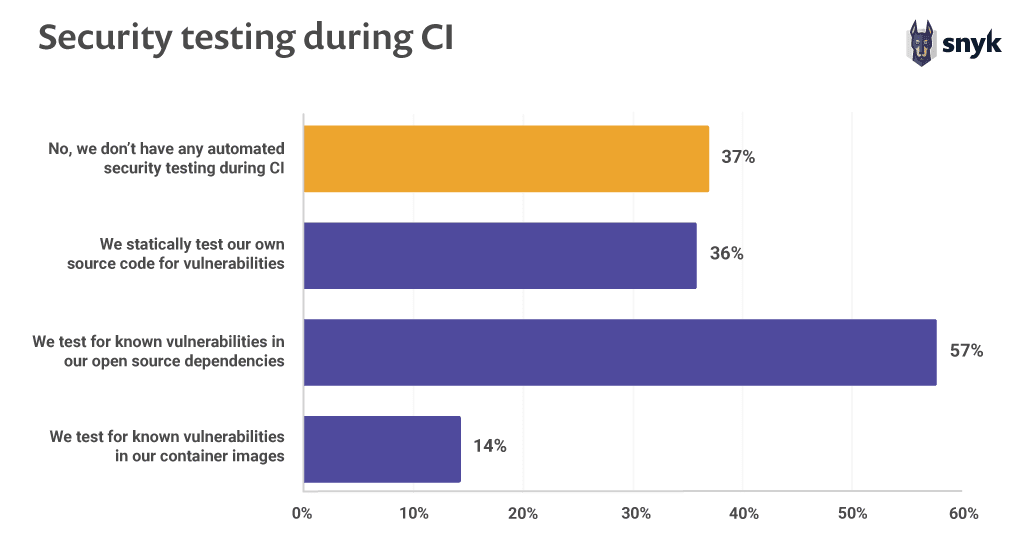 Finding out about vulnerabilities

From the user’s perspective, it is interesting to gain insights into how they learn about vulnerabilities in their application dependencies in order to respond to potential threats as they are discovered.

A worrying 27% of respondents stated they do not have any proactive or automatic way to find out about newly discovered vulnerabilities in their applications. Only 36% of users confirmed that they use a dependency management or scanning tool to help surface vulnerabilities. 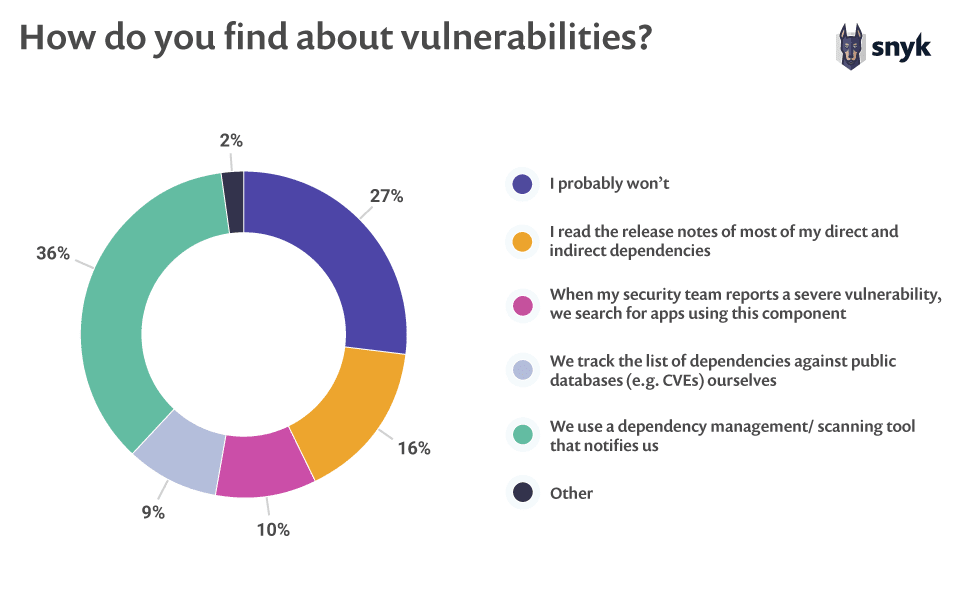 How long does it take users to adopt new releases that provide security fixes to known vulnerabilities? We turned to Python’s PyPI registry and its websockets package for an example to see how popular vulnerable releases continued to be used even after a vulnerability fix was released.

The websockets project is a fairly popular and well-maintained package, dating back to 2013 and showcasing regular releases to the present day.

In August 2018 a denial of service vulnerability was disclosed to the community, affecting versions 4.0 and 4.0.1 of the package. At the time of disclosure, newer versions already existed on the registry that provided the security fix, however looking at the download counts for the vulnerable versions, a long trail of users still fetch vulnerable versions of websockets can be seen.

By December 2018 we’re still tracking 11k downloads of the websockets package that contain the vulnerability, even though there is a fixed version available as a major upgrade with websockets version 5.0. 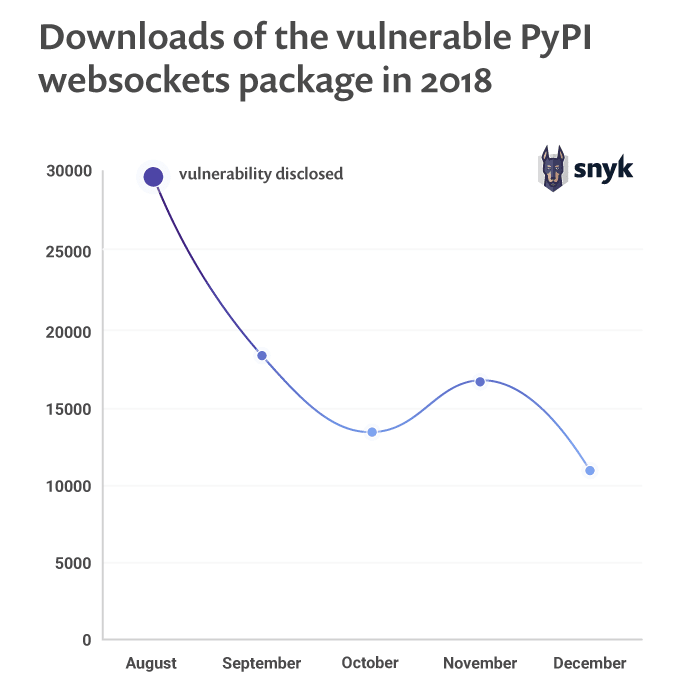