Secure your build workflow on Bitbucket Pipes with Snyk

We are excited to announce that Snyk now integrates with Bitbucket Pipes, which allows Bitbucket users to secure their continuous integration/continuous delivery (CI/CD) workflow by finding, fixing and monitoring open-source vulnerabilities (vulns) in their application or docker image dependencies. With this release, Snyk is proud to be a Bitbucket Pipes launch partner.

Last week, Atlassian launched Bitbucket Pipes which allow users to customize and automate a CI/CD workflow from a group of ready-to-use tasks. The pipeline can be set up with pre-defined actions that are integrated into the workflow in a repeatable manner. To add a pipe to your workflow, simply copy the relevant pipe and paste it into the pipeline, as seen in the image below: 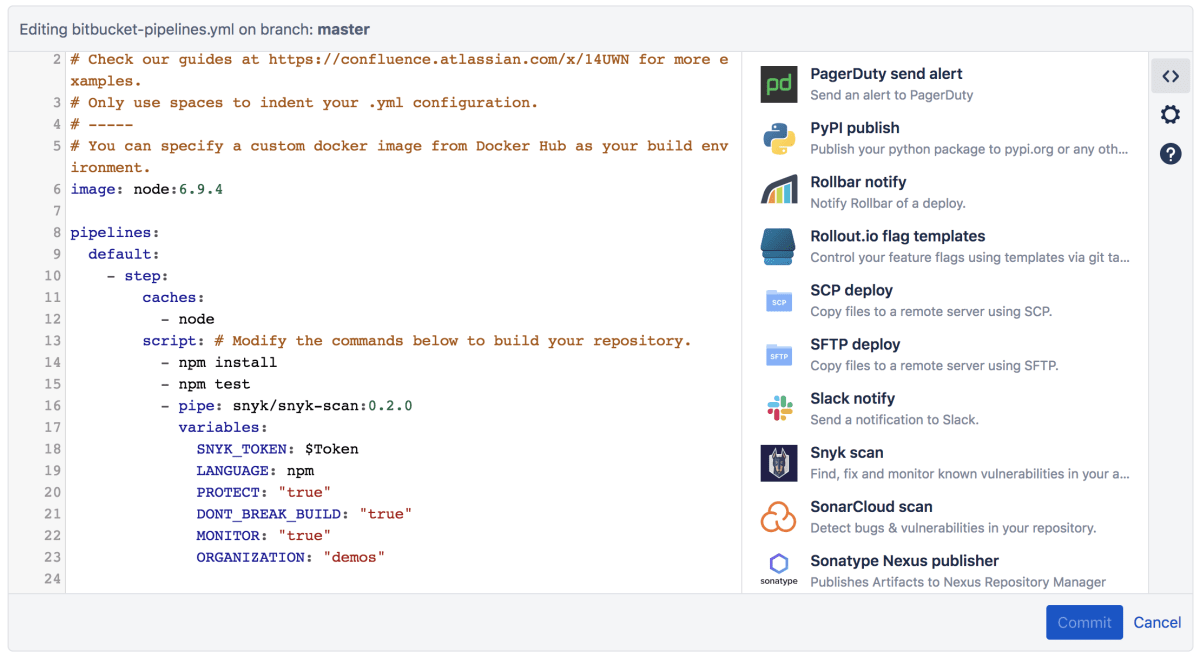 Finding, fixing and monitoring open-source vulnerabilities in your app 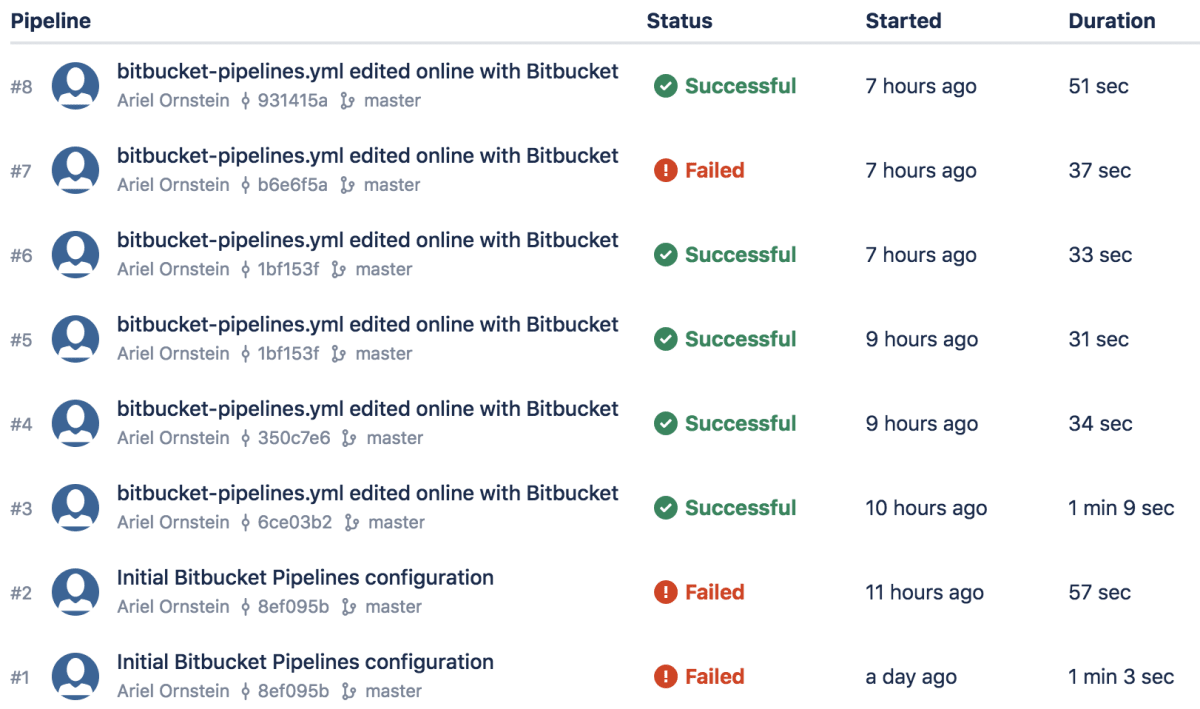 For vulnerabilities that are found, the Snyk pipe includes a patch module that can fix vulnerabilities using Snyk’s precision patches. These patches are developed and rigorously tested in collaboration with the package owner. Snyk backports the original fix to all applicable historical versions, without introducing code breaks.

Snyk offers a comprehensive security interface to the different Bitbucket solutions across the development workflow:

Snyk will be participating in the upcoming Atlassian summit  (April 9-11 in Las Vegas) and showcasing its full solution for Bitbucket. Stop by our booth located at booth 102 or book a meeting here.

How to add a Snyk pipe

To enable Snyk to scan your dependencies for vulnerabilities, add the Snyk pipe into your bitbucket-pipelines.yml, indicating a Snyk API Token (from your account settings) and setting the package manager/language (for example “npm”). See below the Snyk Pipe snippet: 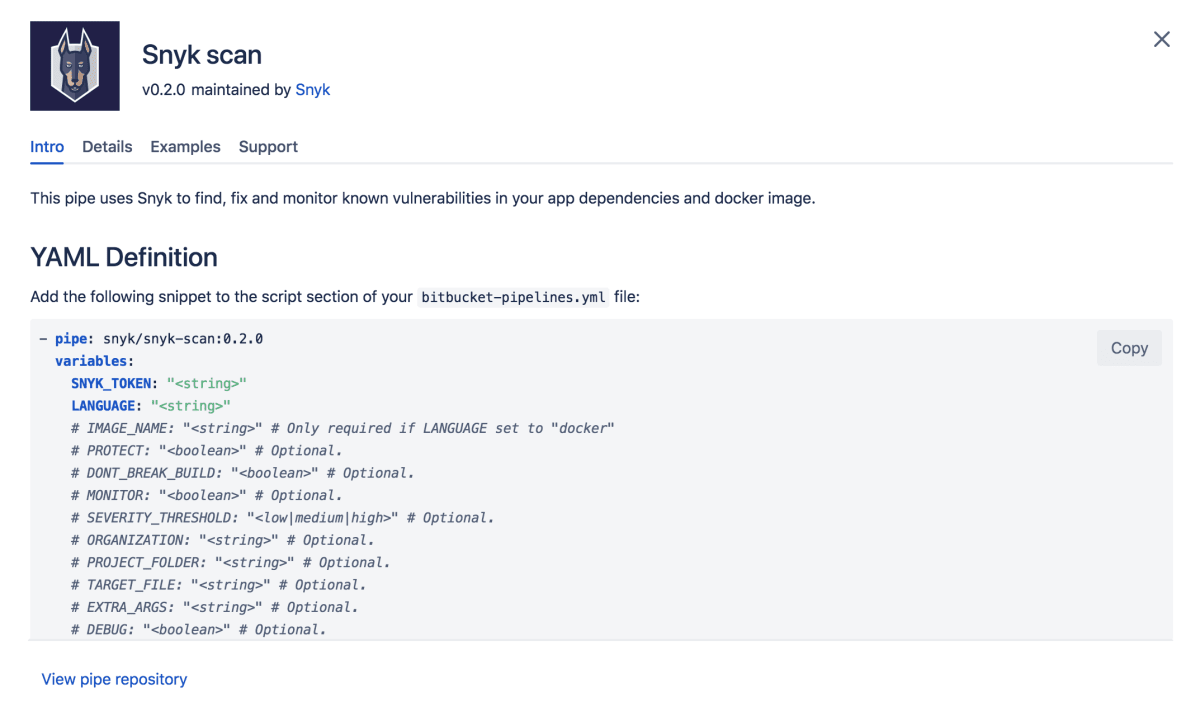 Following is an example of the Snyk pipe, identifying npm as the package manager:

Once included in your pipes, Snyk looks for the manifest files (package.json, package-lock.json) and performs the scan.

Note: you should always add the Snyk pipe as a step that occurs after any install/build steps, for example:  `npm install`, `dotnet restore`, `docker build` etc.

There are also two additional functionalities that you can add to the pipe:

Setting TARGET_FILE: “Dockerfile” allows you to see remediation advice for the image.

When you add these commands, the pipe appears similar to the following:

More documents can be found here.