The PyPI package xcamera receives a total of 120 downloads a week. As such, we scored xcamera popularity level to be Limited.

Based on project statistics from the GitHub repository for the PyPI package xcamera, we found that it has been starred 41 times, and that 0 other projects in the ecosystem are dependent on it.

We found a way for you to contribute to the project! Looks like xcamera is missing a security policy.

Further analysis of the maintenance status of xcamera based on released PyPI versions cadence, the repository activity, and other data points determined that its maintenance is Inactive.

An important project maintenance signal to consider for xcamera is that it hasn't seen any new versions released to PyPI in the past 12 months, and could be considered as a discontinued project, or that which receives low attention from its maintainers.

Readme
Yes
Contributing.md
No
Code of Conduct
No
Contributors
6
Funding
No

We found a way for you to contribute to the project! Looks like xcamera is missing a Code of Conduct.

XCamera is a widget which extends the standard Kivy Camera widget with more functionality. In particular: 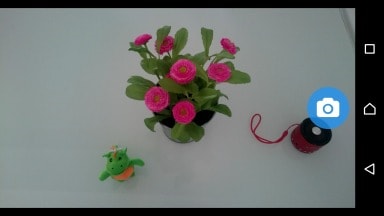 xcamera is available on PyPI. Therefore it can be installed via pip.

Once installed, the demo should be available in your PATH and can be ran from the command line.

And the widget can be imported via:

A full working demo is available in src/kivy_garden/xcamera/main.py. You can run it via:

To play with the project, install system dependencies and Python requirements using the Makefile.

Then verify everything is OK by running tests.

If you're familiar with Docker, the project can also run in a fully isolated container. First build the image.

Then you can run tests within the container.

Or the application itself.

The python package xcamera receives a total of 120 weekly downloads. As such, xcamera popularity was classified as limited. Visit the popularity section on Snyk Advisor to see the full health analysis.

We found indications that xcamera is an Inactive project. See the full package health analysis to learn more about the package maintenance status.

Is xcamera safe to use?

The python package xcamera was scanned for known vulnerabilities and missing license, and no issues were found. Thus the package was deemed as safe to use. See the full health analysis review.