Based on project statistics from the GitHub repository for the PyPI package nautilus-trader, we found that it has been starred 332 times, and that 0 other projects in the ecosystem are dependent on it.

Further analysis of the maintenance status of nautilus-trader based on released PyPI versions cadence, the repository activity, and other data points determined that its maintenance is Healthy.

With more than 10 contributors for the nautilus-trader repository, this is possibly a sign for a growing and inviting community.

NautilusTrader is an open-source, high-performance, production-grade algorithmic trading platform, providing quantitative traders with the ability to backtest portfolios of automated trading strategies on historical data with an event-driven engine, and also deploy those same strategies live.

The platform is 'AI-first', designed to deploy models for algorithmic trading strategies developed using the Python ecosystem - within a highly performant and robust Python native environment. This helps to address the challenge of keeping the research/backtest environment consistent with the production live trading environment.

The platform is also universal and asset class agnostic - with any REST, WebSocket or FIX API able to be integrated via modular adapters. Thus, it can handle high-frequency trading operations for any asset classes including FX, Equities, Futures, Options, CFDs, Crypto and Betting - across multiple venues simultaneously. 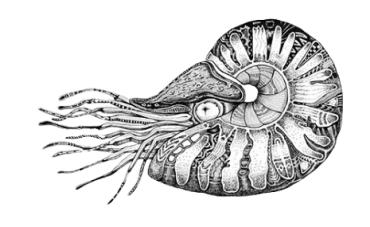 The nautilus shell consists of modular chambers with a growth factor which approximates a logarithmic spiral. The idea is that this can be translated to the aesthetics of design and architecture.

Traditionally, trading strategy research and backtesting might be conducted in Python (or other suitable language), with the models and/or strategies then needing to be reimplemented in C, C++, C#, Java or other statically typed language(s). The reasoning here is to utilize the performance and type safety a compiled language can offer, which has historically made these languages more suitable for large trading systems.

The value of NautilusTrader here is that this reimplementation step is circumvented - as the critical core components of the platform have all been written entirely in Cython. Because Cython can generate efficient C code (which then compiles to C extension modules as native binaries), Python can effectively be used as a high-performance systems programming language - with the benefit being that a Python native environment can be offered which is suitable for professional quantitative traders and trading firms.

Python was originally created decades ago as a simple scripting language with a clean straight forward syntax. It has since evolved into a fully fledged general purpose object-oriented programming language. Based on the TIOBE index, Python is currently the most popular programming language in the world. Not only that, Python has become the de facto lingua franca of data science, machine learning, and artificial intelligence.

The language out of the box is not without its drawbacks however, especially in the context of implementing large performance-critical systems. Cython has addressed a lot of these issues, offering all the advantages of a statically typed language, embedded into Pythons rich ecosystem of software libraries and developer/user communities.

The project heavily utilizes Cython to provide static type safety and increased performance for Python through C extension modules. The vast majority of the production code is actually written in Cython, however the libraries can be accessed from both pure Python and Cython.

Rust is a multi-paradigm programming language designed for performance and safety, especially safe concurrency. Rust is blazingly fast and memory-efficient (comparable to C and C++) with no runtime or garbage collector. It can power mission-critical systems, run on embedded devices, and easily integrates with other languages.

The project increasingly utilizes Rust for core performance-critical components. Python language binding is handled through Cython, with static libraries linked at compile-time before the wheel binaries are packaged, so a user does not need to have Rust installed to run NautilusTrader. In the future as more Rust code is introduced, PyO3 will be leveraged for easier Python bindings. 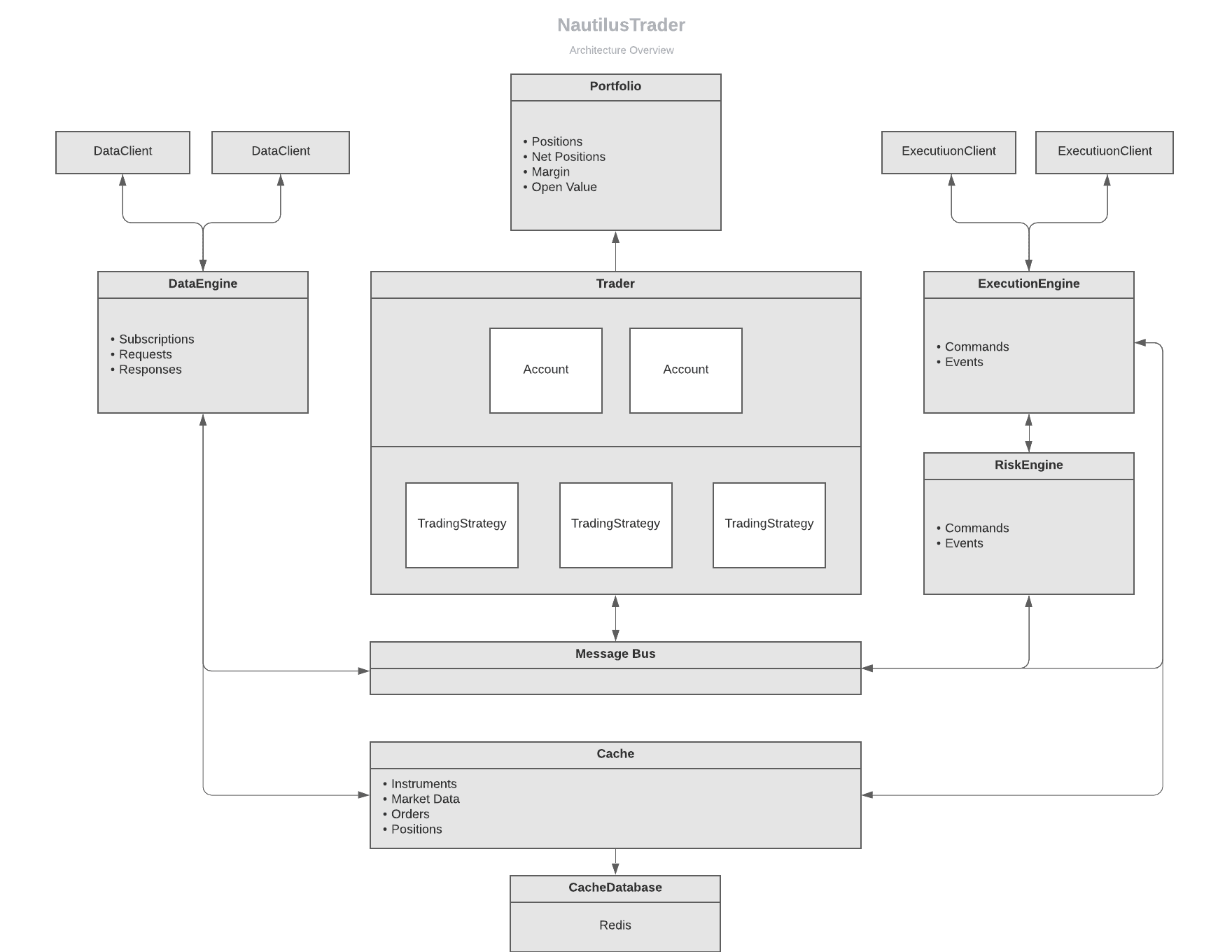 NautilusTrader is designed in a modular way to work with 'adapters' which provide connectivity to data publishers and/or trading venues - converting their raw API into a unified interface. The following integrations are currently supported:

Refer to the Integrations documentation for further details.

We recommend running the platform with the latest stable version of Python, and in a virtual environment to isolate the dependencies.

To install the latest binary wheel from PyPI:

To install numpy and scipy on ARM architectures such as MacBook Pro M1 / Apple Silicon, this stackoverflow thread is useful.

Installation from source requires the Python.h header file, which is included in development releases such as python-dev. You'll also need the latest stable rustc and cargo to compile the Rust libraries.

It's possible to install from source using pip if you first install the build dependencies as specified in the pyproject.toml. However, we highly recommend installing using poetry as below.

Refer to the Installation Guide for other options and further details.

NautilusTrader is currently following a bi-weekly beta release schedule. The API is becoming more stable, however breaking changes are still possible between releases. Documentation of these changes in the release notes are made on a best-effort basis.

The current roadmap has a goal of achieving a stable API for a 2.x version. From this point we will follow a formal process for releases, with deprecation periods for any API changes.

A Makefile is provided to automate most installation and build tasks. It provides the following targets:

Indicators and strategies can be developed in both Python and Cython (although if performance and latency sensitivity is import we recommend Cython). The below are some examples of this:

Docker containers are built using a base python:3.10-slim with the following image variant tags:

The container images can be pulled as follows:

You can launch the backtest example container by running:

Then navigate to the backtest_example.ipynb and run it!

The following is a minimal EMA Cross strategy example which just uses bar data. While trading strategies can become very advanced with this platform, it's still possible to put together simple strategies. First inherit from the Strategy base class, then only the methods which are required by the strategy need to be implemented.

We aim to provide the most pleasant developer experience possible for this hybrid codebase of Python, Cython and Rust. Please refer to the Developer Guide for helpful information.

Involvement from the trading community is a goal for this project, all help is welcome! Developers can open issues on GitHub to discuss proposed enhancements, changes, or to make bug reports. Questions and more general thoughts are best directed to a discussions thread.

Refer to the CONTRIBUTING.md for further information.

Please make all pull requests to the develop branch.

Chat with contributors and active users of NautilusTrader on our Discord server! This is also the best place to monitor announcements, and learn about the latest features as they become available.

Contributors are also required to sign a standard Contributor License Agreement (CLA), which is administered automatically through CLA Assistant.

We found that nautilus-trader demonstrated a healthy version release cadence and project activity. It has a community of 30 open source contributors collaborating on the project. See the full package health analysis to learn more about the package maintenance status.

Is nautilus-trader safe to use?

The python package nautilus-trader was scanned for known vulnerabilities and missing license, and no issues were found. Thus the package was deemed as safe to use. See the full health analysis review.