The PyPI package bimvee receives a total of 110 downloads a week. As such, we scored bimvee popularity level to be Limited.

Based on project statistics from the GitHub repository for the PyPI package bimvee, we found that it has been starred 7 times, and that 0 other projects in the ecosystem are dependent on it.

We found a way for you to contribute to the project! Looks like bimvee is missing a security policy.

Further analysis of the maintenance status of bimvee based on released PyPI versions cadence, the repository activity, and other data points determined that its maintenance is Healthy.

Readme
Yes
Contributing.md
No
Code of Conduct
No
Contributors
8
Funding
No

We found a way for you to contribute to the project! Looks like bimvee is missing a Code of Conduct. 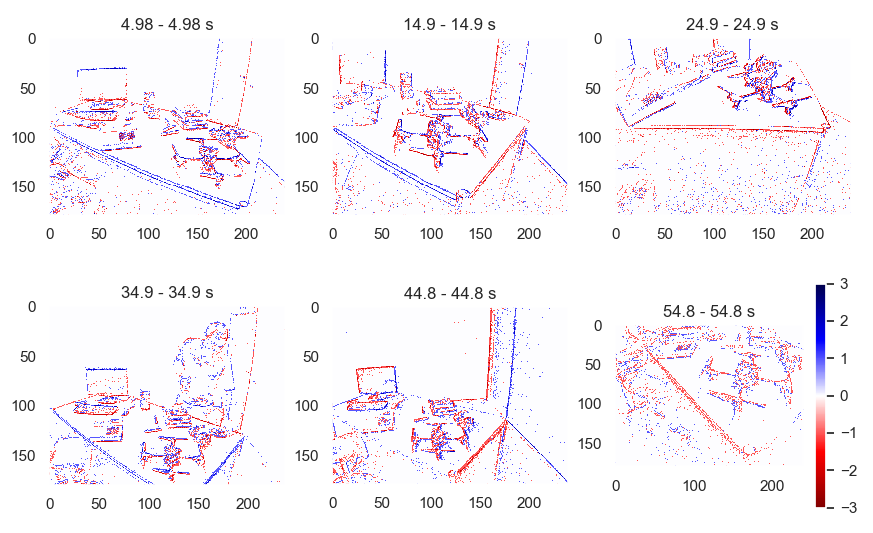 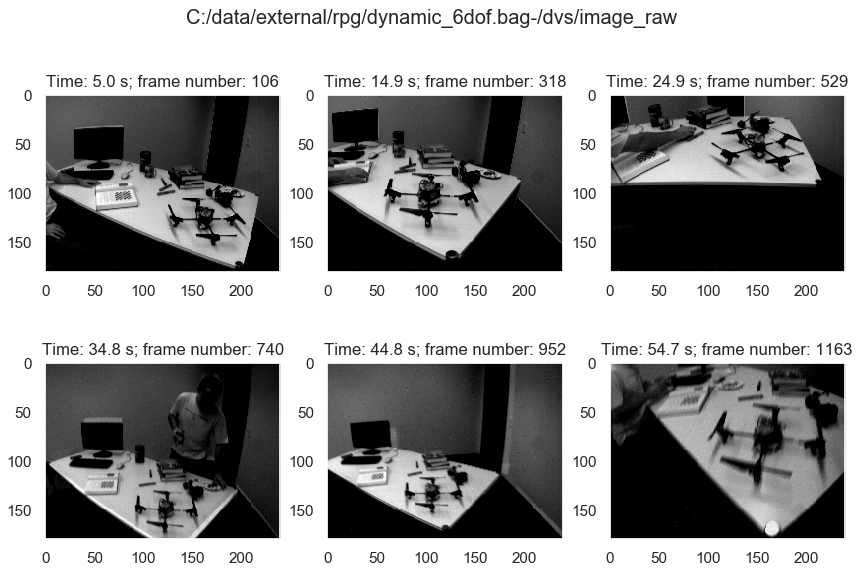 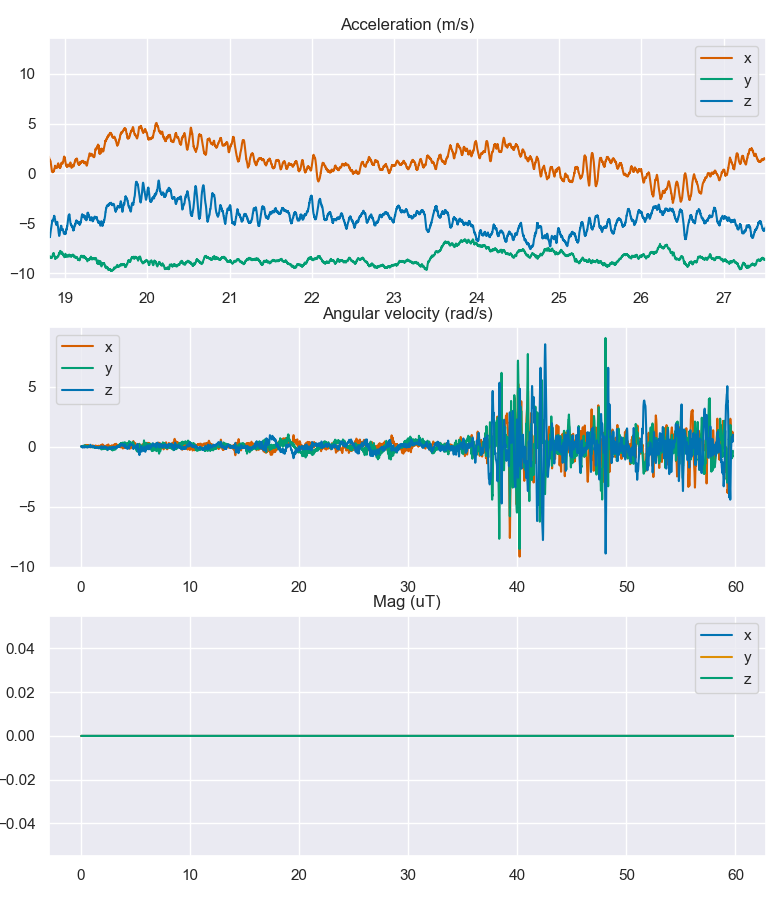 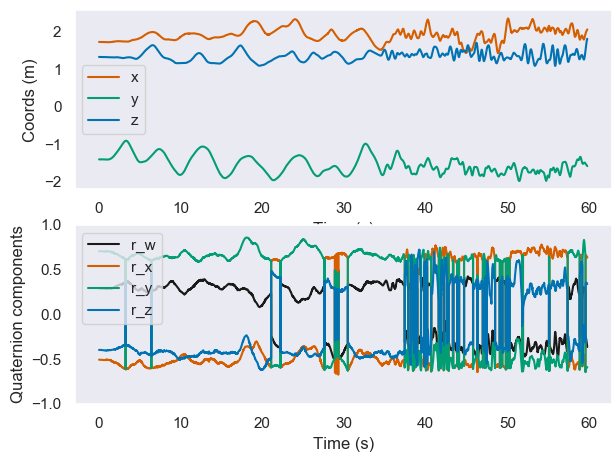 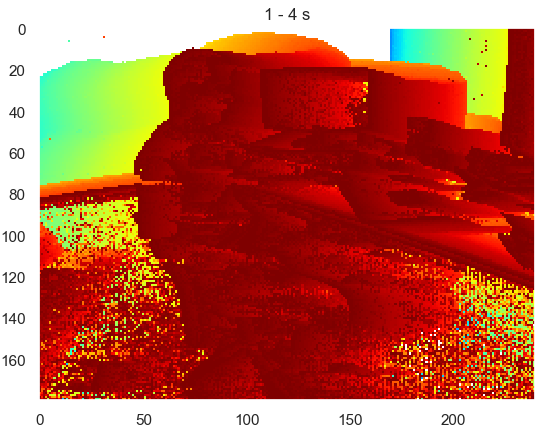 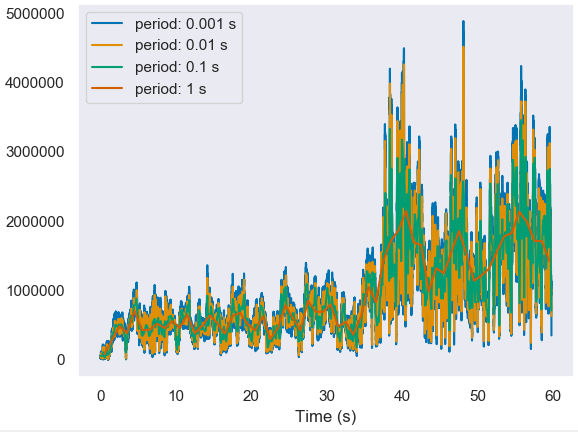 There is a pip installer:

Important! If you clone this repo, use --recurse-submodules option, as this repo uses 'importRosbag' library as a submodule.

Look at examples.py for examples of how to use the functionality in this library.

Working with timestamped address-event data from event cameras (dvs), and possibly other neuromorphic sensors alongside other timestamped data that we need for our experiments, including but not limited to:

The aim is to bring the different formats into as common a format as possible. Parameters: at least the param "filePathOrName" (otherwise working from current directory) Returns a dict containing:

The 'data' branch contains a dict for each channel. A 'channel' is an arbitrary grouping of datasets. It might be that there is one channel for each sensor, so for example a file might contain 'left' and 'right' camera channels, and each of these channels might contain dvs events alongside other data types like frames. Each channel is a dict containing one dict for each type of data. Data types may include:

To the extent possible, dvs polarity is imported so that 1/True = ON/increase-in-light and 0/False = OFF/decrease-in-light. Be aware that individual datasets may contain the opposite convention.

Multiple files imported simultaneously appear in a list of dicts; lists and dicts are referred to jointly as containers, and the manipulation, visualistation and export functions which follow tend toward accepting containers with an arbitrarily deep hierarchy.

There is a set of general functions for common visualisations of imported datasets, using matplotlib or seaborn.

These functions have several kwargs to modify their behaviour, and they support a 'callback' kwarg so you can pass in a function to do post-modification of the plots.

There are two different visualisation concepts. In the 'continuous' concept, a single plot shows all timestamped data for a given container. This might be limited to a certain time range, as defined by kwargs minTime and maxTime. Examples include:

In the case of the snapshot views, there are general functions which when passed a data container will choose a set of times distributed throughout the time range of that data and generate a snapshot view for each of these moments. Examples include:

'visualiser.py' defines a set of classes, one for each of a selection of data types, which generate snapshot views. These are output as numpy arrays, to be rendered by an external application.

info.py includes various functions to give quick text info about the contents of the containers that result from imports.

There are some functions for standard manipulations of data:

exportIitYarp - exports to IIT's EDPR YARP format. Alongside data.log and info.log files, it exports an xml which specifies to yarpmanager how to visualise the resulting data.

This library uses importRosbag library to import rosbag data without needing a ros installation. This is included as a submodule.

Beyond the python standard library, the main dependencies are:

For the 'plot' family of visualisation functions:

The "visualiser", however, generates graphics as numpy arrays without reference to matplotlib, for rendering by an external application.

plotDvsLastTs uses rankdata from scipy; however if it's not installed, it defaults to a local definition; scipy is therefore an optional dependency.

bimvee doesn't use classes for datatypes. Consequently, the code doesn't have a central place to refer to for the definition of datatypes. The types are intended to be used loosely, with minimal features which can be extended by adding optional fields. There is an optional container class which gives some functions for easier data manipulation.

There are some datatypes which are simply dicts which act as containers to group information, for example the 'cam' type. However most of the functionality of the library is based around the idea of a datatype dict containing a set of keys where each is a numpy array (or other iterable) where there is a 'ts' key, containing a numpy array of np.float64 timestamps, and then each iterable key should have the same number of elements (in the zeroth dimension) as the ts field. Thus a set of timestamped 'events' or other data type is defined. Other keys may be included which either aren't iterables or don't have the same number of elements in the zeroth dimension. These are therefore not interpreted as contributing dimensions to the set of data points. Concretely the datatypes which have some kind of support are:

skinEvents: (intended for iCub neuromorphic skin events; could be generalised)

skinSamples: (intended for dense iCub skin samples; could be generalised)

ear: (intended for cochlea events from UDS / Gutierrez-Galan, could be generalised)

Following ros msg camera info, the fields this might contain include:

The python package bimvee receives a total of 110 weekly downloads. As such, bimvee popularity was classified as limited. Visit the popularity section on Snyk Advisor to see the full health analysis.

We found that bimvee demonstrated a healthy version release cadence and project activity. It has a community of 8 open source contributors collaborating on the project. See the full package health analysis to learn more about the package maintenance status.

Is bimvee safe to use?

The python package bimvee was scanned for known vulnerabilities and missing license, and no issues were found. Thus the package was deemed as safe to use. See the full health analysis review.