The PyPI package bcml receives a total of 5,661 downloads a week. As such, we scored bcml popularity level to be Small.

Based on project statistics from the GitHub repository for the PyPI package bcml, we found that it has been starred 84 times, and that 0 other projects in the ecosystem are dependent on it.

We found a way for you to contribute to the project! Looks like bcml is missing a security policy.

Further analysis of the maintenance status of bcml based on released PyPI versions cadence, the repository activity, and other data points determined that its maintenance is Healthy.

We found a way for you to contribute to the project! Looks like bcml is missing a Code of Conduct. A mod merging and managing tool for The Legend of Zelda: Breath of the Wild 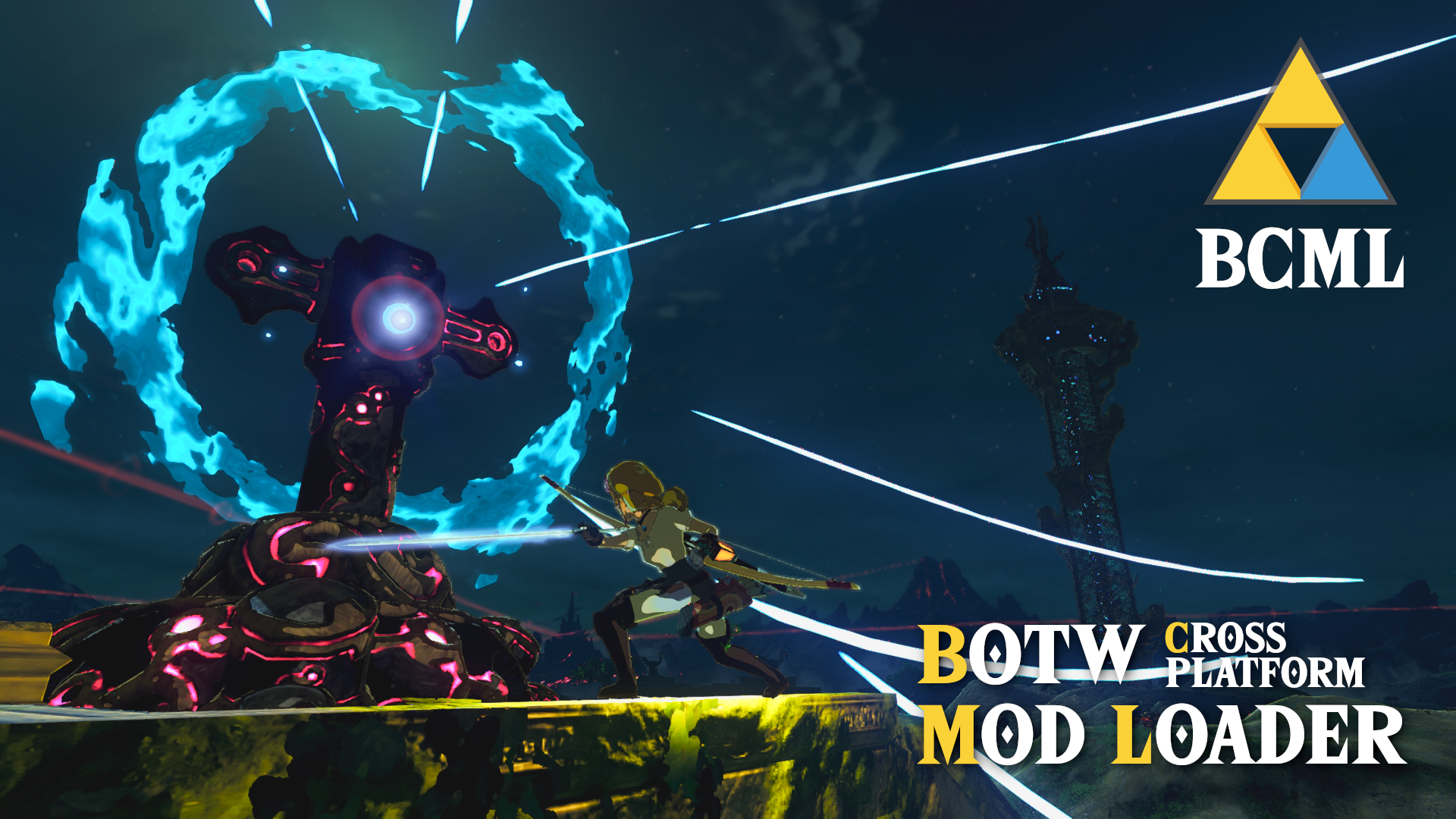 Why a mod loader for BOTW? Installing a mod is usually easy enough once you have a homebrewed console or a emulator. Is there a need for a special tool?

Yes. As soon as you start trying to install multiple mods, you will find complications. The BOTW game ROM is fundamentally structured for performance and storage use on a family console, without any support for modification. As such, files like the resource size table or TitleBG.pack will almost inevitably begin to clash once you have more than a mod or two. Symptoms can include mods simply taking no effect, odd bugs, actors that don't load, hanging on the load screen, or complete crashing. BCML exists to resolve this problem. It identifies, isolates, and merges the changes made by each mod into a single modpack that just works.

There are a few ways to install BCML.

Install Python 3.7+ (64 bit version), making sure to add it to your PATH, and then run pip install bcml. Note that, because of the cefpython3 dependency, on Windows only Python 3.7 is supported, but 3.8+ can be used on Linux.

Building from source requires, in addition to the general prerequisites:

Steps to build from source:

Note that on Linux, you can simply run bootstrap.sh to perform these steps automatically unless you would like more control.

For information on how to use BCML, see the Help dialog in-app or read the documentation on the repo. For issues and troubleshooting, please check the official Troubleshooting page.

BOTW is an immensely complex game, and there are a number of new mergers that could be written. If you find an aspect of the game that can be complicated by mod conflicts, but BCML doesn't yet handle it, feel free to try writing a merger for it and submitting a PR.

This software is licensed under the terms of the GNU General Public License, version 3 or later. The source is publicly available on GitHub.

This software includes the 7-Zip console application 7z.exe and the library 7z.dll, which are licensed under the GNU Lesser General Public License. The source code for this application is available for free at https://www.7-zip.org/download.html.

This software includes a fork of the console application msyt.exe by Kyle Clemens, copyrighted 2018 under the MIT License. The source code for this application is available for free at https://github.com/NiceneNerd/msyt/tree/bcml.

This software includes part of a modified copy of the pywebview Python package, copyright 2020 Roman Sirokov under the BSD-3-Clause License. The source code for the original library is available for free at https://github.com/r0x0r/pywebview.

A mod manager for The Legend of Zelda: Breath of the Wild. Visit Snyk Advisor to see a full health score report for bcml, including popularity, security, maintenance & community analysis.

Is bcml safe to use?

The python package bcml was scanned for known vulnerabilities and missing license, and no issues were found. Thus the package was deemed as safe to use. See the full health analysis review.

We found that bcml demonstrated a healthy version release cadence and project activity. It has a community of 5 open source contributors collaborating on the project. See the full package health analysis to learn more about the package maintenance status.