The PyPI package Automat receives a total of 538,529 downloads a week. As such, we scored Automat popularity level to be Popular.

Based on project statistics from the GitHub repository for the PyPI package Automat, we found that it has been starred 478 times, and that 0 other projects in the ecosystem are dependent on it.

We found a way for you to contribute to the project! Looks like Automat is missing a security policy.

Further analysis of the maintenance status of Automat based on released PyPI versions cadence, the repository activity, and other data points determined that its maintenance is Sustainable.

An important project maintenance signal to consider for Automat is that it hasn't seen any new versions released to PyPI in the past 12 months, and could be considered as a discontinued project, or that which receives low attention from its maintainers.

Readme
Yes
Contributing.md
No
Code of Conduct
No
Contributors
30
Funding
No

With more than 10 contributors for the Automat repository, this is possibly a sign for a growing and inviting community.

We found a way for you to contribute to the project! Looks like Automat is missing a Code of Conduct.

Self-service finite-state machines for the programmer on the go.

Read more here, or on Read the Docs, or watch the following videos for an overview and presentation

Overview and presentation by Glyph Lefkowitz at the first talk of the first Pyninsula meetup, on February 21st, 2017: 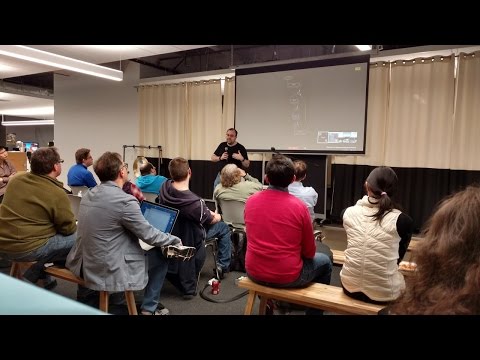 Presentation by Clinton Roy at PyCon Australia, on August 6th 2017: 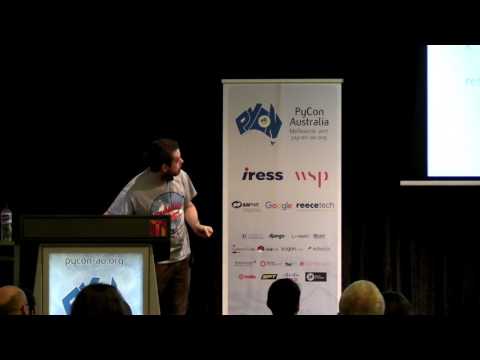 Why use state machines?

Sometimes you have to create an object whose behavior varies with its state, but still wishes to present a consistent interface to its callers.

For example, let's say you're writing the software for a coffee machine. It has a lid that can be opened or closed, a chamber for water, a chamber for coffee beans, and a button for "brew".

With diligence and attention to detail, you can implement this correctly using a collection of attributes on an object; has_water, has_beans, is_lid_open and so on. However, you have to keep all these attributes consistent. As the coffee maker becomes more complex - perhaps you add an additional chamber for flavorings so you can make hazelnut coffee, for example - you have to keep adding more and more checks and more and more reasoning about which combinations of states are allowed.

Rather than adding tedious 'if' checks to every single method to make sure that each of these flags are exactly what you expect, you can use a state machine to ensure that if your code runs at all, it will be run with all the required values initialized, because they have to be called in the order you declare them.

You can read about state machines and their advantages for Python programmers in considerably more detail in this excellent series of articles from ClusterHQ.

There are dozens of libraries on PyPI implementing state machines. So it behooves me to say why yet another one would be a good idea.

Automat is designed around this principle: while organizing your code around state machines is a good idea, your callers don't, and shouldn't have to, care that you've done so. In Python, the "input" to a stateful system is a method call; the "output" may be a method call, if you need to invoke a side effect, or a return value, if you are just performing a computation in memory. Most other state-machine libraries require you to explicitly create an input object, provide that object to a generic "input" method, and then receive results, sometimes in terms of that library's interfaces and sometimes in terms of classes you define yourself.

For example, a snippet of the coffee-machine example above might be implemented as follows in naive Python:

With Automat, you'd create a class with a MethodicalMachine attribute:

and then you would break the above logic into two pieces - the brew_button input, declared like so:

It wouldn't do any good to declare a method body on this, however, because input methods don't actually execute their bodies when called; doing actual work is the output's job:

As well as a couple of states - and for simplicity's sake let's say that the only two states are have_beans and dont_have_beans:

dont_have_beans is the initial state because CoffeeBrewer starts without beans in it.

(And another input to put some beans in:)

Finally, you hook everything together with the upon method of the functions decorated with _machine.state:

To users of this coffee machine class though, it still looks like a POPO (Plain Old Python Object):

All of the inputs are provided by calling them like methods, all of the outputs are automatically invoked when they are produced according to the outputs specified to upon and all of the states are simply opaque tokens -although the fact that they're defined as methods like inputs and outputs allows you to put docstrings on them easily to document them.

How do I get the current state of a state machine?

Instead, just make your calling code do this:

and then change your state machine to look like this:

Input for Inputs and Output for Outputs

Quite often you want to be able to pass parameters to your methods, as well as inspecting their results. For example, when you brew the coffee, you might expect a cup of coffee to result, and you would like to see what kind of coffee it is. And if you were to put delicious hand-roasted small-batch artisanal beans into the machine, you would expect a better cup of coffee than if you were to use mass-produced beans. You would do this in plain old Python by adding a parameter, so that's how you do it in Automat as well.

However, one important difference here is that we can't add any implementation code to the input method. Inputs are purely a declaration of the interface; the behavior must all come from outputs. Therefore, the change in the state of the coffee machine must be represented as an output. We can add an output method like this:

and then connect it to the put_in_beans by changing the transition from dont_have_beans to have_beans like so:

Now, when you call:

the machine will remember the beans for later.

So how do we get the beans back out again? One of our outputs needs to have a return value. It would make sense if our brew_button method returned the cup of coffee that it made, so we should add an output. So, in addition to heating the heating element, let's add a return value that describes the coffee. First a new output:

Note that we don't need to check first whether self._beans exists or not, because we can only reach this output method if the state machine says we've gone through a set of states that sets this attribute.

Now, we need to hook up _describe_coffee to the process of brewing, so change the brewing transition to:

Now, we can call it:

Except... wait a second, what's that None doing there?

Since every input can produce multiple outputs, in automat, the default return value from every input invocation is a list. In this case, we have both _heat_the_heating_element and _describe_coffee outputs, so we're seeing both of their return values. However, this can be customized, with the collector argument to upon; the collector is a callable which takes an iterable of all the outputs' return values and "collects" a single return value to return to the caller of the state machine.

In this case, we only care about the last output, so we can adjust the call to upon like this:

And now, we'll get just the return value we want:

If I can't get the state of the state machine, how can I save it to (a database, an API response, a file on disk...)

There are APIs for serializing the state machine.

First, you have to decide on a persistent representation of each state, via the serialized= argument to the MethodicalMachine.state() decorator.

Let's take this very simple "light switch" state machine, which can be on or off, and flipped to reverse its state:

Now, let's just add an input that lets us tell if the switch is on or not.

To save the state, we have the MethodicalMachine.serializer() method. A method decorated with @serializer() gets an extra argument injected at the beginning of its argument list: the serialized identifier for the state. In this case, either "on" or "off". Since state machine output methods can also affect other state on the object, a serializer method is expected to return all relevant state for serialization.

Serializers can be public methods, and they can return whatever you like. If necessary, you can have different serializers - just multiple methods decorated with @_machine.serializer() - for different formats; return one data-structure for JSON, one for XML, one for a database row, and so on.

When it comes time to unserialize, though, you generally want a private method, because an unserializer has to take a not-fully-initialized instance and populate it with state. It is expected to return the serialized machine state token that was passed to the serializer, but it can take whatever arguments you like. Of course, in order to return that, it probably has to take it somewhere in its arguments, so it will generally take whatever a paired serializer has returned as an argument.

Generally you will want a classmethod deserialization constructor which you write yourself to call this, so that you know how to create an instance of your own object, like so:

Saving and loading our LightSwitch along with its state-machine state can now be accomplished as follows:

Go forth and machine all the state!

The python package Automat receives a total of 538,529 weekly downloads. As such, Automat popularity was classified as a popular. Visit the popularity section on Snyk Advisor to see the full health analysis.

We found indications that Automat maintenance is sustainable demonstrating some project activity. We saw a total of 30 open source contributors collaborating on the project. See the full package health analysis to learn more about the package maintenance status.

Is Automat safe to use?

The python package Automat was scanned for known vulnerabilities and missing license, and no issues were found. Thus the package was deemed as safe to use. See the full health analysis review.