The PyPI package algo-battle receives a total of 243 downloads a week. As such, we scored algo-battle popularity level to be Limited.

Based on project statistics from the GitHub repository for the PyPI package algo-battle, we found that it has been starred 1 times, and that 0 other projects in the ecosystem are dependent on it.

We found a way for you to contribute to the project! Looks like algo-battle is missing a security policy.

Further analysis of the maintenance status of algo-battle based on released PyPI versions cadence, the repository activity, and other data points determined that its maintenance is Inactive.

An important project maintenance signal to consider for algo-battle is that it hasn't seen any new versions released to PyPI in the past 12 months, and could be considered as a discontinued project, or that which receives low attention from its maintainers.

We found a way for you to contribute to the project! Looks like algo-battle is missing a Code of Conduct. 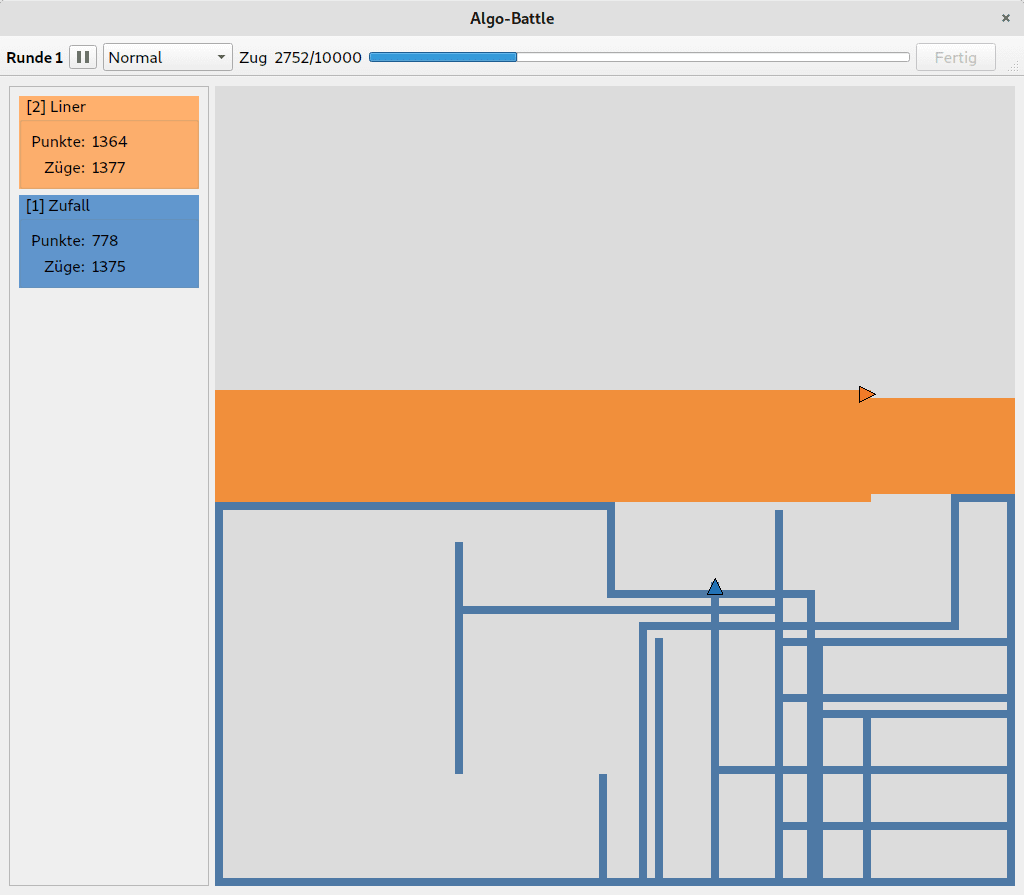 Educational Project to let different algorithms compete against each other. Currently only available in German. Visit Snyk Advisor to see a full health score report for algo-battle, including popularity, security, maintenance & community analysis.

The python package algo-battle receives a total of 243 weekly downloads. As such, algo-battle popularity was classified as limited. Visit the popularity section on Snyk Advisor to see the full health analysis.

We found indications that algo-battle is an Inactive project. See the full package health analysis to learn more about the package maintenance status.

Is algo-battle safe to use?

The python package algo-battle was scanned for known vulnerabilities and missing license, and no issues were found. Thus the package was deemed as safe to use. See the full health analysis review.