Based on project statistics from the GitHub repository for the PyPI package airflow-code-editor, we found that it has been starred 82 times, and that 0 other projects in the ecosystem are dependent on it.

We found a way for you to contribute to the project! Looks like airflow-code-editor is missing a security policy.

A security vulnerability was detected in an indirect dependency that is added to your project when the latest version of airflow-code-editor is installed.

Further analysis of the maintenance status of airflow-code-editor based on released PyPI versions cadence, the repository activity, and other data points determined that its maintenance is Sustainable.

Readme
Yes
Contributing.md
No
Code of Conduct
No
Contributors
3
Funding
No

We found a way for you to contribute to the project! Looks like airflow-code-editor is missing a Code of Conduct.

A plugin for Apache Airflow that allows you to edit DAGs in browser. It provides a file managing interface within specified directories and it can be used to edit and download your files. The DAGs are stored in a Git repository. You may use it to view Git history, review local changes and commit. 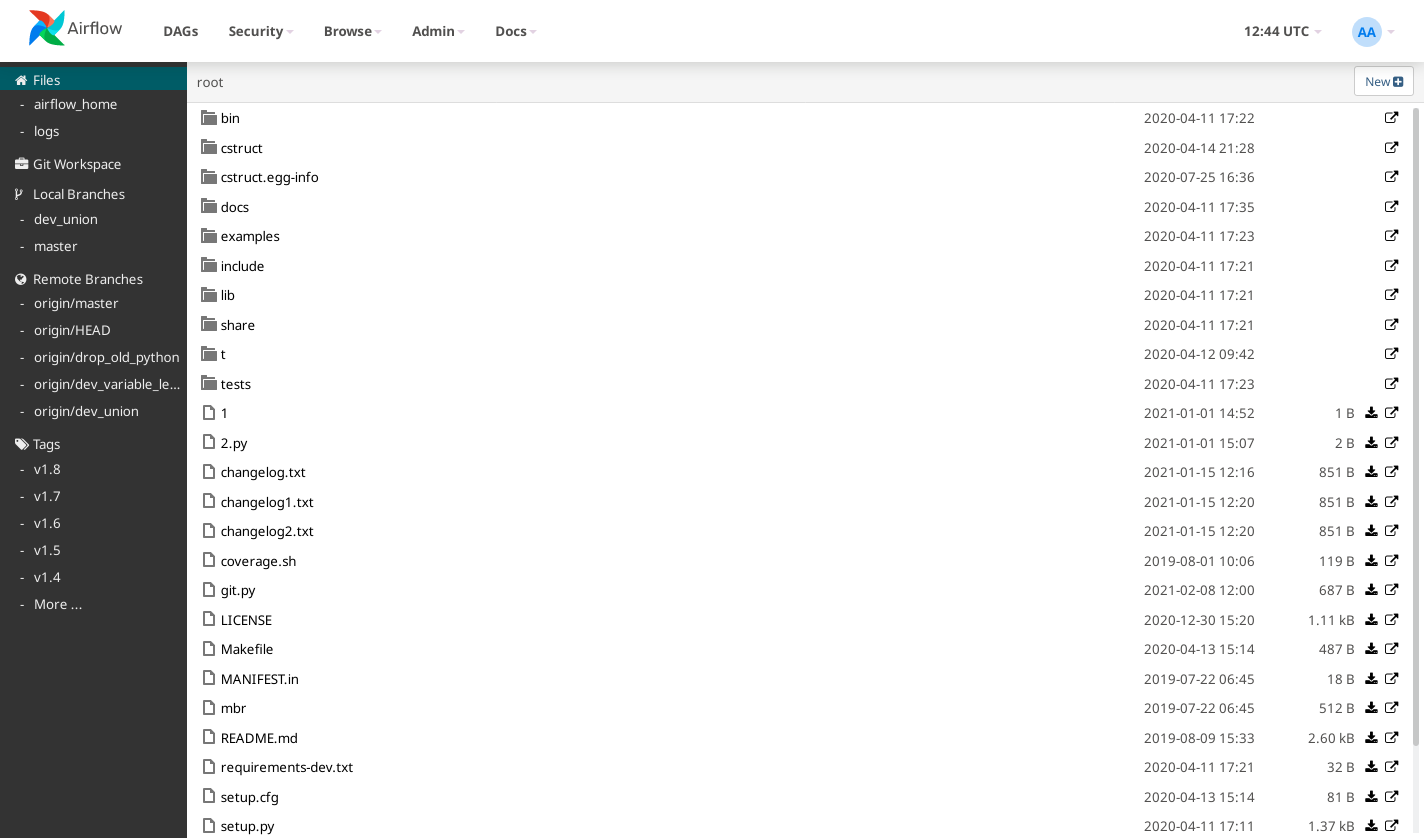 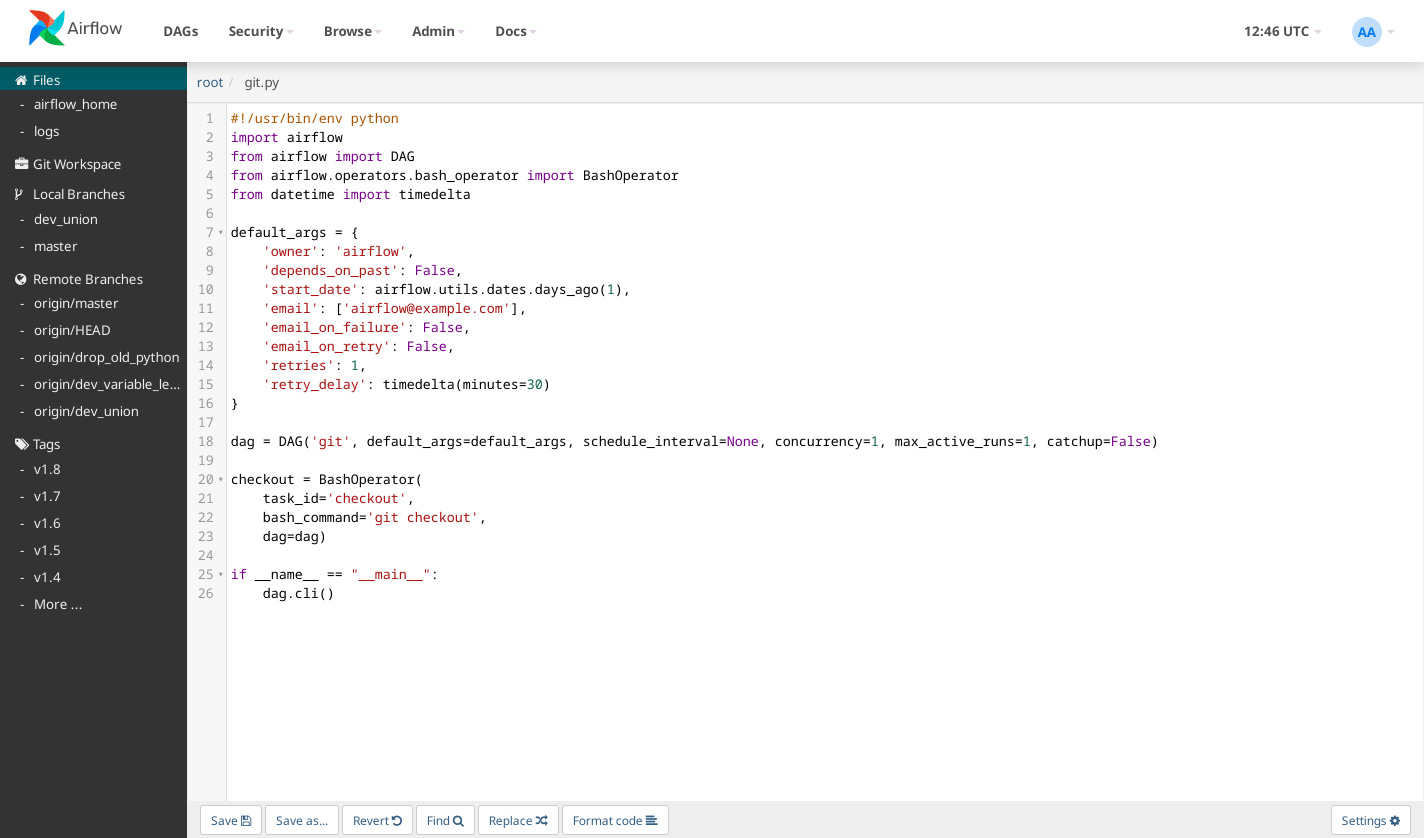 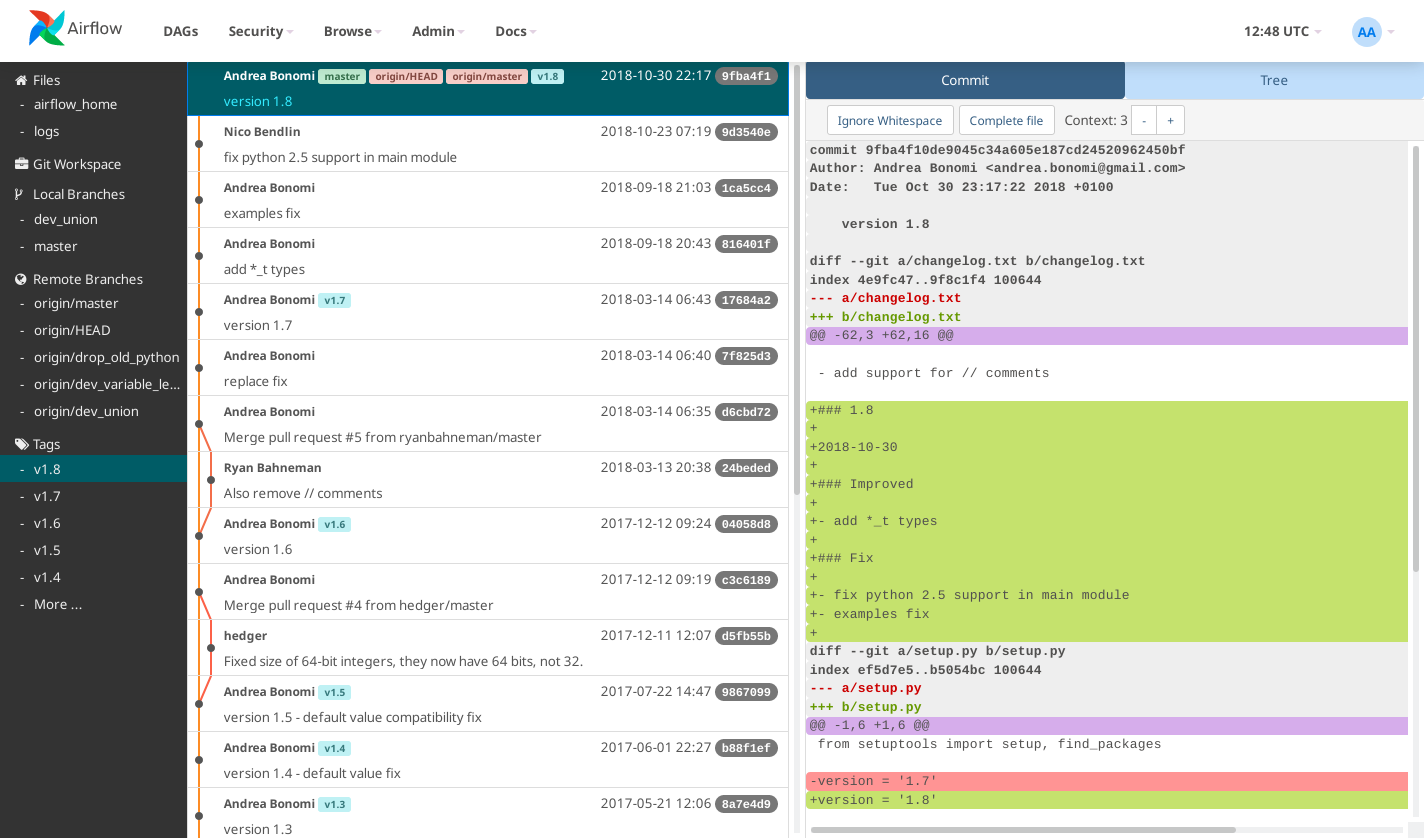 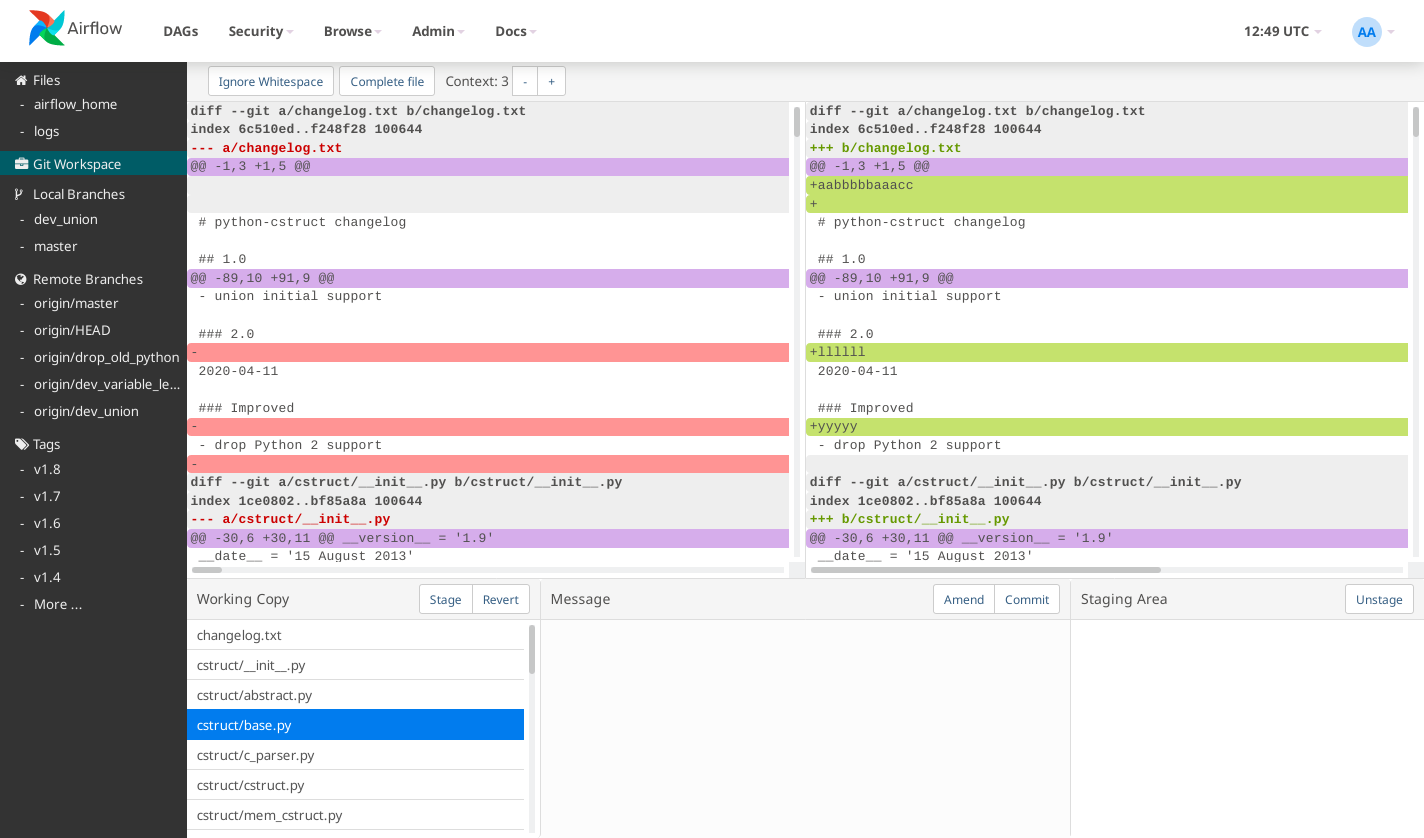 You can edit your airflow.cfg adding any of the following settings in the [code_editor] section.

Is airflow-code-editor safe to use?

While scanning the latest version of airflow-code-editor, we found that a security review is needed. A total of 4 vulnerabilities or license issues were detected. See the full security scan results.

We found indications that airflow-code-editor maintenance is sustainable demonstrating some project activity. We saw a total of 3 open source contributors collaborating on the project. See the full package health analysis to learn more about the package maintenance status.