The PyPI package aiida-castep receives a total of 309 downloads a week. As such, we scored aiida-castep popularity level to be Small.

Based on project statistics from the GitHub repository for the PyPI package aiida-castep, we found that it has been starred 1,656 times, and that 0 other projects in the ecosystem are dependent on it.

We found a way for you to contribute to the project! Looks like aiida-castep is missing a security policy.

Further analysis of the maintenance status of aiida-castep based on released PyPI versions cadence, the repository activity, and other data points determined that its maintenance is Inactive.

An important project maintenance signal to consider for aiida-castep is that it hasn't seen any new versions released to PyPI in the past 12 months, and could be considered as a discontinued project, or that which receives low attention from its maintainers.

With more than 10 contributors for the aiida-castep repository, this is possibly a sign for a growing and inviting community.

We found a way for you to contribute to the project! Looks like aiida-castep is missing a Code of Conduct.

A plugin for AiiDA to work with plane-wave pseudopotential DFT code CASTEP. CASTEP has a single binary executable and calculation is primarily controlled by the task keyword. The generic CastepCalculation should work with all tasks, at least in terms of generating input files. Likewise a generic CastepParser class is implemented and can handle parsing most information we are interested in singlepoint, geometryoptimisation, bandstructure/spectral tasks. Most output files are retrieved if present, and it is possible to explicitly request retrieval from the remote computer. The goal of this plugin is not to provide a comprehensive parser of the CASTEP results, but to build a graph of calculations performed for provenance preservation and workflow automation. Input and output of a simple calculation:

or a series of operations and automated calculations: 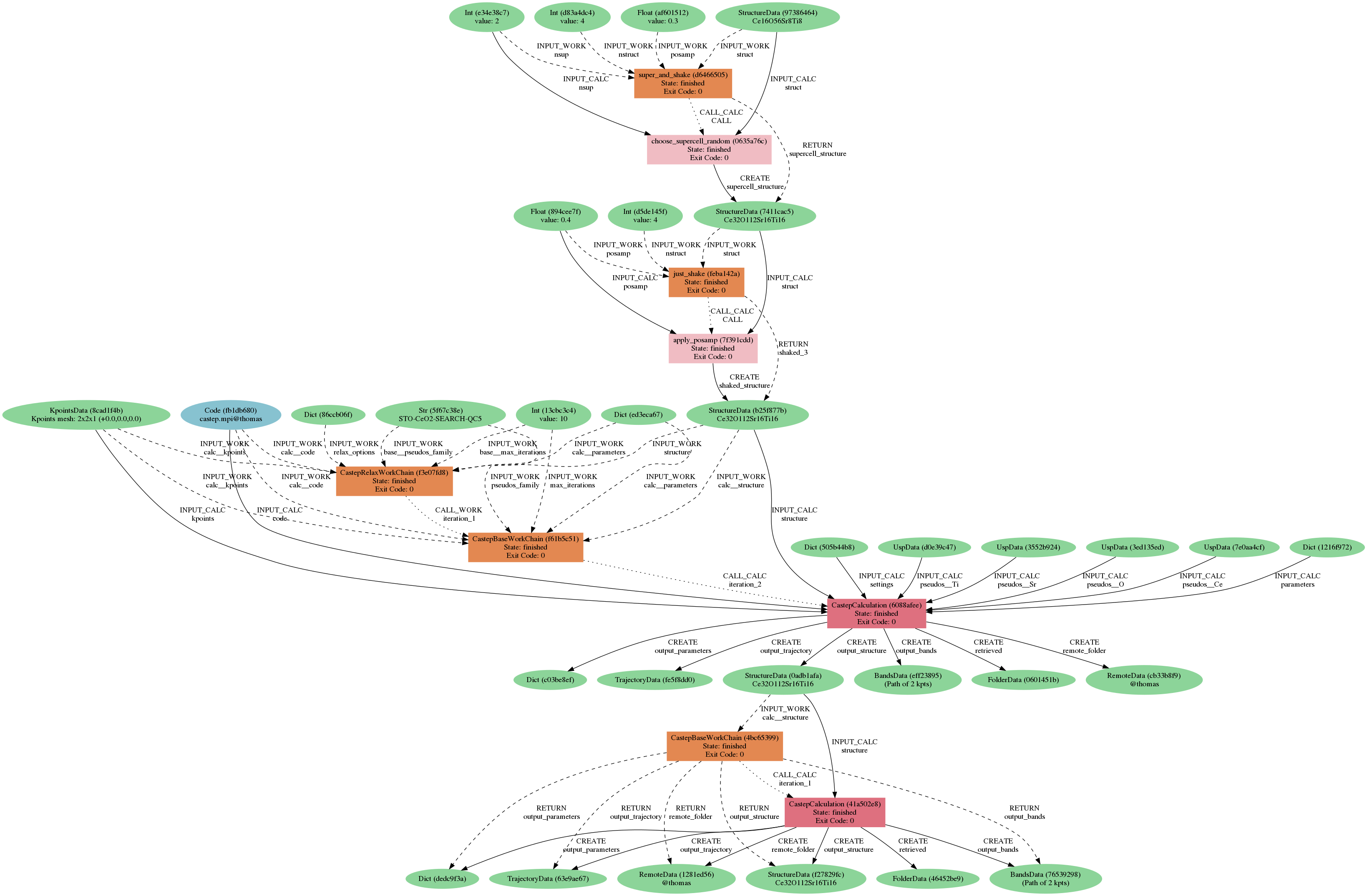 The raw files can always be extracted from the database and analysed by the post-processing tools of choice. Even better, such tools may be integrated with the AiiDA framework and have the analysis appended to the provenance graph.

The primary dependency is the aiida_core package. The dependencies are:

Due to major design and API changes in the aiida_core, scripts written are incompatible between and new versions.

The tests uses the pytest framework. First, install with the dependencies

Then you can run the command pytest from the project directory.

Is aiida-castep safe to use?

The python package aiida-castep was scanned for known vulnerabilities and missing license, and no issues were found. Thus the package was deemed as safe to use. See the full health analysis review.

We found indications that aiida-castep is an Inactive project. See the full package health analysis to learn more about the package maintenance status.