The PyPI package adjsim receives a total of 59 downloads a week. As such, we scored adjsim popularity level to be Limited.

Based on project statistics from the GitHub repository for the PyPI package adjsim, we found that it has been starred 8 times, and that 0 other projects in the ecosystem are dependent on it.

We found a way for you to contribute to the project! Looks like adjsim is missing a security policy.

Further analysis of the maintenance status of adjsim based on released PyPI versions cadence, the repository activity, and other data points determined that its maintenance is Inactive.

An important project maintenance signal to consider for adjsim is that it hasn't seen any new versions released to PyPI in the past 12 months, and could be considered as a discontinued project, or that which receives low attention from its maintainers.

We found a way for you to contribute to the project! Looks like adjsim is missing a Code of Conduct.

Designed and developed by Sever Topan

At its core, AdjSim is an agent-based modelling engine. It allows users to define simulation environments through which agents interact through ability casting and timestep iteration. The framework is targeted towards agents that behave intelligently, for example a bacterium chasing down food. However, the framework is extremely flexible - from enabling physics simulation to defining an environment in which Conway's Game of Life plays out! AdjSim aims to be a foundational architecture on top of which reinforcement learning can be built.

The simulation can be viewed in real time as it unfolds, with graphics are rendered and animated using PyQt5. Below are four of the distinct examples packadged with AdjSim, ranging from bacteria to moon system simulation.

Agent properties can be marked for tracking during simulation, allowing for viewing the results of these values once the simulation completes. For example, we can track the population of each different type of agent, or the efficacy of the agent's ability to meet its intelligence module-defined goals. 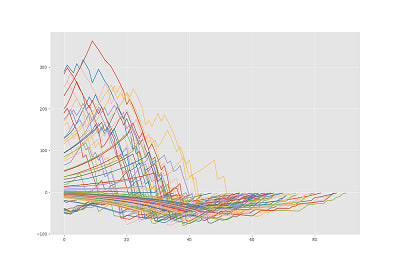 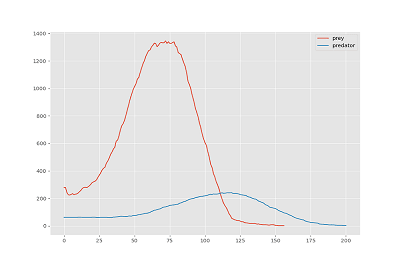 Perhaps the most computationally interesting aspect of AdjSim lies in its intelligence module. It allows agents to set goals (for example, the goal of a bacterium may be to maximize its calories), and assess its actions in terms of its ability to meet its goals. This allows the agents to learn which actions are best used in a given situation. Currently the intelligence module implements Q-Learning, but more advanced reinforcement learning techniques are coming soon!

The python package adjsim receives a total of 59 weekly downloads. As such, adjsim popularity was classified as limited. Visit the popularity section on Snyk Advisor to see the full health analysis.

We found indications that adjsim is an Inactive project. See the full package health analysis to learn more about the package maintenance status.

Is adjsim safe to use?

The python package adjsim was scanned for known vulnerabilities and missing license, and no issues were found. Thus the package was deemed as safe to use. See the full health analysis review.