The npm package webgl-raub receives a total of 12 downloads a week. As such, we scored webgl-raub popularity level to be Limited.

Based on project statistics from the GitHub repository for the npm package webgl-raub, we found that it has been starred 66 times, and that 1 other projects in the ecosystem are dependent on it.

With more than 10 contributors for the webgl-raub repository, this is possibly a sign for a growing and inviting community.

We found a way for you to contribute to the project! Looks like webgl-raub is missing a Code of Conduct.

Further analysis of the maintenance status of webgl-raub based on released npm versions cadence, the repository activity, and other data points determined that its maintenance is Inactive.

An important project maintenance signal to consider for webgl-raub is that it hasn't seen any new versions released to npm in the past 12 months, and could be considered as a discontinued project, or that which receives low attention from its maintainers.

webgl-raub has more than a single and default latest tag published for the npm package. This means, there may be other tags available for this package, such as next to indicate future releases, or stable to indicate stable releases.

This is a part of Node3D project.

Note: this addon uses N-API, and therefore is ABI-compatible across different Node.js versions. Addon binaries are precompiled and there is no compilation step during the npm i command. 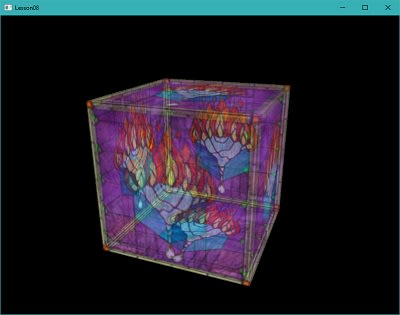 This module does not provide a window control system, and it can not set up an OpenGL context on its own. This API simply maps the native OpenGL function calls to their JS counterpart.

TL;DR: see 3d-core-raub for a quick start in a fully sufficient environment.

To use browser WebGL libs, like three.js, several additional interfaces must also be provided to mimic the browser.

There is node-glfw module, which solves both window handling and additional browser-like interfaces. It is also bundled into the 3d-core-raub module, for that matter.

OSX Note: some features may depend on OpenGL profile being used. Core profile is necessary for VAO and other OpenGL 3.2+ features. Depending on your windowing backend, set the OpenGL profile of your preference. In case glfw-raub is used, the profile can be set through the Window/Document constructor or with glfw.windowHint calls.

Being a low level interface, WebGL requires a lot of effort to build apps. For that matter there are numerous frameworks around it. One of them is three.js. It is known to work well on Node.js with this implementation of WebGL.

You can try to use three.js your own way, but there is a far better option: node-3d-core, which gets you two steps ahead for free.

The npm package webgl-raub receives a total of 12 weekly downloads. As such, webgl-raub popularity was classified as limited. Visit the popularity section on Snyk Advisor to see the full health analysis.

We found indications that webgl-raub is an Inactive project. See the full package health analysis to learn more about the package maintenance status.

Is webgl-raub safe to use?

The npm package webgl-raub was scanned for known vulnerabilities and missing license, and no issues were found. Thus the package was deemed as safe to use. See the full health analysis review.