Based on project statistics from the GitHub repository for the npm package this-is-probably-ok-to-say, we found that it has been starred 6 times, and that 6 other projects in the ecosystem are dependent on it.

We found a way for you to contribute to the project! Looks like this-is-probably-ok-to-say is missing a Code of Conduct.

Further analysis of the maintenance status of this-is-probably-ok-to-say based on released npm versions cadence, the repository activity, and other data points determined that its maintenance is Inactive.

An important project maintenance signal to consider for this-is-probably-ok-to-say is that it hasn't seen any new versions released to npm in the past 12 months, and could be considered as a discontinued project, or that which receives low attention from its maintainers.

this-is-probably-ok-to-say has more than a single and default latest tag published for the npm package. This means, there may be other tags available for this package, such as next to indicate future releases, or stable to indicate stable releases. 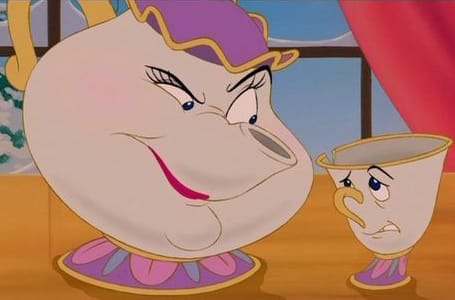 TW: this module is meant to filter out problematic language, as such there may be triggering content in the source code and/or dependencies. index.js is safe, but badSequences, customList, and sensitiveWords are probably not good files to read.

TODO: make a tool that lets u add words to these lists without looking at the lists themselves

My main use for this module is twitter bots. I don't want my bots saying bad things, or interacting with users that are saying bad things. There are plenty of words out there and many more to be created, so filtering out vast swaths of them is not really an issue.

Some of the words are just cusses. So yeah, that might filter out awesome tweets like "FUCK CAPITALISM", but it will also mean that my bots never tweet something like "FUCK {group of people}".

On that note, some of the words are just names for groups of people! For a while I wondered whether in the course of trying to avoid saying messed up stuff I was effectively erasing these groups from the world of my bots.

in addition to running iscool/worfilter on a string, tipots also has an expanded filter list of words to avoid, as well as word sequences that might be ok when broken up but are not cool together (i.e, "electric chair"), while also running sentiment analysis and rejecting any strings that have a very negative score and also mention a sensitive word such as a religion or ethnicity.

If in the course of using tipots you find that it lets through a word or string that is not cool, please open an issue or make a PR so we can change that! This is the file of bad sequences of words and this is the file of just bad words though ⚠️ both of these files are obviously full of problematic language :< Words that are usually ok to tweet about but that might be innapropriate in a very negatively charged tweet can go in sensitive words

THANKS FOR ALL THE MODULES

We found indications that this-is-probably-ok-to-say is an Inactive project. See the full package health analysis to learn more about the package maintenance status.

Is this-is-probably-ok-to-say safe to use?

The npm package this-is-probably-ok-to-say was scanned for known vulnerabilities and missing license, and no issues were found. Thus the package was deemed as safe to use. See the full health analysis review.