Based on project statistics from the GitHub repository for the npm package swagger-ui-watcher, we found that it has been starred 158 times.

With more than 10 contributors for the swagger-ui-watcher repository, this is possibly a sign for a growing and inviting community.

We found a way for you to contribute to the project! Looks like swagger-ui-watcher is missing a Code of Conduct.

Further analysis of the maintenance status of swagger-ui-watcher based on released npm versions cadence, the repository activity, and other data points determined that its maintenance is Healthy.

swagger-ui-watcher has more than a single and default latest tag published for the npm package. This means, there may be other tags available for this package, such as next to indicate future releases, or stable to indicate stable releases.

Swagger UI Watcher detects changes in your local Swagger files and reload Swagger UI in your browser to give you fluid workflow. It is primarily developed to work with multiple Swagger files using $ref.

For watching the changes in target directory, following command is used

For creating the bundled file, provide the optional argument bundle 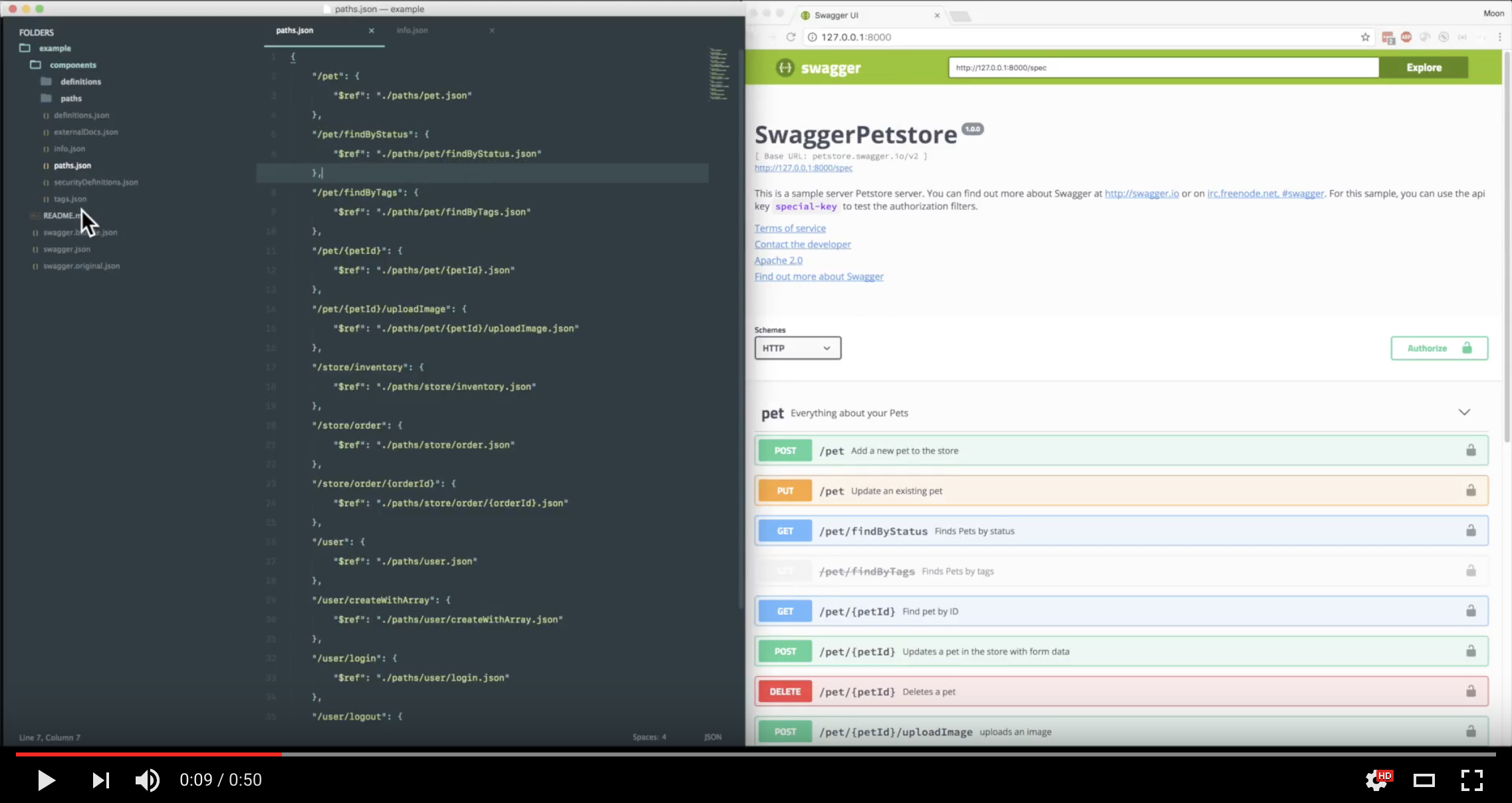 Do What You Want to Public License

Swagger UI Watcher detects changes in your local Swagger files and reload Swagger UI in your browser to give you fluid ... Visit Snyk Advisor to see a full health score report for swagger-ui-watcher, including popularity, security, maintenance & community analysis.

We found that swagger-ui-watcher demonstrated a healthy version release cadence and project activity. It has a community of 20 open source contributors collaborating on the project. See the full package health analysis to learn more about the package maintenance status.

Is swagger-ui-watcher safe to use?

The npm package swagger-ui-watcher was scanned for known vulnerabilities and missing license, and no issues were found. Thus the package was deemed as safe to use. See the full health analysis review.