Based on project statistics from the GitHub repository for the npm package stremio-addons-client, we found that it has been starred 15 times, and that 0 other projects in the ecosystem are dependent on it.

We found a way for you to contribute to the project! Looks like stremio-addons-client is missing a Code of Conduct.

Further analysis of the maintenance status of stremio-addons-client based on released npm versions cadence, the repository activity, and other data points determined that its maintenance is Inactive.

An important project maintenance signal to consider for stremio-addons-client is that it hasn't seen any new versions released to npm in the past 12 months, and could be considered as a discontinued project, or that which receives low attention from its maintainers.

stremio-addons-client has more than a single and default latest tag published for the npm package. This means, there may be other tags available for this package, such as next to indicate future releases, or stable to indicate stable releases.

An example client to the Stremio add-ons protocol, similar to Stremio's Discover. Because the desktop app is nothing more but a client to the add-ons system, this is basically an open-source Stremio. 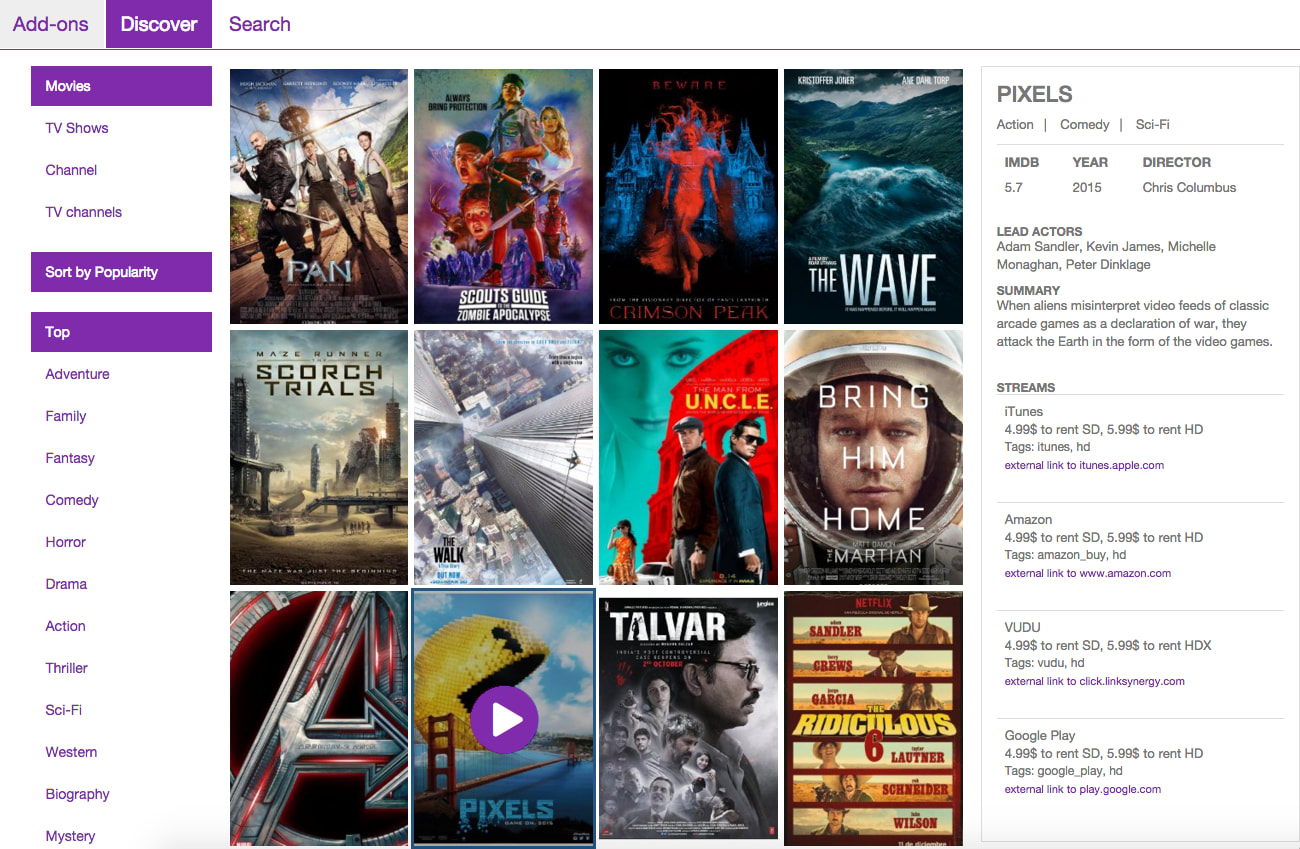 It's an example client of the stremio-addons system, which is the glue between Stremio and the add-ons. It mimics Stremio's Discover interface, and shows all available streams gathered from all add-ons for a selected movie/series/channel/etc.

The main purpose of this is to aid developers in creating their own Stremio add-on by showing them how the actual app(s) utilize the add-on client.

Open your browser at https://localhost:9900/#?addon=ADDON_URL for your own end-point

What are Stremio add-ons

That means either adding items to Discover or providing sources to stream content farom.

Unlike regular software plugins, Stremio addons do not run inside Stremio, but instead are hosted separately accessed through HTTP over network. You can think of them as RSS on steroids. Multiple addons can be enabled, providing you more content, without installation or security risks.

Does it use the same logic as the desktop app?

Yes, the absolutely same logic, except:

But all in all, if an add-on works here, it should work on the desktop app and the mobile app.

Can I see example add-ons?

You can see all known hosted Stremio add-ons at addons.strem.io

How to create my own add-on?

How to use this to test my add-on

To enable your add-on, add it's local endpoint (e.g. https://localhost:5555) via the bar on the bottom of the Add-ons tab: 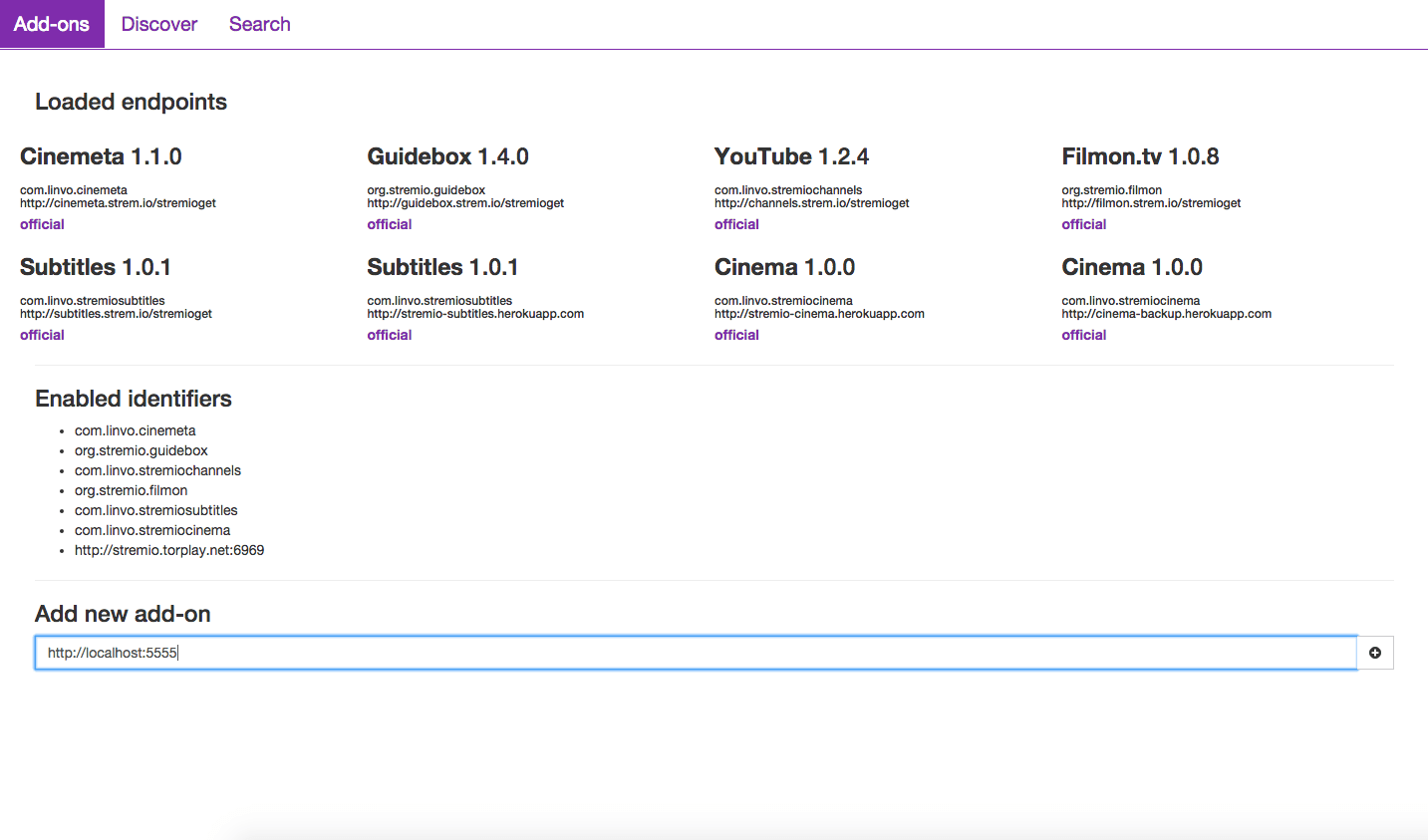 We found indications that stremio-addons-client is an Inactive project. See the full package health analysis to learn more about the package maintenance status.

Is stremio-addons-client safe to use?

The npm package stremio-addons-client was scanned for known vulnerabilities and missing license, and no issues were found. Thus the package was deemed as safe to use. See the full health analysis review.