The npm package roc receives a total of 51 downloads a week. As such, we scored roc popularity level to be Limited.

Based on project statistics from the GitHub repository for the npm package roc, we found that it has been starred 430 times, and that 56 other projects in the ecosystem are dependent on it.

We found a way for you to contribute to the project! Looks like roc is missing a Code of Conduct.

Further analysis of the maintenance status of roc based on released npm versions cadence, the repository activity, and other data points determined that its maintenance is Inactive.

An important project maintenance signal to consider for roc is that it hasn't seen any new versions released to npm in the past 12 months, and could be considered as a discontinued project, or that which receives low attention from its maintainers.

roc has more than a single and default latest tag published for the npm package. This means, there may be other tags available for this package, such as next to indicate future releases, or stable to indicate stable releases. 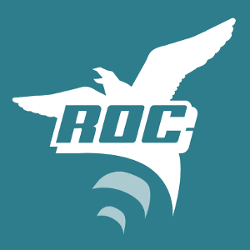 Quickly create products powered by libraries like Koa, React and Redux ready for deployment in production with minimal additional setup. Tools like Webpack and Babel power the build process.

Maintained and used in production by teams within Schibsted.

Use npm install -g roc@next to test the latest version.

All of this is provided by a flexible extension system, and several extensions are available today.

Examples of what can be done today

More will be possible in the future and creating your own extension is easy.

Creating a React application with Roc

See here for an article that explains the following in more detail.

To build and run in production just use:

Where to go from here

A very common use-case is to make modifications to your roc.config.js. To get a better understanding of all the possible options in the package use the roc list-settings command or --help for a specific command.

Roc uses templates to initialize new projects. Templates are very thin skeletons that depend on Roc extensions that manage the typical boilerplate. Meaning only your own code will leave a significant footprint in your project. This allows you to maintain a very clean separation of concerns as your projects evolve.

Official Roc extensions are semantically versioned and will include changelogs compiling change summaries, making upgrade paths much simpler across your projects.

Is this not Yeoman?

At first sight it might seem that Roc is similar to Yeoman but they do not address the same problem. Yeoman scaffolds a project for you based on a generator that might ask you some questions about how you want to setup your project. However after that has been performed there is no easy way to update the project if a new version of the generator is created. Yeoman will additionally add a lot of code into your project which is basically boilerplate code, that you will seldom touch. And if you manually fix some bug in the generated code you will have to manually do the same work in all other possible projects that are based on the same generator.

Roc will push a lot of the code that you would normally get from a generator away from your project and into versioned packages that can be updated and interacted with through a common interface. This means that you do not get code inside your projects that you will not care about most of the time like configuration files and common boilerplate, making it possible to update it. This leaves you with only the most important code inside your project. Additionally Roc is a composable system making it easy to add additional functionality with minimal effort after the initial project setup.

With that said you could definitely use Yeoman together with Roc if you so wish.

Roc tries to stay out of your way as much as possible and most extensions will not introduce any Roc-specific interfaces. Your project will still use your favourite libraries in the same way as you normally would.

See the repositories under this organisation

Roc was born out of the need to create modern applications following the correct conventions and using best practices consistently.

We quickly realized that keeping boilerplate updated within each project over time was unmanageable. It seems natural to have this repeated complexity managed by separated semantically versioned packages.

See this article for a more in-depth overview of the reasoning behind Roc.

Development of Roc was started before these posts where created but they still describe what Roc aims to solve in a good way:

Roc follows semantic versioning and is currently pre-release software that will soon be released as stable.

It is already used in production by teams within Schibsted as well as other companies and individuals.

We are open to, and grateful for, any contributions made by the community.

Thanks to Jongleberry for letting us use the roc package name on npm.

The npm package roc receives a total of 51 weekly downloads. As such, roc popularity was classified as limited. Visit the popularity section on Snyk Advisor to see the full health analysis.

We found indications that roc is an Inactive project. See the full package health analysis to learn more about the package maintenance status.

Is roc safe to use?

While scanning the latest version of roc, we found that a security review is needed. A total of 23 vulnerabilities or license issues were detected. See the full security scan results.