Based on project statistics from the GitHub repository for the npm package react-gallery-carousel, we found that it has been starred 138 times, and that 0 other projects in the ecosystem are dependent on it.

We found a way for you to contribute to the project! Looks like react-gallery-carousel is missing a security policy.

Further analysis of the maintenance status of react-gallery-carousel based on released npm versions cadence, the repository activity, and other data points determined that its maintenance is Healthy.

react-gallery-carousel has more than a single and default latest tag published for the npm package. This means, there may be other tags available for this package, such as next to indicate future releases, or stable to indicate stable releases.

The first version was published on 31st March 2021.

What problems do other Carousels have?

I have used and carefully analyzed a lot of carousel/slider components. I summarized that their issues are:

What did I set to achieve?

I wanted to write my own detail-oriented and exquisite carousel component that is easy to use yet solves/supports all these things above under the hood. 🤓

I wanted to take my understanding of JavaScript events, DOM manipulation, browser APIs, cross-browser compatibility and performance debugging to the next level. 🤓 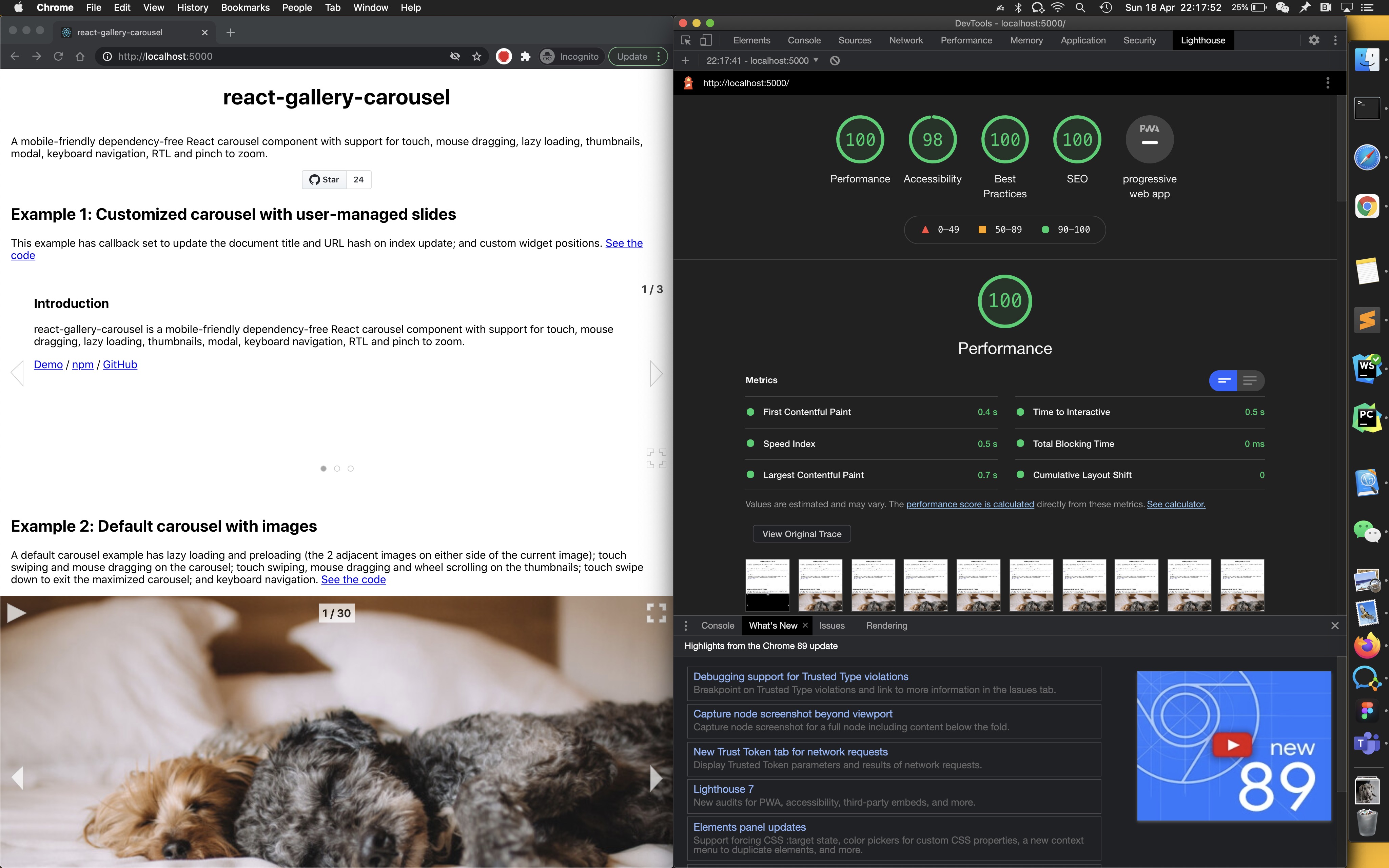 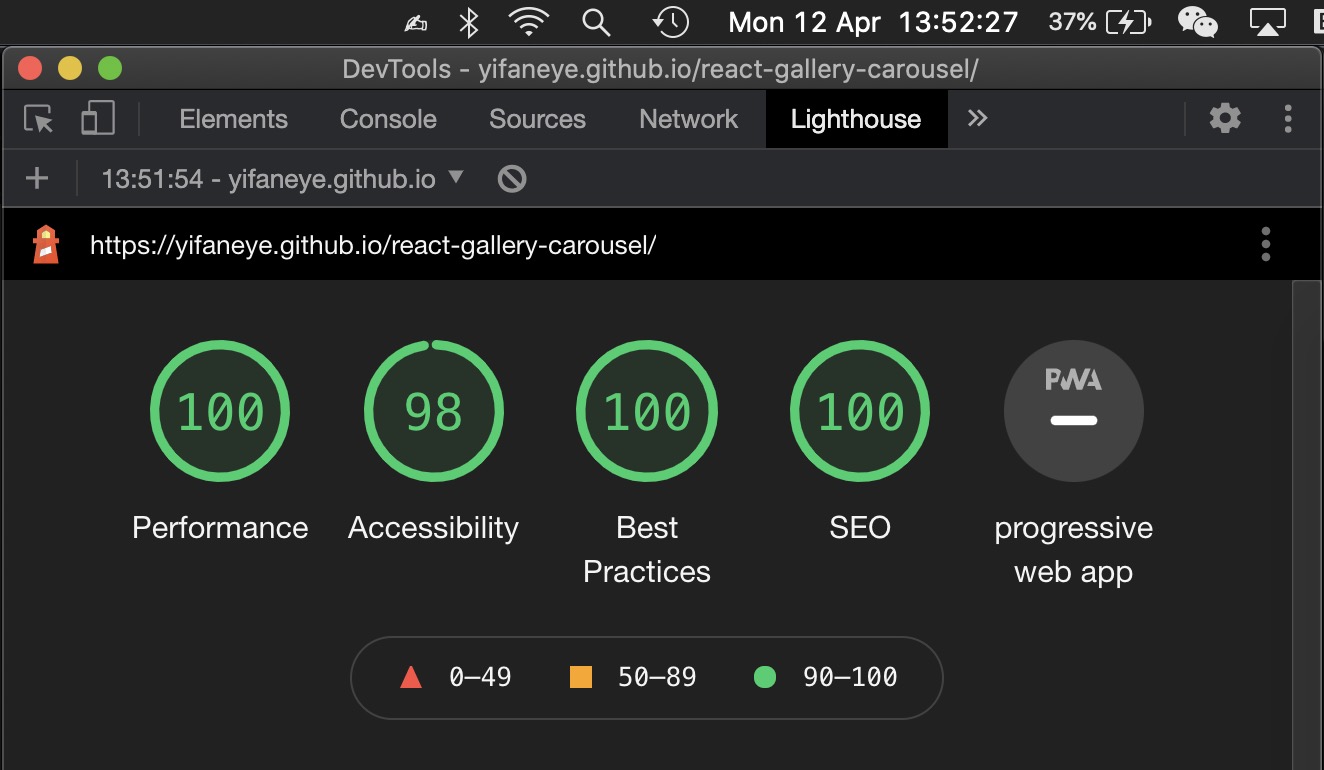 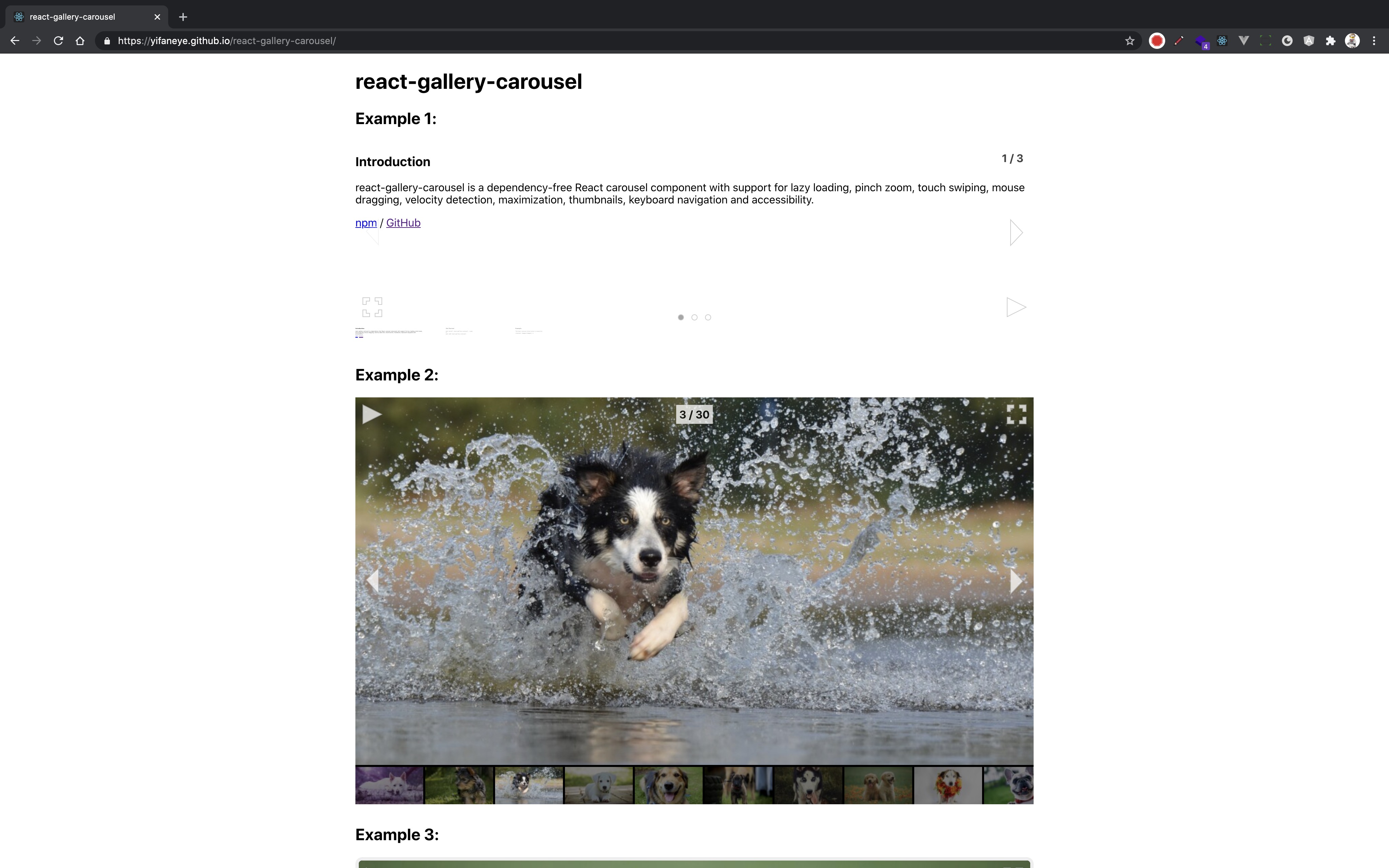 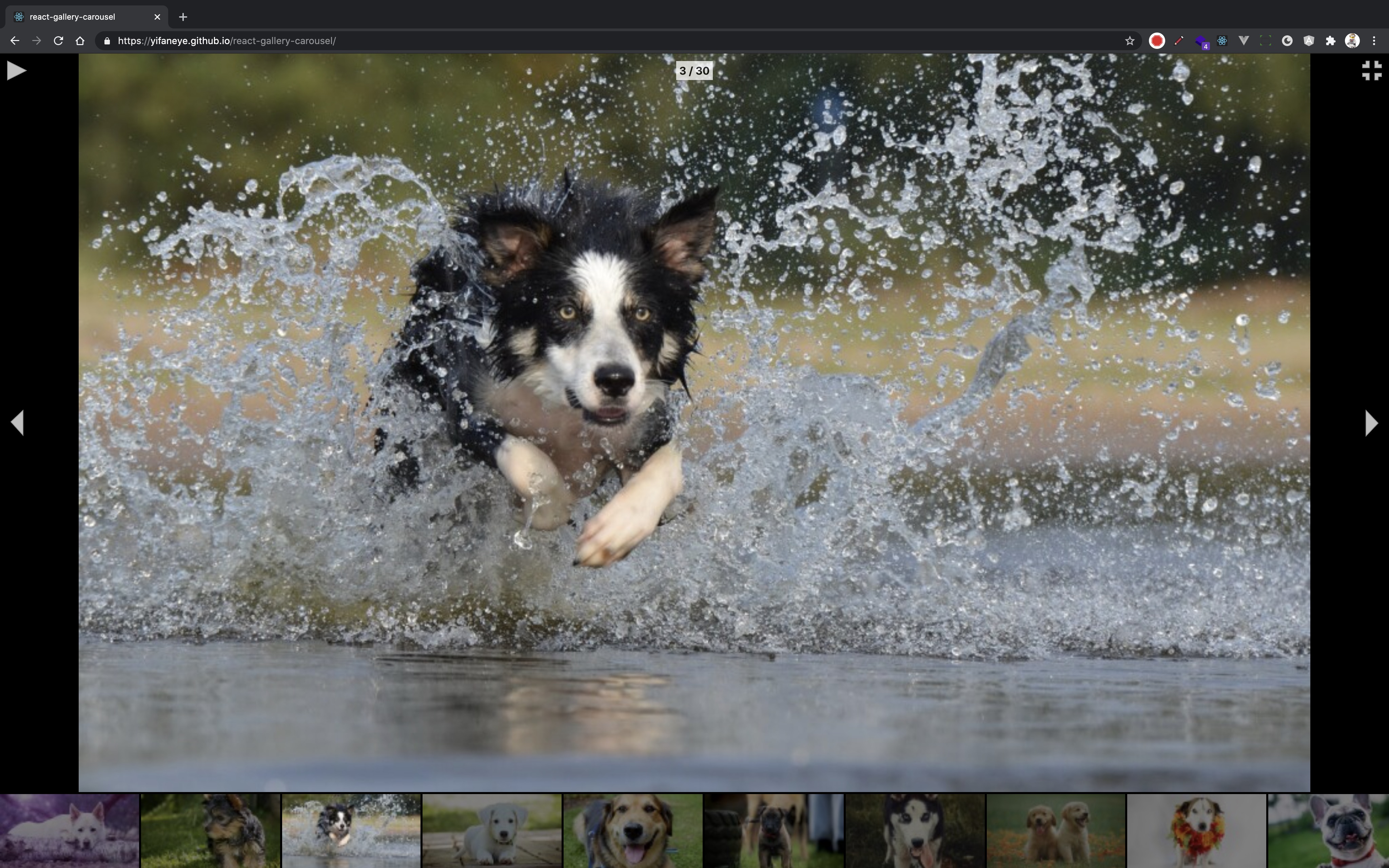 To customize the carousel, use the following props:

To customize the carousel in a declarative manner, use the props above (e.g. isAutoPlaying, isMaximized, index).

To customize the carousel in an imperative manner, use the following handlers (on the forwarded ref):

Q: How to place video, text or any element into a slide?

A: Custom elements in slides (called user-managed slides) can be placed using the children prop. Example: demo, code. Note: it (they) will be placed only if the 'images' prop is falsy.

Issues and pull requests are welcomed.

(Note: it is not helpful to run either of these commands in the background, because you will miss out on errors and warnings.)

Is react-gallery-carousel safe to use?

The npm package react-gallery-carousel was scanned for known vulnerabilities and missing license, and no issues were found. Thus the package was deemed as safe to use. See the full health analysis review.

We found that react-gallery-carousel demonstrated a healthy version release cadence and project activity. It has a community of 1 open source contributors collaborating on the project. See the full package health analysis to learn more about the package maintenance status.