Based on project statistics from the GitHub repository for the npm package node-red-contrib-logstash, we found that it has been starred 31 times, and that 1 other projects in the ecosystem are dependent on it.

We found a way for you to contribute to the project! Looks like node-red-contrib-logstash is missing a Code of Conduct.

Further analysis of the maintenance status of node-red-contrib-logstash based on released npm versions cadence, the repository activity, and other data points determined that its maintenance is Inactive.

An important project maintenance signal to consider for node-red-contrib-logstash is that it hasn't seen any new versions released to npm in the past 12 months, and could be considered as a discontinued project, or that which receives low attention from its maintainers.

node-red-contrib-logstash has more than a single and default latest tag published for the npm package. This means, there may be other tags available for this package, such as next to indicate future releases, or stable to indicate stable releases.

This project aims at providing a set of Node-RED nodes for modeling and executing any Logstash pipelines.

The Node-RED project provides a nice browser-based visual editor for wiring the Internet of Things.

This project makes the assumption that if you can wire IoT devices, you can wire anything. So, the initial idea is to use the excellent environment offered by the Node-RED platform in order to visually model Logstash pipelines as Node-RED flows. This project thus aims at providing all Logstash components (i.e. inputs, outputs and filters) in the form of additional Node-RED nodes that anyone can then easily assemble into her own Logstash pipeline instead of having to write the configuration file manually.

Using these new nodes and existing ones, one will not only be empowered to model her Logstash pipelines in a neat visual environment, but such pipelines can also be executed inside the Node-RED runtime.

Visual modeling and real-time execution of Logstash pipelines are nice, but there's more. Once the pipeline executes according to your expectations, you can generate and export the corresponding Logstash configuration file in order to use it on the Logstash command-line.

Another neat feature that this project is going to support is the ability to parse any existing Logstash configuration and automatically create the corresponding Node-RED flow, which can then be further re-arranged, improved, modified and re-exported. Yes, round-trip Logstash engineering!

Finally, since the Node-RED ecosystem also allows contributors to share their flows in the open Node-RED library for others to reuse, this basically opens the door to sharing your Logstash pipelines with others.

To sum up, this project can be seen as some sort of missing Visual IDE for Logstash, which allows you to:

Once Node-RED is started, you'll find all the Logstash nodes in the left sidebar, called the palette.

You can drag and drop them into the workspace and visually compose your pipeline (aka Node-RED flow).

The official settings for the file input plugin are shown on the figure below (taken from the official documentation): 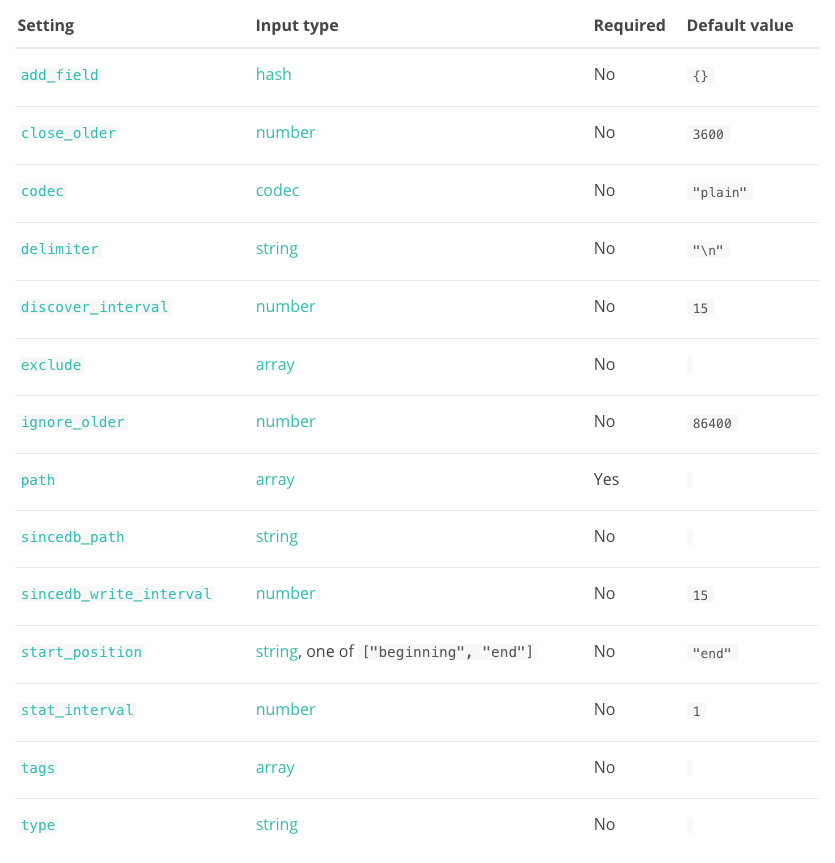 Once you add a node into the workspace, you can configure its settings by double clicking on the node in order to open a configuration dialog, such as the one shown below for the file input node. 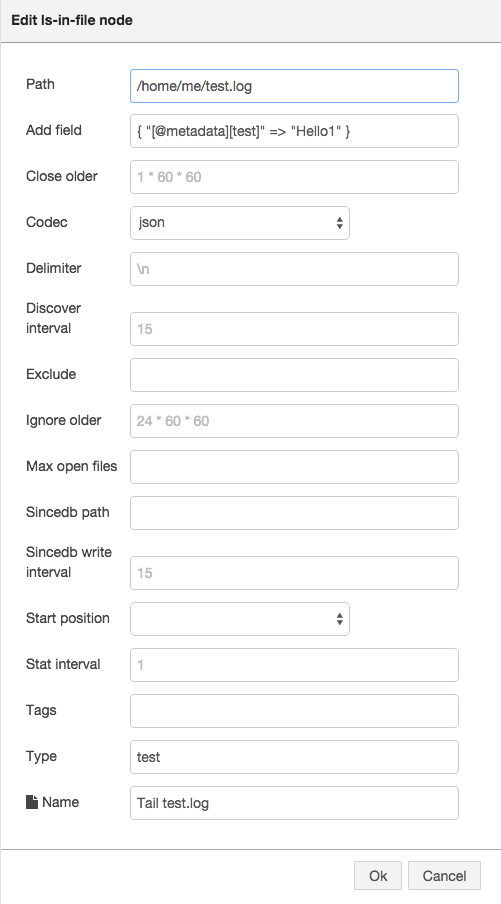 The very simple pipeline wired in step 1 above basically corresponds to the following Logstash configuration, which has been automatically generated from the above pipeline/flow:

And now the limit is the sky!

The ultimate objective of this project is to migrate this visual Logstash editor environment as a Kibana plugin.

We found indications that node-red-contrib-logstash is an Inactive project. See the full package health analysis to learn more about the package maintenance status.

Is node-red-contrib-logstash safe to use?

The npm package node-red-contrib-logstash was scanned for known vulnerabilities and missing license, and no issues were found. Thus the package was deemed as safe to use. See the full health analysis review.