Based on project statistics from the GitHub repository for the npm package ng-zorro-antd-mobile-mgl, we found that it has been starred 761 times, and that 3 other projects in the ecosystem are dependent on it.

With more than 10 contributors for the ng-zorro-antd-mobile-mgl repository, this is possibly a sign for a growing and inviting community.

Further analysis of the maintenance status of ng-zorro-antd-mobile-mgl based on released npm versions cadence, the repository activity, and other data points determined that its maintenance is Inactive.

An important project maintenance signal to consider for ng-zorro-antd-mobile-mgl is that it hasn't seen any new versions released to npm in the past 12 months, and could be considered as a discontinued project, or that which receives low attention from its maintainers.

ng-zorro-antd-mobile-mgl has more than a single and default latest tag published for the npm package. This means, there may be other tags available for this package, such as next to indicate future releases, or stable to indicate stable releases. 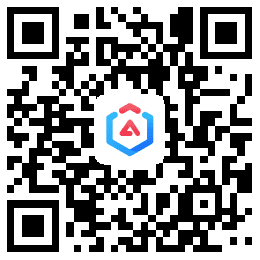 We recommend using @angular/cli to install，it not only makes development easier，but also allow you to take advantage of the rich ecosystem of angular packages and tooling.

We welcome all contributions. Please read our CONTRIBUTING.md first.

If you'd like to help us improve NG-ZORRO-MOBILE, just create a Pull Request. Feel free to report bugs and issues here.

If you're new to posting issues, we ask that you read How To Ask Questions The Smart Way(This guide does not provide actual support services for this project!) and How to Ask a Question in Open Source Community and How to Report Bugs Effectively prior to posting. Well written bug reports help us help you!

Help from the Community

For questions on how to use NG-ZORRO-MOBILE, please post questions to

using the ng-zorro-mobile tag. If you're not finding what you need on StackOverflow, you can find us on

As always, we encourage experienced users to help those who are not familiar with NG-ZORRO-MOBILE!

If your company or product is using NG-ZORRO-MOBILE, please let us know here!

We found indications that ng-zorro-antd-mobile-mgl is an Inactive project. See the full package health analysis to learn more about the package maintenance status.

Is ng-zorro-antd-mobile-mgl safe to use?

The npm package ng-zorro-antd-mobile-mgl was scanned for known vulnerabilities and missing license, and no issues were found. Thus the package was deemed as safe to use. See the full health analysis review.