All Versions
License
SEE LICENSE IN <LICENSE>
Security Policy
No

The npm package mark-editor receives a total of 15 downloads a week. As such, we scored mark-editor popularity level to be Small.

Based on project statistics from the GitHub repository for the npm package mark-editor, we found that it has been starred 5,006 times, and that 0 other projects in the ecosystem are dependent on it.

With more than 10 contributors for the mark-editor repository, this is possibly a sign for a growing and inviting community.

We found a way for you to contribute to the project! Looks like mark-editor is missing a Code of Conduct.

Further analysis of the maintenance status of mark-editor based on released npm versions cadence, the repository activity, and other data points determined that its maintenance is Inactive.

An important project maintenance signal to consider for mark-editor is that it hasn't seen any new versions released to npm in the past 12 months, and could be considered as a discontinued project, or that which receives low attention from its maintainers.

mark-editor has more than a single and default latest tag published for the npm package. This means, there may be other tags available for this package, such as next to indicate future releases, or stable to indicate stable releases.

Froala WYSIWYG HTML Editor is one of the most powerful JavaScript rich text editors ever. 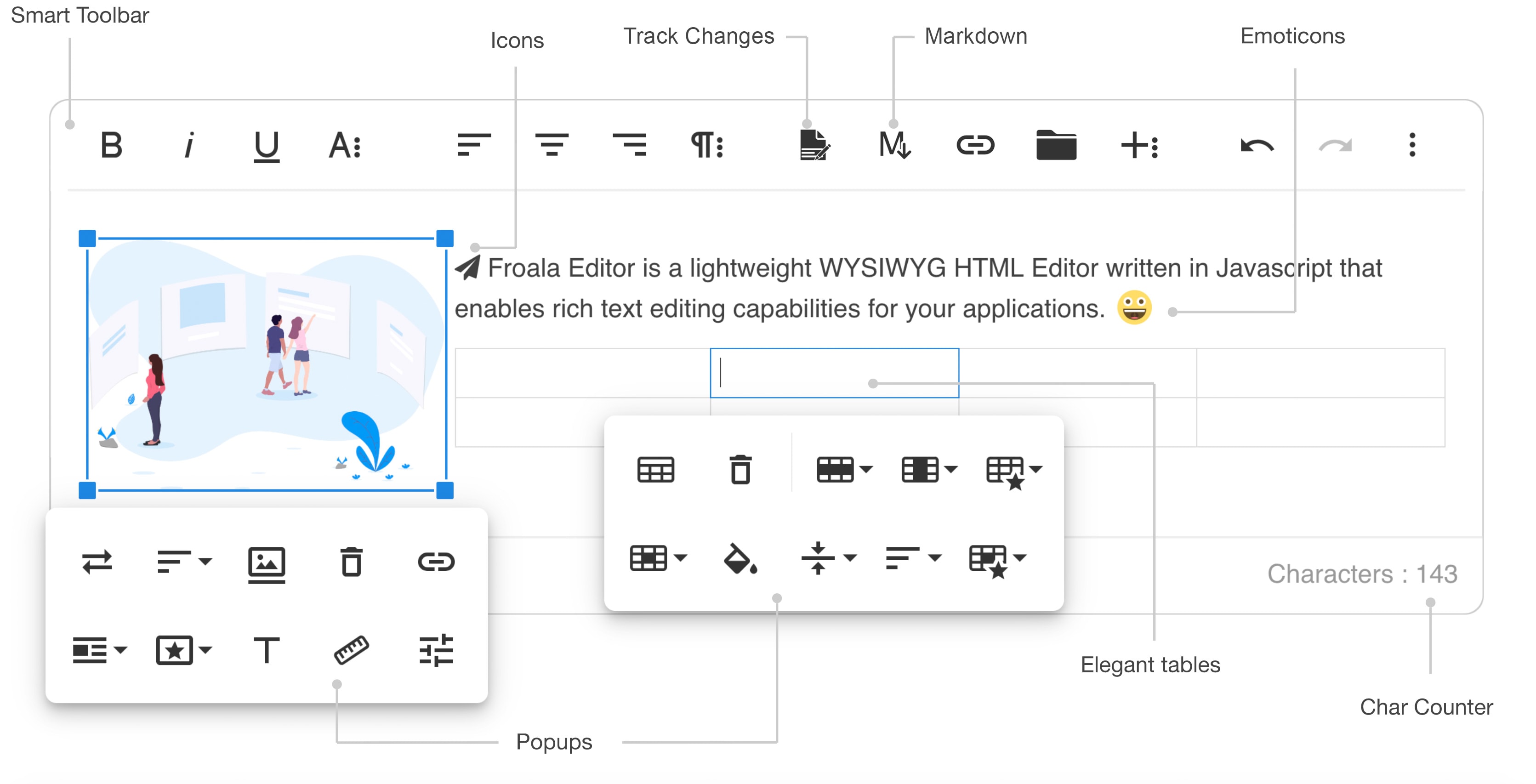 Froala WYSIWYG HTML Editor requires jQuery 1.11.0 or higher and the iconic font named Font Awesome 4.4.0. You may also use older versions of Font Awesome, but some of the editor's icons will not appear.

For more details on customizing the editor, please check the editor documentation.

At present, we officially aim to support the last two versions of the following browsers:

We use GitHub Issues as the official bug tracker for the Froala WYSIWYG HTML Editor. Here are some advices for our users that want to report an issue:

If you have questions or need help integrating the editor please contact us instead of opening an issue.

In order to use the Froala Editor you have to purchase one of the following licenses according to your needs. You can find more about that on our website on the pricing plan page.

The npm package mark-editor receives a total of 15 weekly downloads. As such, mark-editor popularity was classified as small. Visit the popularity section on Snyk Advisor to see the full health analysis.

We found indications that mark-editor is an Inactive project. See the full package health analysis to learn more about the package maintenance status.

Is mark-editor safe to use?

The npm package mark-editor was scanned for known vulnerabilities and missing license, and no issues were found. Thus the package was deemed as safe to use. See the full health analysis review.