The npm package lotion receives a total of 175 downloads a week. As such, we scored lotion popularity level to be Limited.

Based on project statistics from the GitHub repository for the npm package lotion, we found that it has been starred 969 times, and that 27 other projects in the ecosystem are dependent on it.

We found a way for you to contribute to the project! Looks like lotion is missing a Code of Conduct.

Further analysis of the maintenance status of lotion based on released npm versions cadence, the repository activity, and other data points determined that its maintenance is Inactive.

An important project maintenance signal to consider for lotion is that it hasn't seen any new versions released to npm in the past 12 months, and could be considered as a discontinued project, or that which receives low attention from its maintainers.

lotion has more than a single and default latest tag published for the npm package. This means, there may be other tags available for this package, such as next to indicate future releases, or stable to indicate stable releases. 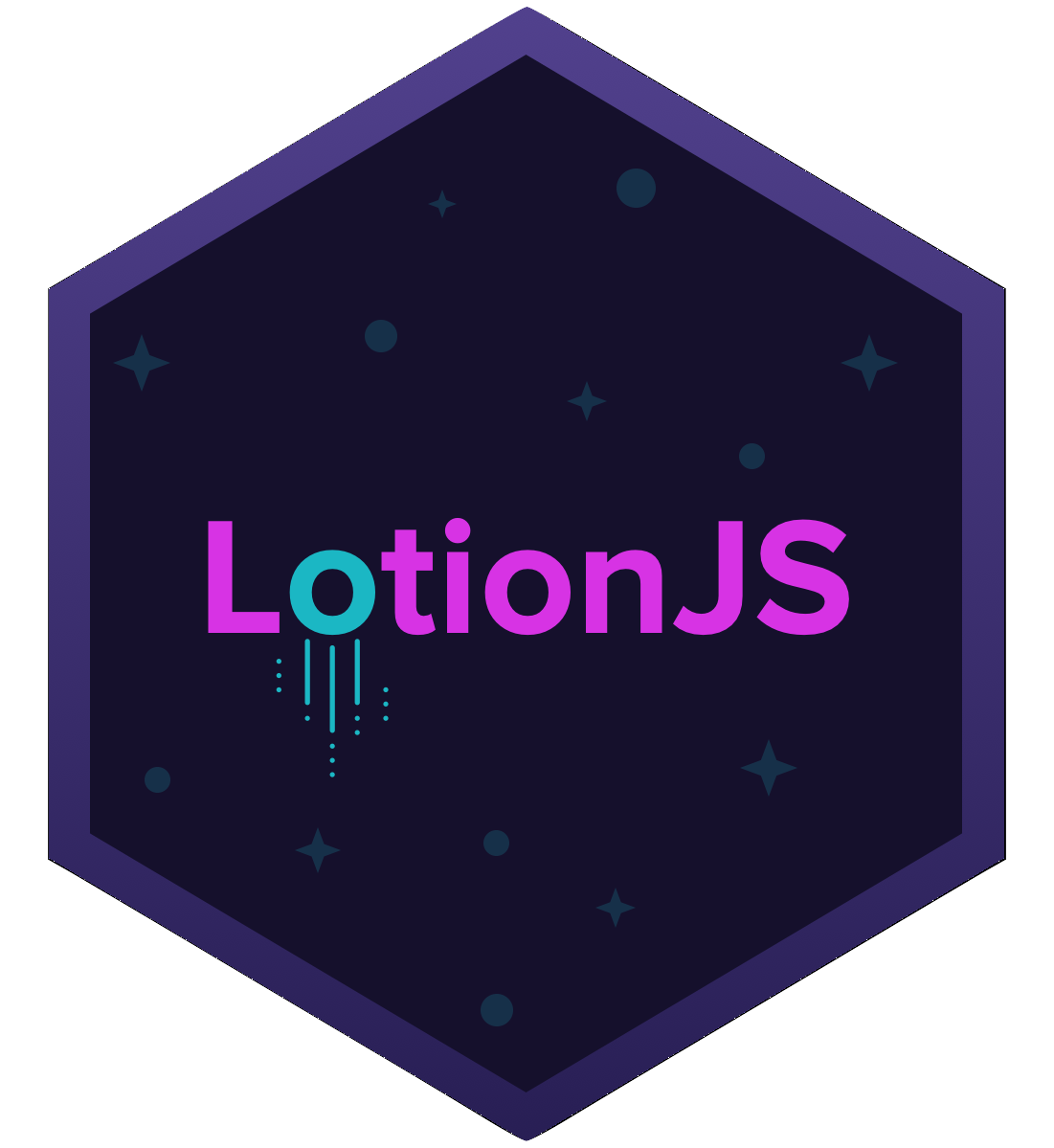 Lotion is a new way to create blockchain apps in JavaScript, which aims to make writing new blockchains fast and fun. It builds on top of Tendermint using the ABCI protocol. Lotion lets you write secure, scalable applications that can easily interoperate with other blockchains on the Cosmos Network using IBC.

Lotion itself is a tiny framework; its true power comes from the network of small, focused modules built upon it. Adding a fully-featured cryptocurrency to your blockchain, for example, takes only a few lines of code.

Note: the security of this code has not yet been evaluated. If you expect your app to secure real value, please use Cosmos SDK instead.

Lotion requires node v7.6.0 or higher, and a mac or linux machine.

Lotion lets you build blockchains. At any moment in time, the whole state of your blockchain is represented by a single JavaScript object called the state.

Users will create transactions: JavaScript objects that tell the application how to mutate the blockchain's state.

Every user who runs your Lotion app will interact with the same blockchain. Anyone can create a transaction, and it will automagically find its way to everyone else running the app and mutate their state. Everyone's state objects will constantly be kept in sync with each other.

A Lotion application is often a single function of signature (state, tx) which mutates your blockchain's state in response to a transaction tx. Both are just objects.

This cosmic wizardry is made possible by a magic piece of software named Tendermint which exists specifically for synchronizing state machines across networks.

The goal of a blockchain is to represent a single state being concurrently edited. In order to avoid conflicts between concurrent edits, it represents the state as a ledger: a series of transformations (transactions) applied to an initial state. The blockchain must allow all connected nodes to agree about which transformations are valid, and their ordering within the ledger.

To accomplish this, a blockchain is composed of three protocols: the network protocol, consensus protocol, and transaction protocol.

The network protocol is how nodes in the network tell each other about new transactions, blocks, and other nodes; usually a p2p gossip network.

The consensus protocol is the set of rules that nodes should follow to determine which particular ordered set of transformations should be in the ledger at a given moment. In Bitcoin, the chain with the highest difficulty seen by a node is treated as authoritatively correct.

The transaction protocol describes what makes transactions valid, and how they should mutate the blockchain's state.

When you're writing a Lotion app, you're only responsible for writing the transaction protocol. Under the hood, Tendermint is handling the consensus and network protocols. When you start your lotion app, a Tendermint node is also started which will handle all of the communication with other nodes running your lotion app.

Lotion is a cosmic journey for the mind brought to you by:

Contributions of any kind welcome!

Here are the available options for opts which you can override:

Register a transaction handler. Given a state and tx object, mutate state accordingly.

Transaction handlers will be called for every transaction, in the same order you passed them to app.use().

Transaction handlers must be deterministic: for a given set of state/tx/chainInfo inputs, you must mutate state in the same way.

If you'd like to change how much voting power a validator should have, simply mutate chainInfo.validators[pubKey] at any point!

Add middleware to be called once per block, even if there haven't been any transactions. Should mutate state, see above to read more about chainInfo.

Most things that you'd use a block handler for can and should be done as transactions.

Lotion apps each have a unique global chain identifier (GCI). You can light client verify any running Lotion app from any computer in the world as long as you know its GCI.

Under the hood, the GCI is used to discover and torrent the app's genesis.json.

It's also used as the rendezvous point with peers on the bittorrent dht and through multicast DNS to find a full node light client verify.

You can get the GCI of an app being run by a full node like this:

The npm package lotion receives a total of 175 weekly downloads. As such, lotion popularity was classified as limited. Visit the popularity section on Snyk Advisor to see the full health analysis.

We found indications that lotion is an Inactive project. See the full package health analysis to learn more about the package maintenance status.

Is lotion safe to use?

While scanning the latest version of lotion, we found that a security review is needed. A total of 6 vulnerabilities or license issues were detected. See the full security scan results.