The npm package learn-redis receives a total of 0 downloads a week. As such, we scored learn-redis popularity level to be Limited.

Based on project statistics from the GitHub repository for the npm package learn-redis, we found that it has been starred 278 times, and that 0 other projects in the ecosystem are dependent on it.

We found a way for you to contribute to the project! Looks like learn-redis is missing a security policy.

Further analysis of the maintenance status of learn-redis based on released npm versions cadence, the repository activity, and other data points determined that its maintenance is Inactive.

An important project maintenance signal to consider for learn-redis is that it hasn't seen any new versions released to npm in the past 12 months, and could be considered as a discontinued project, or that which receives low attention from its maintainers.

We found a way for you to contribute to the project! Looks like learn-redis is missing a Code of Conduct.

learn-redis has more than a single and default latest tag published for the npm package. This means, there may be other tags available for this package, such as next to indicate future releases, or stable to indicate stable releases.

Need to store/access your data as fast as possible? Try Redis!

"40% of people will leave your site if it takes longer than 3 seconds to load..."
https://econsultancy.com/blog/10936-site-speed-case-studies-tips-and-tools-for-improving-your-conversion-rate
Never make people wait; Learn how to cache your content/app with Redis.

Storing data is a necessity for all (but the simplest) web applications.
Often accessing that data can be the biggest bottleneck in an app causing it to be slow and painful experience.
Redis is designed to be the fastest way to store and retrieve data.
Which means less waiting for the people using your app!

Redis is the closest you can get to direct access (to your computer's) memory.
Written in C the entire server is less than a Megabyte (smaller is better when it comes to executable size), Redis is built for speed.

First thing you need to do - if you haven't already - is go through the online tutorial: https://try.redis.io/ (30mins to learn and take notes)

#### Make Sure you Understand

You can learn/practice all these commands online before installing Redis:

If you don't already have Redis installed on your machine - why would you if you're reading an introductory tutorial, right? - there are two three ways to install Redis:

The guys who make Redis suggest compiling it from source (this requires a working GCC compiler and libc) see: Quick Start: https://redis.io/topics/quickstart
If you are running Linux/Mac or prefer not to use Vagrant, try the download & compile described in the quickstart.

Once you have homebrew installed, simply run this command in your terminal:

For people stuck on Windows (if you don't already have a C Compiler and people who prefer to "contain" their apps...) we recommend using Vagrant to run Redis (and your app) in a (Linux) Virtual Machine (VM). We have included a Vagrantfile in this repo which you can use to get Redis & Node.js working on any machine. simply:

These three commands will

To boot the VM with Redis open a new terminal window/tab (in the learn-redis directory) and issue the command: vagrant up

After a few minutes of downloading & installing you will see that Redis is running:

To use Redis from the command line (open a new terminal window/tab and) log into the VM using vagrant ssh:

Then confirm that the CLI is working by issuing the command redis-cli ping: https://stackoverflow.com/questions/10137857/is-redis-just-a-cache

To exit the VM you just logged into, simply type exit in the terminal and hit the [return] key.

To close the Redis server runing on the VM, press the [ctrl] + [C] keys on your keyboard (twice).

And to shut down the Vagrant VM (to free up the memory on your computer),
issue the vagrant halt command in your terminal:

Note: your VM is preserved (still saved on your hard drive) so you can use it again for further redis-development simply by issuing the vagrant up command (from within a working directory that has the Vagrantfile and .vagrant) If you are short on disk space, you can always delete the VM completely by issuing the vagrant destroy command. Note: If you are running Linux on your laptop/dev machine and prefer not to have the overhead of running Vagrant you can simply copy the installation commands from the Vagrantfile and paste them into your terminal.

A search for "redis" on NPM: https://www.npmjs.com/search?q=redis returns many results!

Don't be overwhelmed by the quantity of modules, focus on quality.

The 2 modules we use and recommend for connecting to Redis

If you (or anyone on your team) using Microsoft Windows (stop hitting yourself!) will need to install a compiler
to get Redis working and that can sometimes take hours!

Update: Our experience lead us to create redis-connection

Given that it easy to open too many connections to redis we created redis-connection to re-use a single connection across all files/modules in a project. The redis-connection module is just a few lines you can read/understand in 5 mins and takes the hassle out of creating (and closing) connections see:

Our recommendation is to use the redis module for simple apps, but for anything more interesting (e.g: an app that has handlers spread across several files) we recommend using redis-connection

Paste hand-type (or copy-paste) this code into a file called basic.js

Run the script in your terminal by issuing the command: node basic.js You should expect to see:

Also Good To Know but Not Essential for this Introductory Tutorial

Redis has many fantastic features not limited to just SET/GET/DELETE key:value pairs. You can also atomically

If you don't get overwhelmed by lots of new words and want a sneak peek
at the all the cool commands you can use in Redis check: https://redis.io/commands But we're getting ahead of ourselves, lets focus on the basics first.

A "Hit Counter" to track how many people have viewed your GitHub Repository: https://github.com/nelsonic/hits

Probably the most useful feature of Redis for building real-time apps is publish/subscribe. Thankfully, Thoughtbot have written a good post explaining it: https://robots.thoughtbot.com/redis-pub-sub-how-does-it-work

Their article uses Ruby (they are still a rails shop...) but our Practical tutorial uses node.js, so after you have read the intro, checkout: https://github.com/dwyl/hapi-socketio-redis-chat-example

There are a few options for hosted Redis on Heroku: https://addons.heroku.com/?q=redis

The easiest way to get your RedisCloud instance is to create a Heroku app and add the RedisCloud Addon to it.

In your heroku app, click on Resources, type redis into the search box:

Select RedisCloud Free plan and add to your heroku app:

Confirm its been enabled

Go to Settings and Click to view the Config Vars then grab the REDISCLOUD_URL Config Variable so you can use it:

Now you can export it and use it in your node.js app:

Which you can then access in your node.js app using process.env.REDISCLOUD_URL

Because Redis is an in-memory datastore, persistence is not immediate. if you want to be sure that your data is saved, (incase your server/instance is re-booted) read about using the SAVE command.

There are many KV Stores to chose from: https://en.wikipedia.org/wiki/NoSQL#Key-value_stores our favourites are:

We're here to focus on Redis because it has the right balance of simplicity (great for beginners and pros alike) and speed.

The name Redis is an acronym for: REmote DIctionary Server

A Dictionary (see: https://xlinux.nist.gov/dads/HTML/dictionary.html) is another way of saying "Key-Value Store";
In other programming languages a dictionary is known as a "map" or "associative array" and would look like this:

The observant reader will notice that this looks exactly like a JSON Object; that's because it is! This is how we represent a set of key:value pairs in JS.

It can be easy to think of the real-world dictionary, words are the keys and their definitions are the values.
Imagine you are the person writing the definitions in a dictionary,
you would specify the key (e.g: 'everything') for your item in the dictionary and "SET" the value (e.g: 'awesome').
Then, when you read (or "GET") record for the 'everything' key the value would be 'awesome'.

Or, sticking with the dictionary metaphor, here's a better example:

Q: Can't I Just Use MongoDB for Everything?

"We are already using MongoDB to store our records, can't we just put everything in one place?" 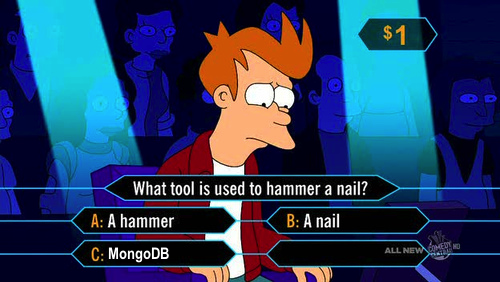 MongoDB is a good tool. We like to think of it as the Hammer of Databases
... a general purpose Datastore that works well for most NoSQL situations.
But if you need to save/access Millions of Records Per Second (yes, you read that right!)
then there's only one place to store your data; Redis.

Q: Can we use Redis as Primary Datastore?

Yes! Do it! Discover the power of data structures and the speed of an in-memory datastore!

Q: How should we store JSON?

Alternately, use flat as described in Store Javascript objects in Redis with Node.js the right way.

Last But Not Least

Highly recommend reading Redis In Action to anyone wanting to use Redis professionally. see: https://www.amazon.com/Redis-Action-Josiah-L-Carlson/dp/1617290858 For educational purposes see: https://www.it-ebooks.info/book/2447/

The npm package learn-redis receives a total of 0 weekly downloads. As such, learn-redis popularity was classified as limited. Visit the popularity section on Snyk Advisor to see the full health analysis.

Is learn-redis safe to use?

While scanning the latest version of learn-redis, we found that a security review is needed. A total of 1 vulnerabilities or license issues were detected. See the full security scan results.

We found indications that learn-redis is an Inactive project. See the full package health analysis to learn more about the package maintenance status.