The npm package kodicord receives a total of 0 downloads a week. As such, we scored kodicord popularity level to be Limited.

Based on project statistics from the GitHub repository for the npm package kodicord, we found that it has been starred 1 times, and that 0 other projects in the ecosystem are dependent on it.

We found a way for you to contribute to the project! Looks like kodicord is missing a Code of Conduct.

Further analysis of the maintenance status of kodicord based on released npm versions cadence, the repository activity, and other data points determined that its maintenance is Inactive.

An important project maintenance signal to consider for kodicord is that it hasn't seen any new versions released to npm in the past 12 months, and could be considered as a discontinued project, or that which receives low attention from its maintainers.

kodicord has more than a single and default latest tag published for the npm package. This means, there may be other tags available for this package, such as next to indicate future releases, or stable to indicate stable releases.

just for music, nothing else.

this is completely safe if you keep the API_ABUSE setting disabled!

This is an experimental integration and incorrect usage may be considered as Discord API abuse. If you are not comfortable entering your Discord account token into this integration then it's not for you.

By enabling the API_ABUSE setting in .env, you will be considered as abusing the Discord API and if reported you are at risk of deletion. I've asked a Discord developer regarding changing the application name programmatically every time the song name is changed and they confirmed it is indeed API abuse.

Album covers may take up to 15 seconds to update due to Discord caching. This usually is not the case.

In order for this to work, you must have remote connections via HTTP enabled on your XMBC/Kodi device. 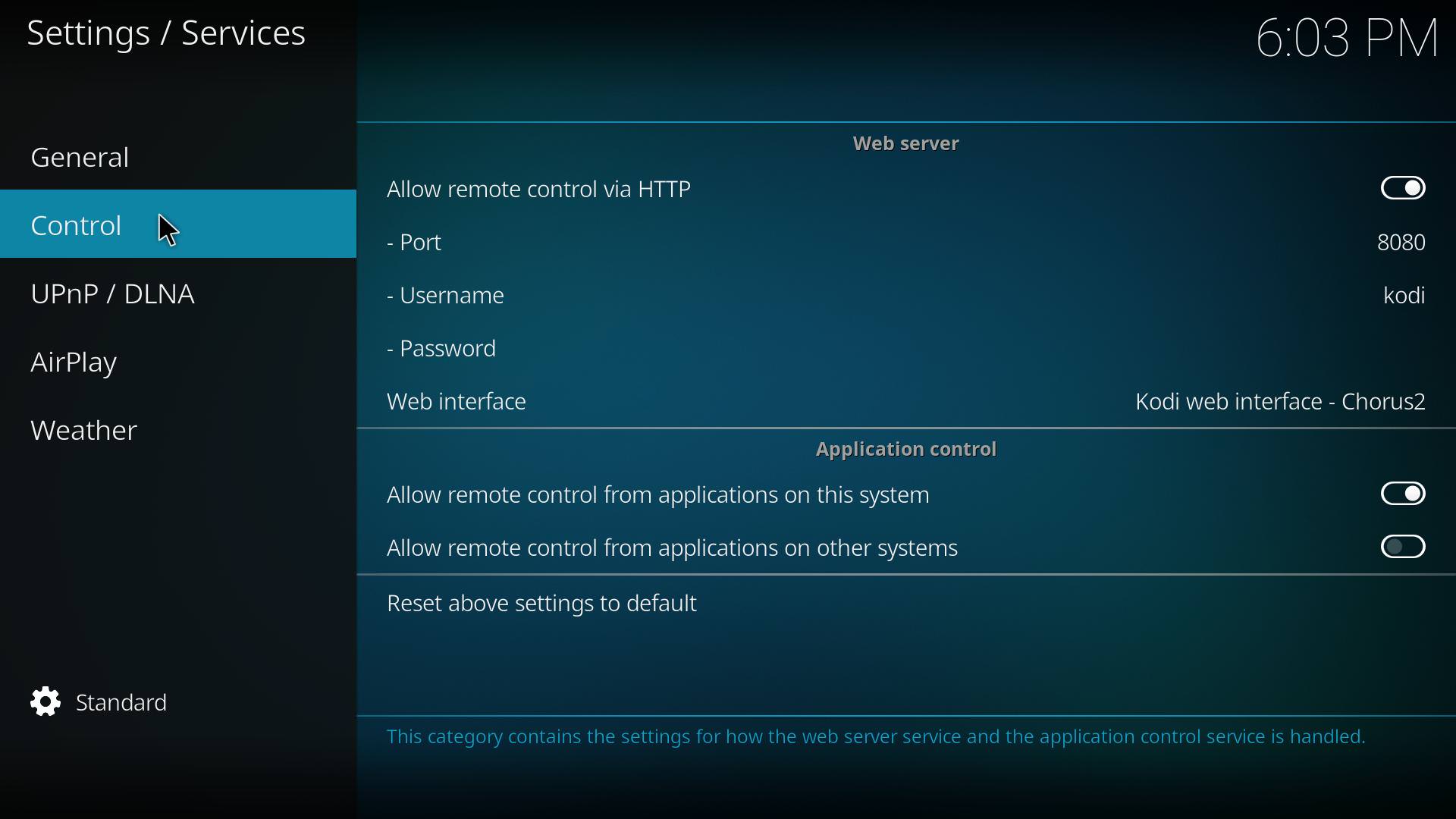 Step One: Creating a Discord application

Go to the Discord Developer Portal and create an Application. Name it something nice, for example: "Music"

You'll need to upload a default album cover for when the application cannot fetch the artwork of the album you're listening to.

Upload any image and name the asset specifically defaultcover.

Once you've uploaded your default cover, you'll need to edit .env.default with the necessary values and rename it to .env.

As of now there is no UI for this integration and it is command-line based. Good news is you only have to run the command once and it'll remain in the background.

No, I'm kidding. You won't be banned for simply using this integration... unless you're being edgy and using the API_ABUSE feature.

If all goes well you'll end up with a presence like this: (left = API abuse, right = no API abuse) 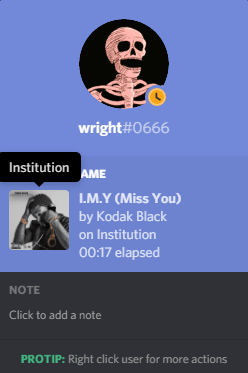 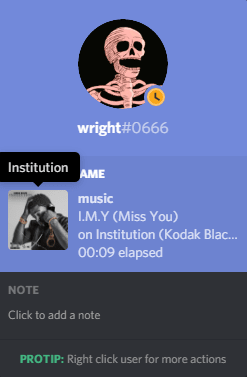 This repository has been released under the MIT license.

We found indications that kodicord is an Inactive project. See the full package health analysis to learn more about the package maintenance status.

Is kodicord safe to use?

The npm package kodicord was scanned for known vulnerabilities and missing license, and no issues were found. Thus the package was deemed as safe to use. See the full health analysis review.