Based on project statistics from the GitHub repository for the npm package jlab_aiidatree, we found that it has been starred ? times.

We found a way for you to contribute to the project! Looks like jlab_aiidatree is missing a Code of Conduct.

Further analysis of the maintenance status of jlab_aiidatree based on released npm versions cadence, the repository activity, and other data points determined that its maintenance is Inactive.

An important project maintenance signal to consider for jlab_aiidatree is that it hasn't seen any new versions released to npm in the past 12 months, and could be considered as a discontinued project, or that which receives low attention from its maintainers.

jlab_aiidatree has more than a single and default latest tag published for the npm package. This means, there may be other tags available for this package, such as next to indicate future releases, or stable to indicate stable releases. 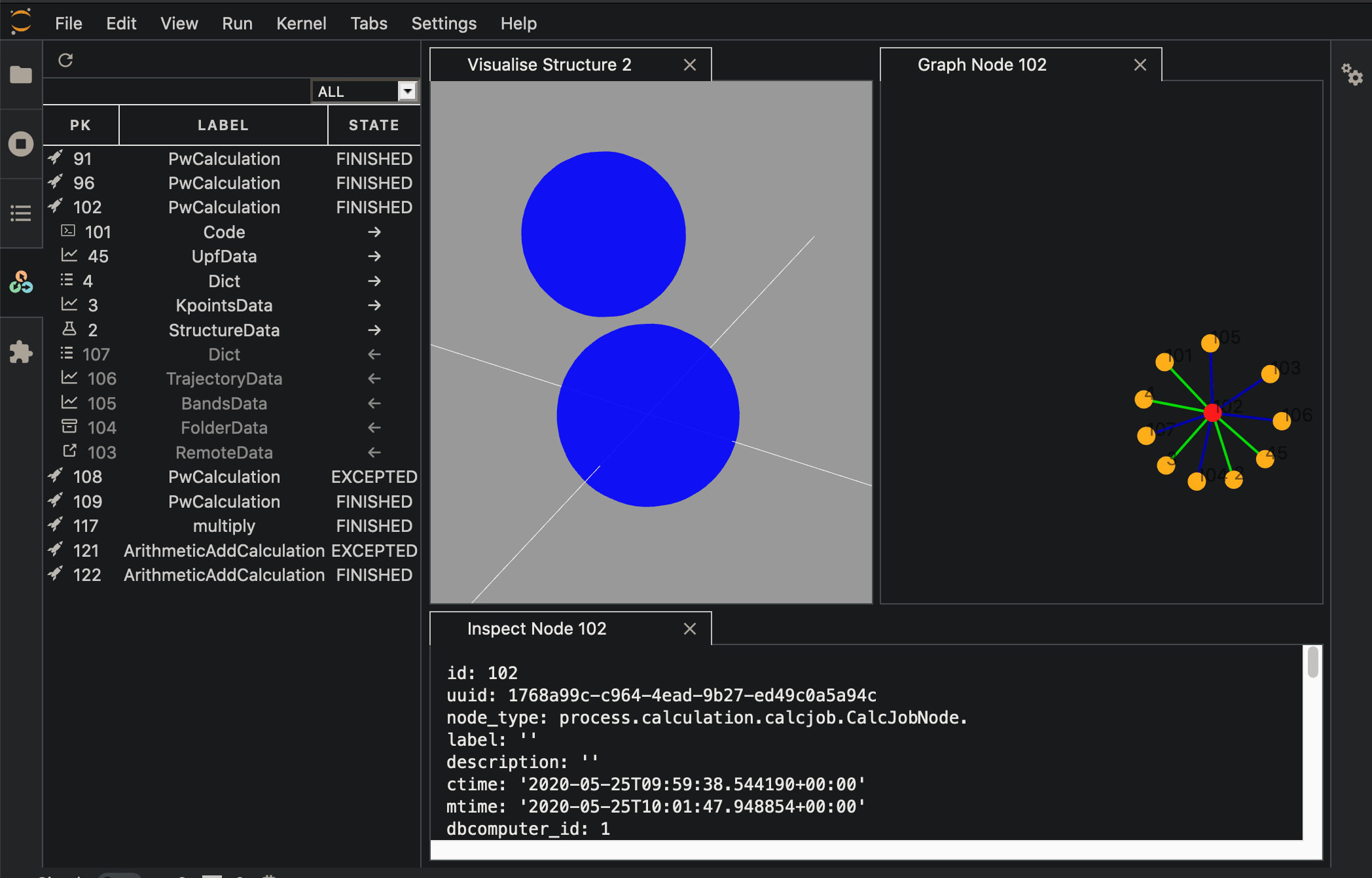 To install the extension, execute:

You can connect to an AiiDA instance in one of two ways:

To start an AiiDA REST server, firstly aiida-core must be installed with the rest extra dependencies:

It is best to install this into a separate environment than you have your jupyterlab installation, to avoid dependency clashes.

Then you can start the REST server:

To connect to this server, simply change the rest_url setting to this URL:

:::{important} The URL is connected to from the server side of JupyterLab, i.e. where you are hosting it and not necessarily on your local machine. :::

To remove the extension, execute:

If you are seeing the frontend extension, but it is not working, check that the server extension is enabled:

Note: You will need NodeJS to build the extension package, e.g.

The jlpm command is JupyterLab's pinned version of yarn that is installed with JupyterLab. You may use yarn or npm in lieu of jlpm below.

You can watch the source directory and run JupyterLab at the same time in different terminals to watch for changes in the extension's source and automatically rebuild the extension.

With the watch command running, every saved change will immediately be built locally and available in your running JupyterLab. Refresh JupyterLab to load the change in your browser (you may need to wait several seconds for the extension to be rebuilt).

We found indications that jlab_aiidatree is an Inactive project. See the full package health analysis to learn more about the package maintenance status.

Is jlab_aiidatree safe to use?

While scanning the latest version of jlab_aiidatree, we found that a security review is needed. A total of 1 vulnerabilities or license issues were detected. See the full security scan results.