Based on project statistics from the GitHub repository for the npm package import-map-deployer, we found that it has been starred 145 times, and that 0 other projects in the ecosystem are dependent on it.

With more than 10 contributors for the import-map-deployer repository, this is possibly a sign for a growing and inviting community.

We found a way for you to contribute to the project! Looks like import-map-deployer is missing a Code of Conduct.

Further analysis of the maintenance status of import-map-deployer based on released npm versions cadence, the repository activity, and other data points determined that its maintenance is Inactive.

import-map-deployer has more than a single and default latest tag published for the npm package. This means, there may be other tags available for this package, such as next to indicate future releases, or stable to indicate stable releases.

These two steps are often performed during a CI process, to automate deployments of frontend code.

Why does this exist?

The alternative to the import-map-deployer is to pull down the import map file, modify it, and reupload it during your CI process. That alternative has one problem: it doesn't properly handle concurrency. If two deployments occur in separate CI pipelines at the same time, it is possible they pull down the import map at the same time, modify it, and reupload. In that case, there is a race condition where the "last reupload wins," overwriting the deployment that the first reupload did.

When you have a single import map file and multiple services' deployment process modifies that import map, there is a (small) chance for a race condition where two deployments attempt to modify the import map at the same time. This could result in a CI pipeline indicating that it successfully deployed the frontend module, even though the deployment was overwritten with a stale version. 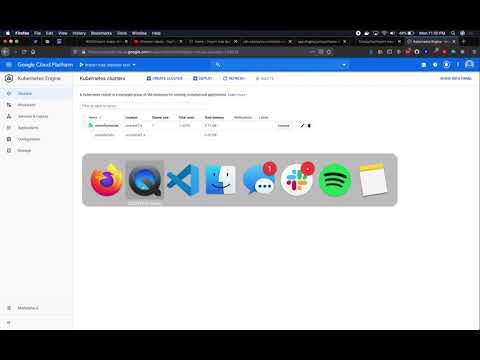 The import-map-deployer must have read / write access to the CDN / bucket that is storing your production import map. It exposes a web server that allows for modifying the state of your production application. It is password protected with HTTP basic authentication.

If you are not comfortable with running the import-map-deployer at all, you do not have to. Instead, give read/write access to your CI runners for modifying your import map file. Perform all import map modifications the import map inside of your CI process.

If you do this, decide whether you care about the deployment race condition scenario described in the Why does this exist? section. If you are willing to live with that unlikely race condition, see these examples (1, 2) for some example CI commands.

If you do want to address the deployment race condition without using import-map-deployer, we'd love to hear what you come up with. Consider leaving a PR to these docs that explain what you did!

This github repository shows an example of setting up your own Docker image that can be configured specifically for your organization.

It is available as import-map-deployer on npm.

The default web server port is 5000. To run web server with a custom port, se the PORT ENV variable.

The import-map-deployer expects a configuration file to be present so it (1) can password protect deployments, and (2) knows where and how to download and update the "live" import map.

Here are the properties available in the config file:

The below configuration file will set up the import-map-deployer to do the following:

Basic auth credentials can be set either in the config.json file (see above) or using the following environment variables:

ℹ️ Both environment variables must be set for them to take effect.

⚠️ The above environment variables will override the username and password from the config file.

The import-map-deployer knows how to update import maps that are stored in the following ways:

If your import map json file is hosted by AWS S3, you can use the import-map-deployer to modify the import map file by specifying in your config s3:// in the locations config object.

The format of the string is s3://bucket-name/file-name.json

import-map-deployer relies on the AWS CLI environment variables for authentication with S3.

If your import map json file is hosted by Digital Ocean Spaces, you can use the import-map-deployer to modify the import map file by specifying in your config spaces:// in the locations config object.

The format of the string is spaces://bucket-name.digital-ocean-domain-stuff.com/file-name.json. Note that the name of the Bucket is everything after spaces:// and before the first . character.

Instead of an AWS region, you should provide an s3Endpoint config value that points to a Digital Ocean region.

Minio also has an s3 compatible API, so you can use a process similar to digital ocean spaces. You would use the import-map-deployer to modify the import map file by specifying in your config spaces:// in the locations config object.

Instead of an AWS region, you should provide an s3Endpoint config value that points to your root domain.

If you wish to provide custom authentication keys for specific environments you can provide it also via the keys azureConnectionString, azureAccount or azureAccessKey.

Its not recommended to put authentication keys in code. Always provide them via environment variables.

Note that you must have the GOOGLE_APPLICATION_CREDENTIALS environment variable set for authentication.

If you'd like to store the import map locally on the file system, provide the name of a file in your locations instead.

This service exposes the following endpoints

An endpoint for health checks. It will return an HTTP 200 with a textual response body saying that everything is okay. You may also call / as a health check endpoint.

You can request the importmap.json file by making a GET request.

If you have an import map called importmap.json, here is how you can merge it into the import map deployer's import map.

Note that the skip_url_check query param indicates that the import-map-deployer will update the import map even if it is not able to reach it via a network request.

You can PATCH services to add or update a service, the following json body is expected:

Note that the skip_url_check query param indicates that the import-map-deployer will update the import map even if it is not able to reach it via a network request.

Note that the packageDirLevel query param indicates the number of directories to remove when determining the root directory for the package. The default is 1. Note that this option only takes effect if packagesViaTrailingSlashes is set to true.

You can remove a service by sending a DELETE with the service name. No request body needs to be sent. Example:

This project uses URI encoding: encode URI. If you have any service with special chars like @, /, etc... you need to use It's corresponding UTF-8 encoding character.

Imagine you have this service name in your import-map.json @company/my-service. You have to replace those characters to utf-8 encoded byte: See detailed list utf8 encode

We found indications that import-map-deployer is an Inactive project. See the full package health analysis to learn more about the package maintenance status.

Is import-map-deployer safe to use?

The npm package import-map-deployer was scanned for known vulnerabilities and missing license, and no issues were found. Thus the package was deemed as safe to use. See the full health analysis review.