Based on project statistics from the GitHub repository for the npm package hyperterm-cobalt2-theme, we found that it has been starred 105 times, and that 0 other projects in the ecosystem are dependent on it.

We found a way for you to contribute to the project! Looks like hyperterm-cobalt2-theme is missing a Code of Conduct.

Further analysis of the maintenance status of hyperterm-cobalt2-theme based on released npm versions cadence, the repository activity, and other data points determined that its maintenance is Inactive.

hyperterm-cobalt2-theme has more than a single and default latest tag published for the npm package. This means, there may be other tags available for this package, such as next to indicate future releases, or stable to indicate stable releases. 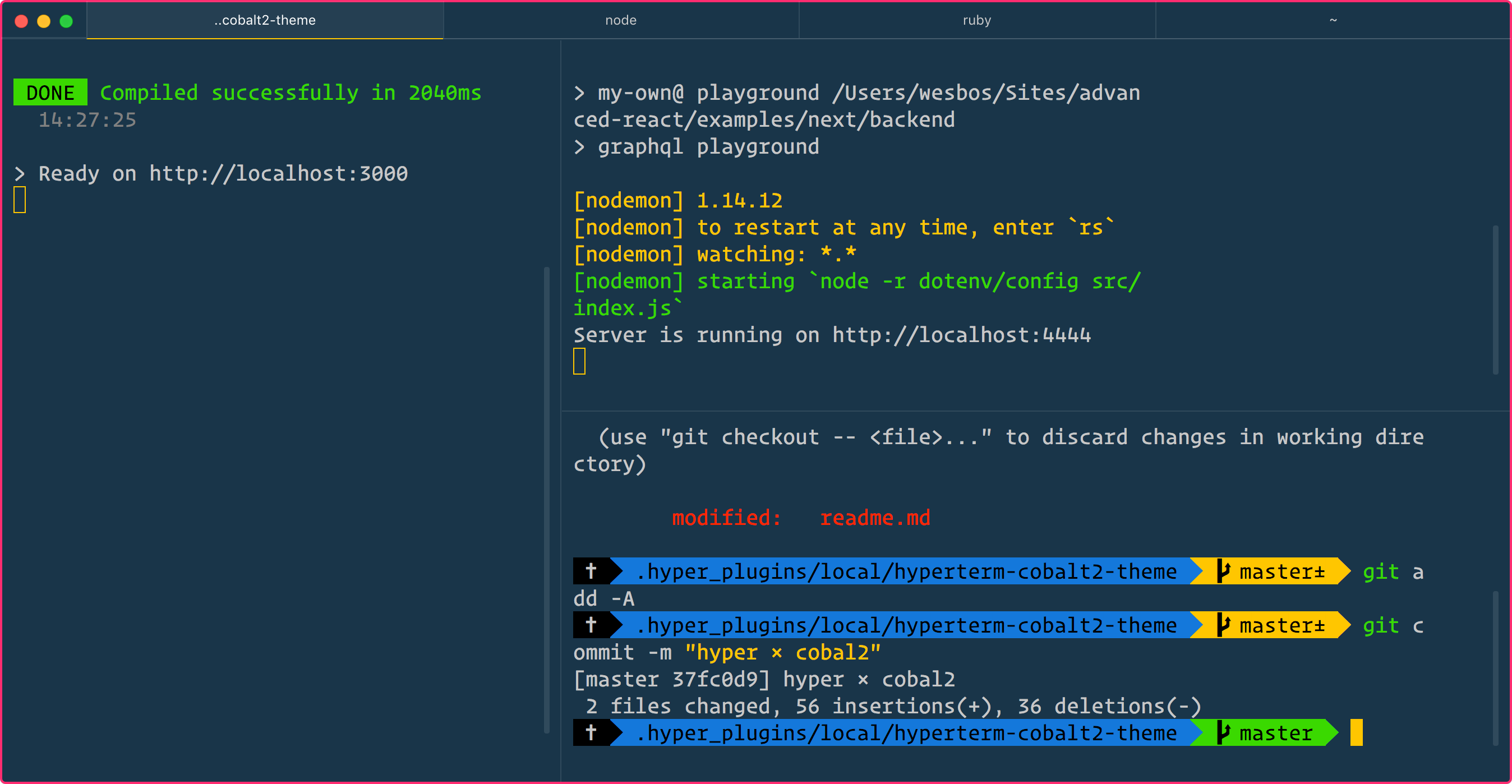 By default the editor comes with a border, you can turn it off, or change it's colour with these settings in your config file. Hyper → Preferences

A: Operator Mono. I wrote a bit of info here → https://wesbos.com/uses

Q: How do I get Powerline working with a non-patched font?

A: Use CSS to fall back to a different font when the character isn't supported:

Q: I HATE THAT FONT SO MUCH, I HATE YOU AND I WANT YOU TO KNOW IT

Q: How did you get the cool prompt?

A: This isn't part of iTerm or Hyperterm, it has to do with the shell that you are using. I'm using ZSH along with Cobalt 2 for ZSH. I've got a whole free video series on this if you are interested: https://CommandLinePowerUser.com

Q: Can I make edits?

A: Yes please! Still working on this. I might not accept your edits, but I probably will.

🔥 Cobalt2 for VS Code

We found indications that hyperterm-cobalt2-theme is an Inactive project. See the full package health analysis to learn more about the package maintenance status.

Is hyperterm-cobalt2-theme safe to use?

The npm package hyperterm-cobalt2-theme was scanned for known vulnerabilities and missing license, and no issues were found. Thus the package was deemed as safe to use. See the full health analysis review.