Based on project statistics from the GitHub repository for the npm package frida-il2cpp-bridge, we found that it has been starred 352 times, and that 0 other projects in the ecosystem are dependent on it.

We found a way for you to contribute to the project! Looks like frida-il2cpp-bridge is missing a Code of Conduct.

Further analysis of the maintenance status of frida-il2cpp-bridge based on released npm versions cadence, the repository activity, and other data points determined that its maintenance is Inactive.

frida-il2cpp-bridge has more than a single and default latest tag published for the npm package. This means, there may be other tags available for this package, such as next to indicate future releases, or stable to indicate stable releases.

A Frida module to dump, trace or hijack any Il2Cpp application at runtime, without needing the global-metadata.dat file. 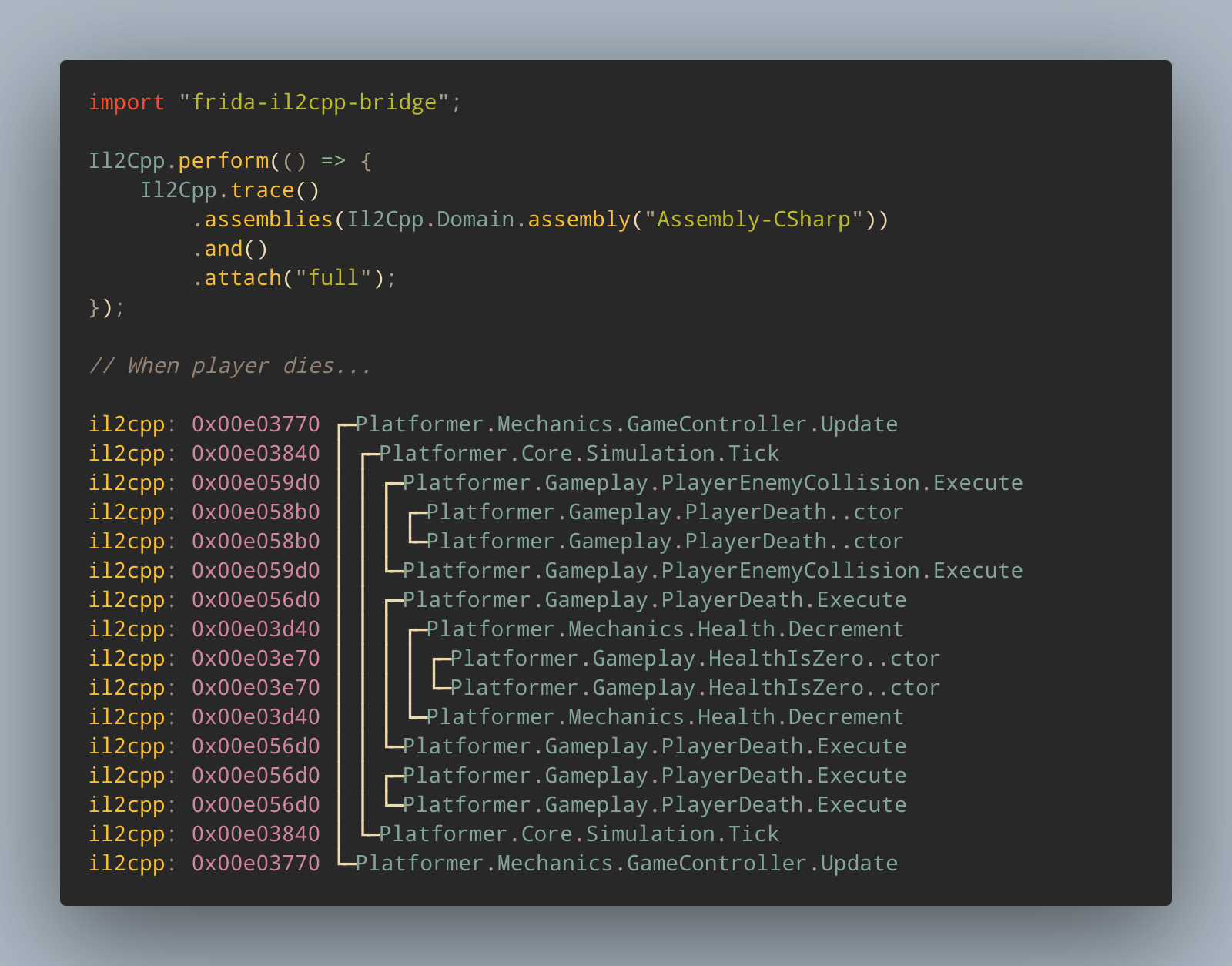 Android, Linux, Windows, iOS, macOS are supported. However, only Android and Linux are tested: expect breakage if you are using another platform.

Thanks to meme and knobse for helping and getting me into this, and to djkaty and nneonneo for providing the Il2Cpp api.

Discussions and Wiki are both active. Use them!

A Frida module to dump, trace or hijack any Il2Cpp application at runtime, without needing the global-metadata.dat file... Visit Snyk Advisor to see a full health score report for frida-il2cpp-bridge, including popularity, security, maintenance & community analysis.

We found indications that frida-il2cpp-bridge is an Inactive project. See the full package health analysis to learn more about the package maintenance status.

Is frida-il2cpp-bridge safe to use?

The npm package frida-il2cpp-bridge was scanned for known vulnerabilities and missing license, and no issues were found. Thus the package was deemed as safe to use. See the full health analysis review.