82 / 100
All security vulnerabilities belong to production dependencies of direct and indirect packages.

The npm package elkjs receives a total of 55,454 downloads a week. As such, we scored elkjs popularity level to be Recognized.

Based on project statistics from the GitHub repository for the npm package elkjs, we found that it has been starred 976 times, and that 21 other projects in the ecosystem are dependent on it.

With more than 10 contributors for the elkjs repository, this is possibly a sign for a growing and inviting community.

We found a way for you to contribute to the project! Looks like elkjs is missing a Code of Conduct.

Further analysis of the maintenance status of elkjs based on released npm versions cadence, the repository activity, and other data points determined that its maintenance is Healthy.

elkjs has more than a single and default latest tag published for the npm package. This means, there may be other tags available for this package, such as next to indicate future releases, or stable to indicate stable releases.

Not sure how to use elkjs?

To help you get started, we've collected the most common ways that elkjs is being used within popular public projects.

View more ways to use elkjs

The Eclipse Layout Kernel (ELK) implements an infrastructure to connect diagram editors or viewers to automatic layout algorithms. This library takes the layout-relevant part of ELK and makes it available to the JavaScript world. ELK's flagship is a layer-based layout algorithm that is particularly suited for node-link diagrams with an inherent direction and ports (explicit attachment points on a node's border). It is based on the ideas originally introduced by Sugiyama et al. An example can be seen in the screenshot below.

Note that elkjs is not a diagramming framework itself - it computes positions for the elements of a diagram. 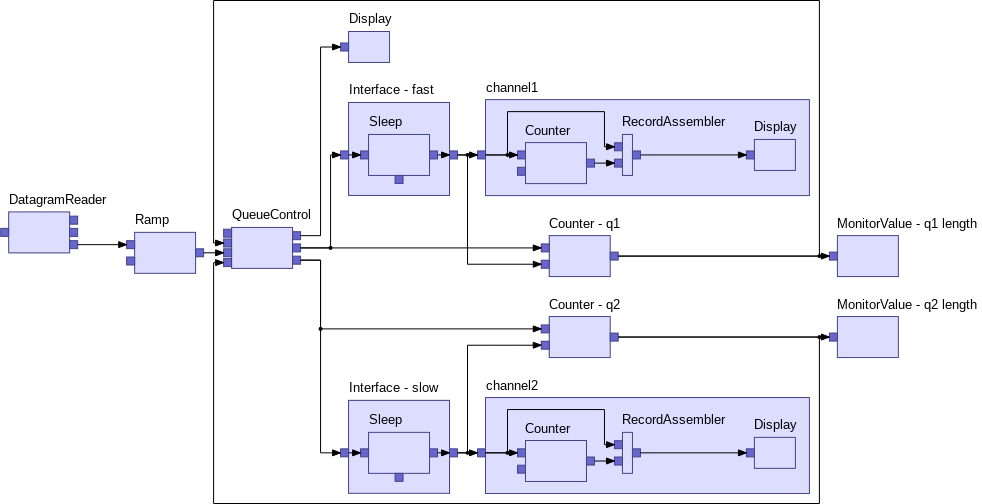 The following list includes some recurring topics that may have been addressed in issues already:

Releases are partly synchronized with ELK's versions: the minor version number is always the same but the revision number may diverge. For instance, elkjs 0.3.0 equals the functionality of ELK 0.3.0 but elkjs 0.3.2 may be different from ELK 0.3.2. This is necessary as there may be fixes that solely concern elkjs and should be released independently of ELK.

A small example using node.js, for further use cases see the next section.

Note that in case you get errors, you may want to switch to the non-minified version to get a proper stack trace.

You can use layout options to configure the layout algorithm. For that you attach a layoutOptions object to the graph element that holds key/value pairs representing the desired layout options. See, for instance, root in the example above. It is possible to only use the suffix of a layout option: algorithm instead of org.eclipse.elk.layered. However, if the suffix is not unique the layout option may be ignored. To be safe, you should always start the layout options with the elk. part. A list of all options and further details of their exact effects is available in ELK's documentation.

It is possible to pass global layout options as part of the layout method's second argument. The options are then applied to every graph element unless the element specifies the option itself:

Additionally, ELK's constructor accepts an object with layout options that is used with every layout call that does not specify layout options:

Since laying out diagrams can be a time-consuming job (even for the computer), and since we don't want to freeze your UI, Web Workers are supported out of the box. The following examples illustrate how the library can be used either with and without a Web Worker.

Since version 10.x, node.js comes with a worker threads implementation that is similar to, but not equal to, a browser's Worker class. To ease implementation on our side, we use a library, web-worker, that provides a wrapper around node's worker_threads, which is API-compatible to a browser's `Worker. Any other library that provides the standard Web Worker methods should be fine though. The package is not installed automatically to avoid the unnecessary dependency for everyone who is not interested in using a web worker. A warning is raised if one requests a web worker without having installed the package. elkjs falls back to the non-Web Worker version in that case.

The elkjs library provides a single object: the ELK. The ELK has a constructor that can be used to construct it:

Apart from that the ELK offers the following methods:

The three methods starting with known basically return information that, in the Java world, would be retrieved from the LayoutMetaDataService.

ELK provides some means to log debug information during layout algorithm execution. The details can be found in the Algorithm Debugging section of ELK's documentation. Not all of it is available in elkjs though, for instance, it is not possible to save intermediate results of the laid out graphs. Furthermore, while internally execution time is measured in nanoseconds on the Java side, in elkjs we have to resort to milliseconds. Note that the returned execution times are in seconds. For small graphs this may often result in execution times being reported as 0.

See below an example call and the example output.

For a new release, the following version numbers have to be changed:

Afterwards you can find the created files in the lib folder.

In the following a list of asorted links to other projects and sites that may prove helpful:

Note: We are happy to extend this list further, so please contact us if you have a project to add

The npm package elkjs receives a total of 55,454 weekly downloads. As such, elkjs popularity was classified as a recognized. Visit the popularity section on Snyk Advisor to see the full health analysis.

We found that elkjs demonstrated a healthy version release cadence and project activity. It has a community of 20 open source contributors collaborating on the project. See the full package health analysis to learn more about the package maintenance status.

Is elkjs safe to use?

The npm package elkjs was scanned for known vulnerabilities and missing license, and no issues were found. Thus the package was deemed as safe to use. See the full health analysis review.