The npm package dnd-core receives a total of 909,065 downloads a week. As such, we scored dnd-core popularity level to be Influential project.

Based on project statistics from the GitHub repository for the npm package dnd-core, we found that it has been starred 15,304 times, and that 2,161 other projects in the ecosystem are dependent on it.

We found a way for you to contribute to the project! Looks like dnd-core is missing a security policy.

Further analysis of the maintenance status of dnd-core based on released npm versions cadence, the repository activity, and other data points determined that its maintenance is Healthy.

A good and healthy external contribution signal for dnd-core project, which invites more than one hundred open source maintainers to collaborate on the repository.

dnd-core has more than a single and default latest tag published for the npm package. This means, there may be other tags available for this package, such as next to indicate future releases, or stable to indicate stable releases.

Drag and drop sans the GUI.

This is a clean implementation of drag and drop primitives that does not depend on the browser. It powers React DnD internally.

To give you a better idea:

This was written to support some rather complicated scenarios that were too hard to implement in React DnD due to its current architecture:

As it turns out, these problems are much easier to solve when DOM is thrown out of the window. 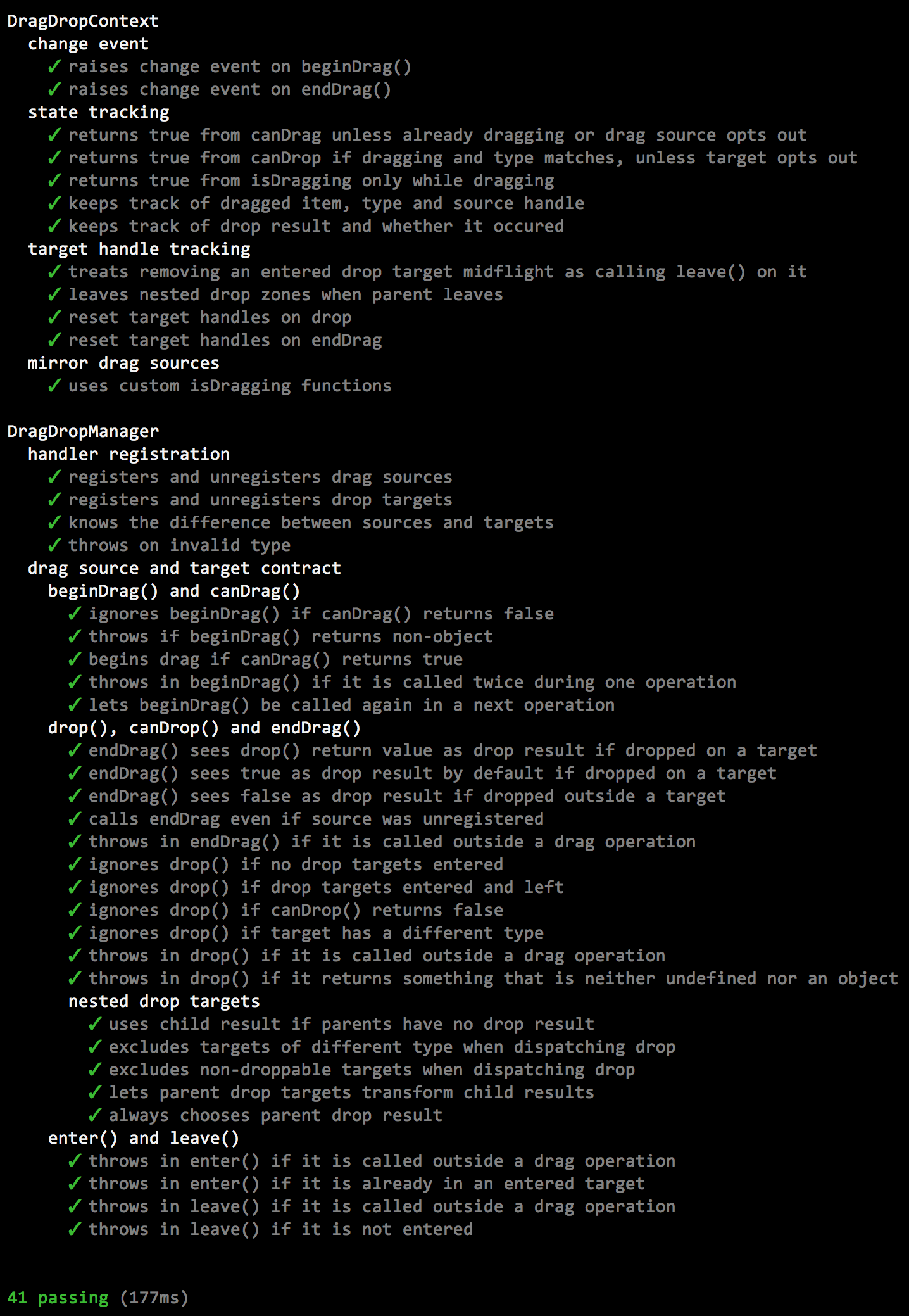 The npm package dnd-core receives a total of 909,065 weekly downloads. As such, dnd-core popularity was classified as an influential project. Visit the popularity section on Snyk Advisor to see the full health analysis.

Is dnd-core safe to use?

The npm package dnd-core was scanned for known vulnerabilities and missing license, and no issues were found. Thus the package was deemed as safe to use. See the full health analysis review.

We found that dnd-core demonstrated a healthy version release cadence and project activity. It has a community of 170 open source contributors collaborating on the project. See the full package health analysis to learn more about the package maintenance status.