The npm package devicons receives a total of 147 downloads a week. As such, we scored devicons popularity level to be Small.

Based on project statistics from the GitHub repository for the npm package devicons, we found that it has been starred 2,395 times, and that 9 other projects in the ecosystem are dependent on it.

We found a way for you to contribute to the project! Looks like devicons is missing a security policy.

Further analysis of the maintenance status of devicons based on released npm versions cadence, the repository activity, and other data points determined that its maintenance is Inactive.

An important project maintenance signal to consider for devicons is that it hasn't seen any new versions released to npm in the past 12 months, and could be considered as a discontinued project, or that which receives low attention from its maintainers.

We found a way for you to contribute to the project! Looks like devicons is missing a Code of Conduct.

How about a good first contribution to this project? It seems that devicons is missing a LICENSE file.

devicons has more than a single and default latest tag published for the npm package. This means, there may be other tags available for this package, such as next to indicate future releases, or stable to indicate stable releases.

an iconic font made for developers, code jedis, ninjas, HTTPsters, evangelists and nerds.

Devicons is a full stack iconic font ready to be shipped with your next project. Created, handcrafted and coded by Theodore Vorillas Devicons contains 85 vectorized sharp glyphs . Devicons iconic font is free to use and licensed under MIT. 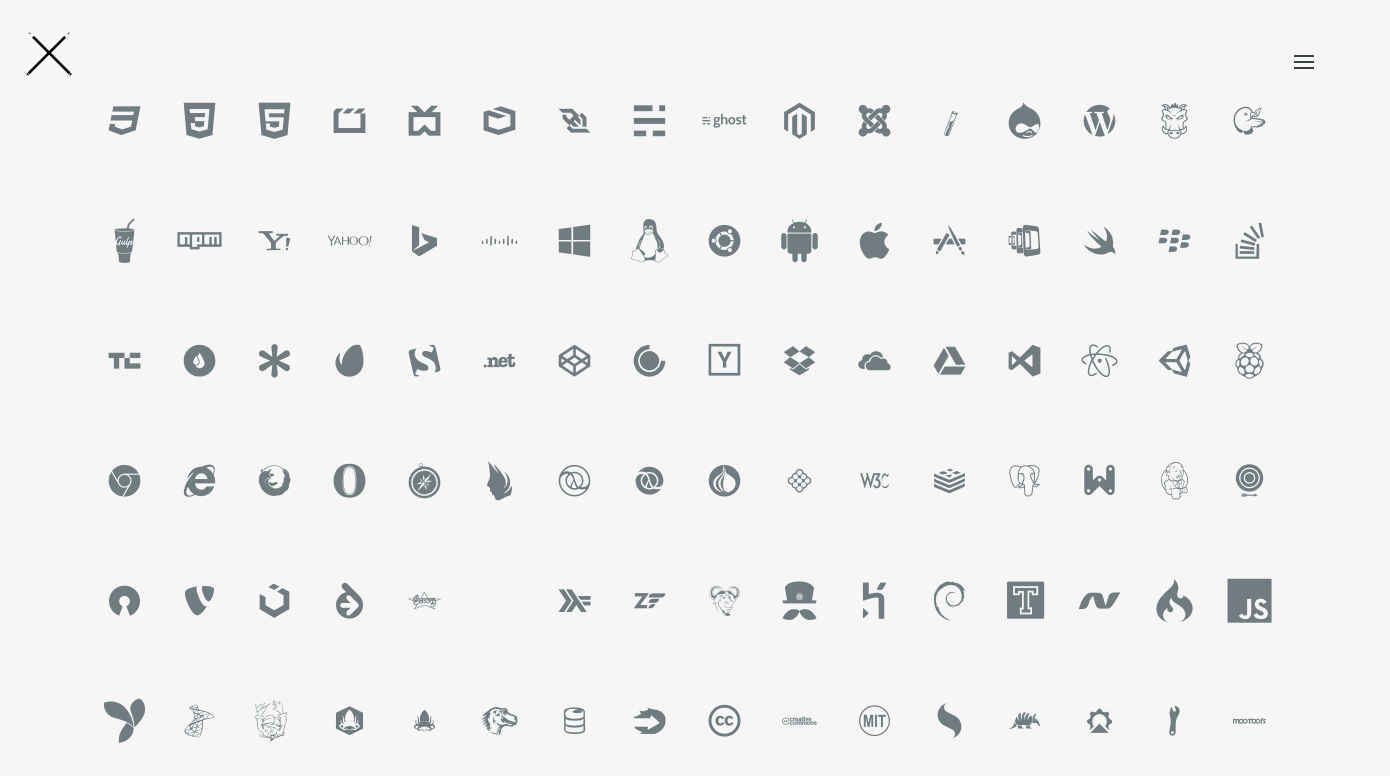 Use Devicons with a single line of code.

Thanks to the wonderful guys of jsdelivr you can now add Devicons into your project by adding the following code into the <HEAD> section of your project's HTML:

##Create a custom set In the repository you can find the IcoMoon manifest file [ selection.json ]. Load it into IcoMoon, make a proper selection of your desired icons and use them as you like. IcoMoon also can load devicons.svg file.

##Contribute to the project. IcoMoon is your dear friend. Load your SVG file into IcoMoon, make any changes and ship produced the selection.json file. I don't recommend using the selections.json file from the master branch as I want to keep encoded HTML characters serialized. New icons will be added in ascending order. You may also contribute just by shipping a vector based icon. (EPS,AI,SVG).

You may also take a look at Devicons Cheatsheet

Do you have any additional request? Drop me a line or support an issue.

Note: All brand icons are trademarks of their respective owners. The use of these trademarks does not indicate endorsement of the trademark holder by the author, nor vice versa.

The npm package devicons receives a total of ? weekly downloads. As such, devicons popularity was classified as small. Visit the popularity section on Snyk Advisor to see the full health analysis.

Is devicons safe to use?

The npm package devicons was scanned for known vulnerabilities and missing license, and no issues were found. Thus the package was deemed as safe to use. See the full health analysis review.

We found indications that devicons is an Inactive project. See the full package health analysis to learn more about the package maintenance status.