Based on project statistics from the GitHub repository for the npm package create-elm-app, we found that it has been starred 1,658 times, and that 6 other projects in the ecosystem are dependent on it.

With more than 10 contributors for the create-elm-app repository, this is possibly a sign for a growing and inviting community.

We found a way for you to contribute to the project! Looks like create-elm-app is missing a Code of Conduct.

Further analysis of the maintenance status of create-elm-app based on released npm versions cadence, the repository activity, and other data points determined that its maintenance is Inactive.

An important project maintenance signal to consider for create-elm-app is that it hasn't seen any new versions released to npm in the past 12 months, and could be considered as a discontinued project, or that which receives low attention from its maintainers.

create-elm-app has more than a single and default latest tag published for the npm package. This means, there may be other tags available for this package, such as next to indicate future releases, or stable to indicate stable releases.

Node >=8 is required for installation.

If you are running Linux OS, you should install it as the superuser: 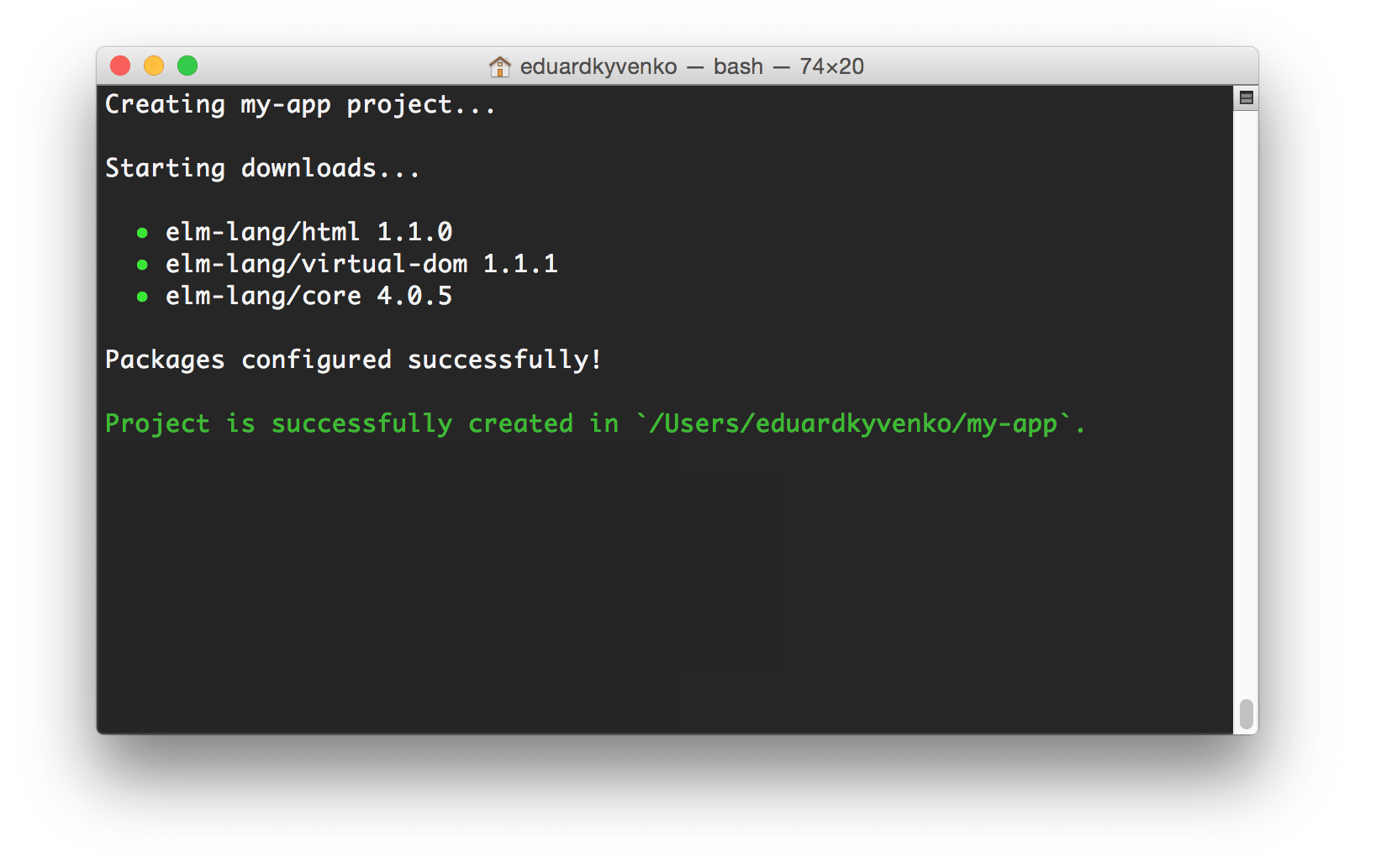 Create a new my-app folder with files for your future project.

You are ready to employ the full power of Create Elm App!

Run the app in development mode. Open https://localhost:3000 to view it in the browser. 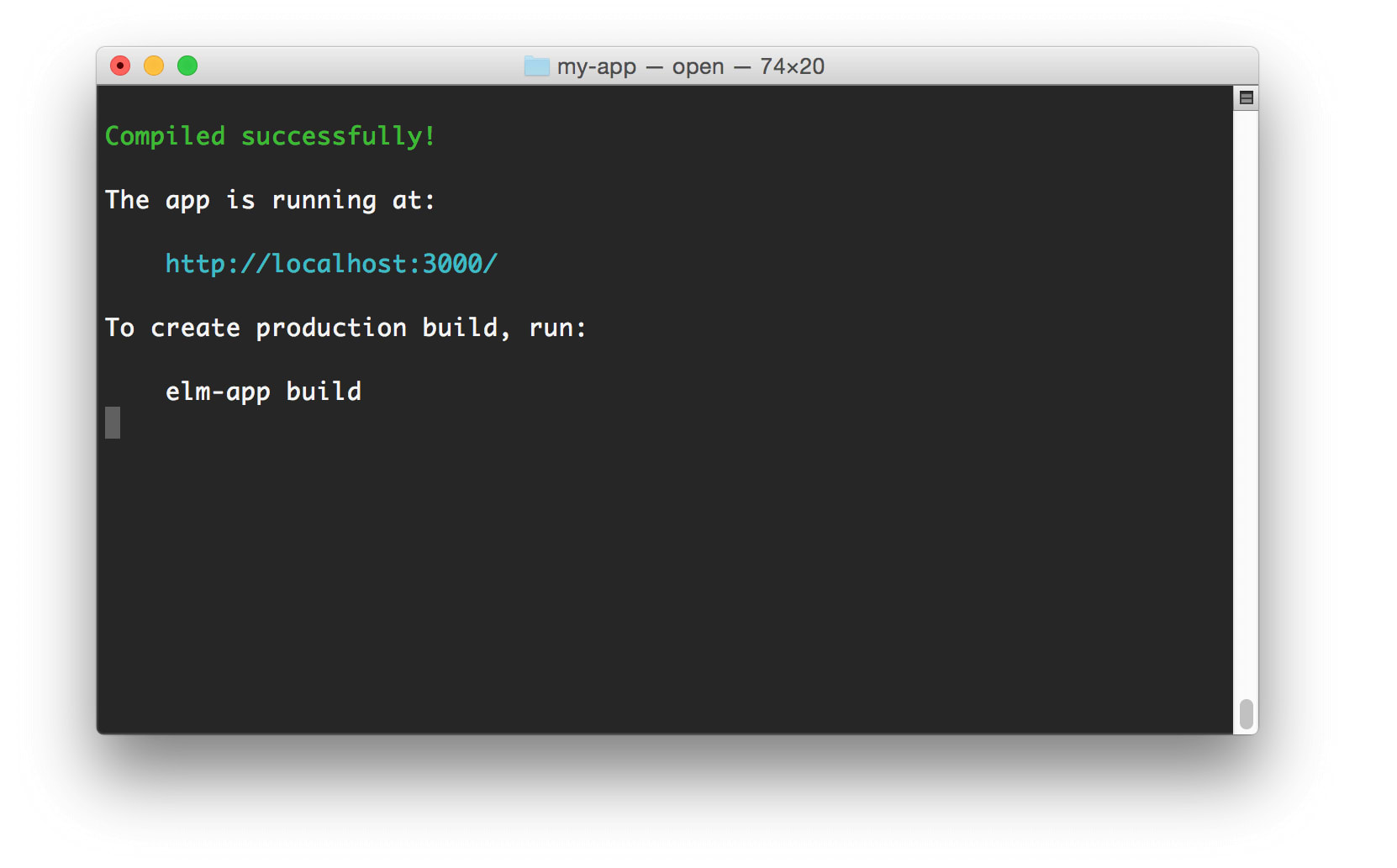 The page will reload if you make edits. You will see the build errors and lint warnings in the console and the browser window.

Builds the app for production to the build folder. It bundles Elm app and optimizes the build for the best performance.

The build is minified, and the filenames include the hashes.

Every generated project will contain a readme with guidelines for future development. The latest version is available here

Developing with Elm is fun and easy, but at some point, you will hit a couple of limitations.

Create Elm App adds a tool for optimizing production builds and running a development server with your app, which supports HMR.

All of that, combined with all the functionality of elm in a single command line tool, which you might use as a dependency or eject anytime.

Not happy with the default configuration? Use elm-app eject and customize your process.

That way, you can use Create Elm App as a tool for a boilerplate generation.

The tools used by Create Elm App are subject to change. Currently it is a thin layer on top of many amazing community projects, such as:

We would love to get you involved! Please check our Contributing Guide to get started!

The npm package create-elm-app receives a total of 1,211 weekly downloads. As such, create-elm-app popularity was classified as small. Visit the popularity section on Snyk Advisor to see the full health analysis.

We found indications that create-elm-app is an Inactive project. See the full package health analysis to learn more about the package maintenance status.

Is create-elm-app safe to use?

While scanning the latest version of create-elm-app, we found that a security review is needed. A total of 29 vulnerabilities or license issues were detected. See the full security scan results.