The npm package cloc receives a total of 51,775 downloads a week. As such, we scored cloc popularity level to be Recognized.

Based on project statistics from the GitHub repository for the npm package cloc, we found that it has been starred 262 times, and that 81 other projects in the ecosystem are dependent on it.

We found a way for you to contribute to the project! Looks like cloc is missing a Code of Conduct.

Further analysis of the maintenance status of cloc based on released npm versions cadence, the repository activity, and other data points determined that its maintenance is Inactive.

cloc has more than a single and default latest tag published for the npm package. This means, there may be other tags available for this package, such as next to indicate future releases, or stable to indicate stable releases. 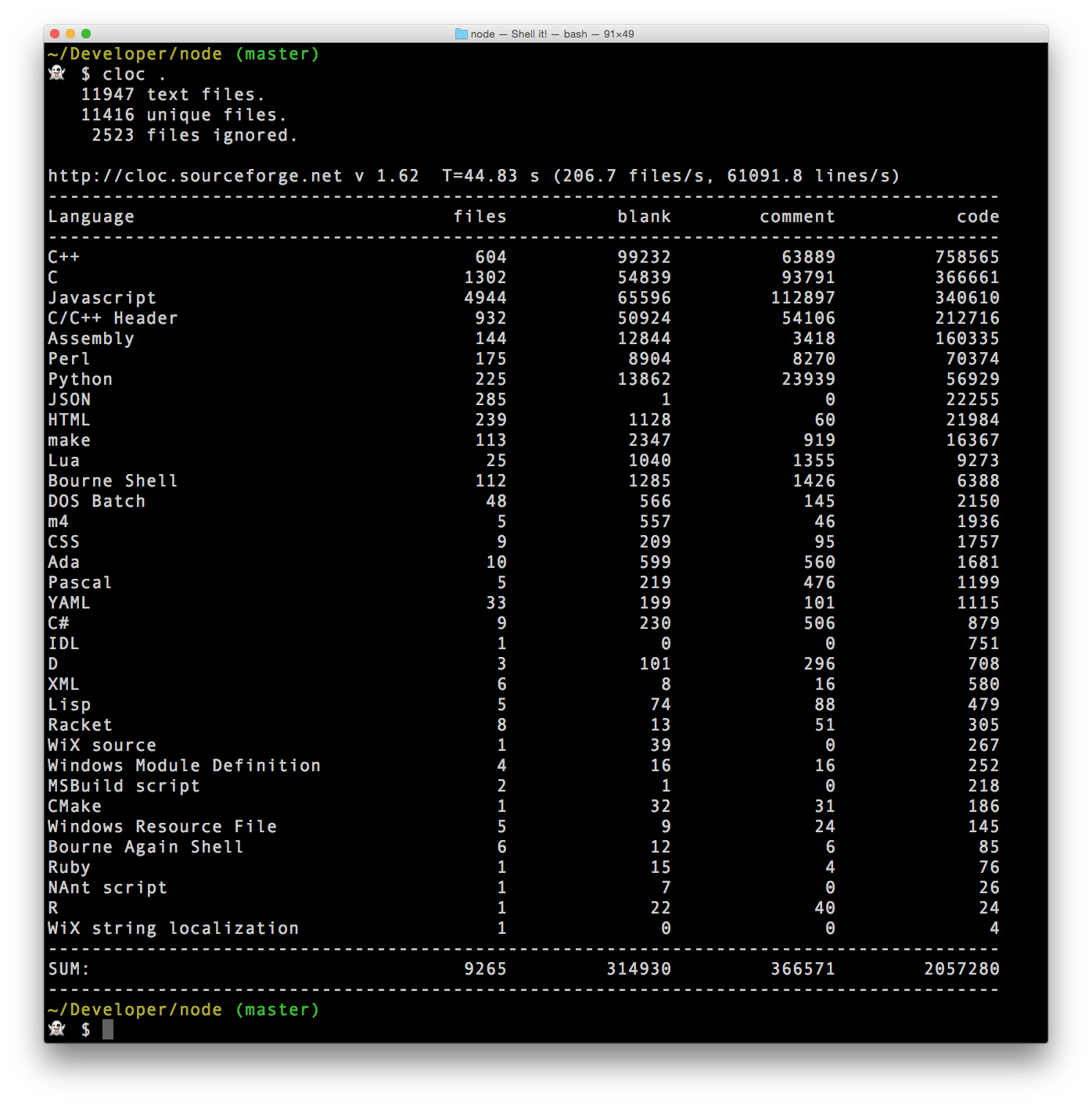 This is just an npm distribution of the amazing cloc by Al Danial. I created this package because I think cloc is awesome, but didn't want to download the file and commit it to my project.

cloc is written in perl and the binary that this package exposes is the cloc perl script. You must have perl installed on your machine for this binary to work.

This is distributed as an npm package (some say that stands for "Node Package Manager"). So you must have Node.js and npm installed.

Here are quick instructions on how to get those: https://blog.nodeknockout.com/post/65463770933/how-to-install-node-js-and-npm

Congratulations, you've opened your life to a whole new world of awesome tooling and other cool things 😃

However, you can also install it globally or locally to a project. Learn more

In your terminal, simply type npx cloc to get output of the options available.

See the official cloc website for documentation on how to use cloc.

Here's the output when you run cloc:

To update the cloc version, run:

This package is and the cloc cli itself is licensed with GPL 2.

The npm package cloc receives a total of 51,775 weekly downloads. As such, cloc popularity was classified as a recognized. Visit the popularity section on Snyk Advisor to see the full health analysis.

We found indications that cloc is an Inactive project. See the full package health analysis to learn more about the package maintenance status.

Is cloc safe to use?

The npm package cloc was scanned for known vulnerabilities and missing license, and no issues were found. Thus the package was deemed as safe to use. See the full health analysis review.