Based on project statistics from the GitHub repository for the npm package ckeditor4-react, we found that it has been starred 82 times.

With more than 10 contributors for the ckeditor4-react repository, this is possibly a sign for a growing and inviting community.

We found a way for you to contribute to the project! Looks like ckeditor4-react is missing a Code of Conduct.

Further analysis of the maintenance status of ckeditor4-react based on released npm versions cadence, the repository activity, and other data points determined that its maintenance is Healthy.

ckeditor4-react has more than a single and default latest tag published for the npm package. This means, there may be other tags available for this package, such as next to indicate future releases, or stable to indicate stable releases.

Not sure how to use ckeditor4-react?

To help you get started, we've collected the most common ways that ckeditor4-react is being used within popular public projects.

View more ways to use ckeditor4-react

We are looking forward to your feedback! You can report any issues, ideas or feature requests on the integration issues page. 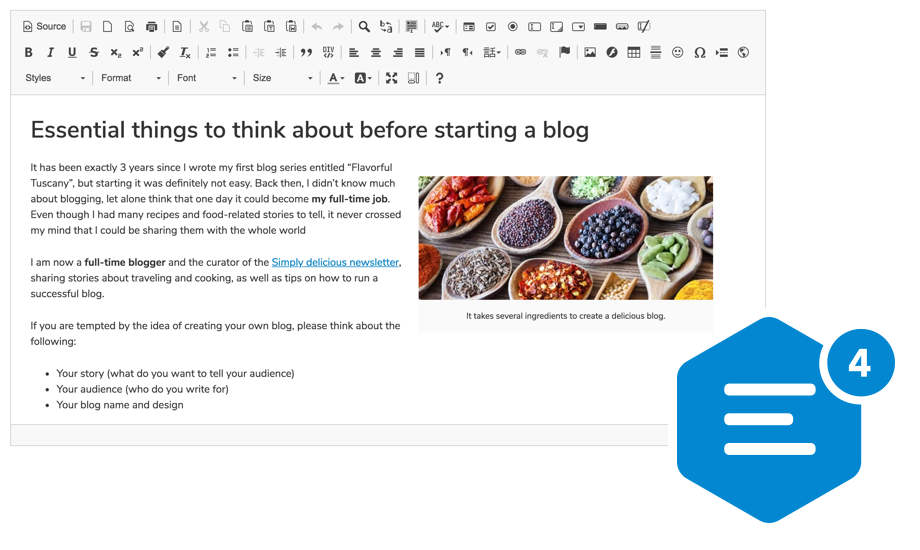 For even more examples, check out ready-to-fork samples inside samples directory. Each sample is a self-contained app that can be forked via GitHub or via services such as CodeSandbox. For instance, in order to clone basic sample, use this link.

The CKEditor 4 React integration was tested with React 18.

The CKEditor 4 React integration works with all the supported browsers except for Internet Explorer.

For full details about the license, please check the LICENSE.md file.

We found that ckeditor4-react demonstrated a healthy version release cadence and project activity. It has a community of 20 open source contributors collaborating on the project. See the full package health analysis to learn more about the package maintenance status.

Is ckeditor4-react safe to use?

The npm package ckeditor4-react was scanned for known vulnerabilities and missing license, and no issues were found. Thus the package was deemed as safe to use. See the full health analysis review.