The npm package buildcom receives a total of 333 downloads a week. As such, we scored buildcom popularity level to be Limited.

Based on project statistics from the GitHub repository for the npm package buildcom, we found that it has been starred ? times, and that 0 other projects in the ecosystem are dependent on it.

We found a way for you to contribute to the project! Looks like buildcom is missing a Code of Conduct.

Further analysis of the maintenance status of buildcom based on released npm versions cadence, the repository activity, and other data points determined that its maintenance is Healthy.

buildcom has more than a single and default latest tag published for the npm package. This means, there may be other tags available for this package, such as next to indicate future releases, or stable to indicate stable releases.

A component generator for React

The easiest way to use this is with npx:

If you wish to use it without an internet connection or if you are planning to use it multiple times (NPX is slower) then you can install and use it locally:

Then you can run it by typing buildcom

This will generate a react component in your current working directory.

The component produced in this animation is available to view here: https://github.com/foxleigh81/buildcom/tree/master/examples/my-example-component

You can specify some defaults by creating a .buildcomrc file in your home directory. It should look like this:

If you are using the .buildcomrc file you can run the buildcom command by itself and it will only ask one what to name your component. You can also specify the name of the component in the command line:

This will generate a component called my-component in the directory specified in the .buildcomrc file.

You can also use this method to create multiple components at once:

This is the only way to create multiple components at once, so this command is very useful, especially at the start of a new project.

If you call buildcom without any arguments and you are not using a config file the component folder will be created in your current working directory, it will also ask you some questions in order to build the component out properly.

You can also supply it with the following arguments:

Please note, the argument mode and question mode are the least flexible options. Using the .buildcomrc file is strongly recommended.

If you are using the questionnaire, this is covered in the questions. If using arguments then you can choose from the following options:

Each file is also available as a css module by adding an additional --modules or -m argument.

The following will output a CSS Module file (styles.modules.css)

Buildcom makes the following assumptions about your dependencies:

This project can output [Storybook] files for each component, for those of you who don't know what storybook is, here is a brief introduction: 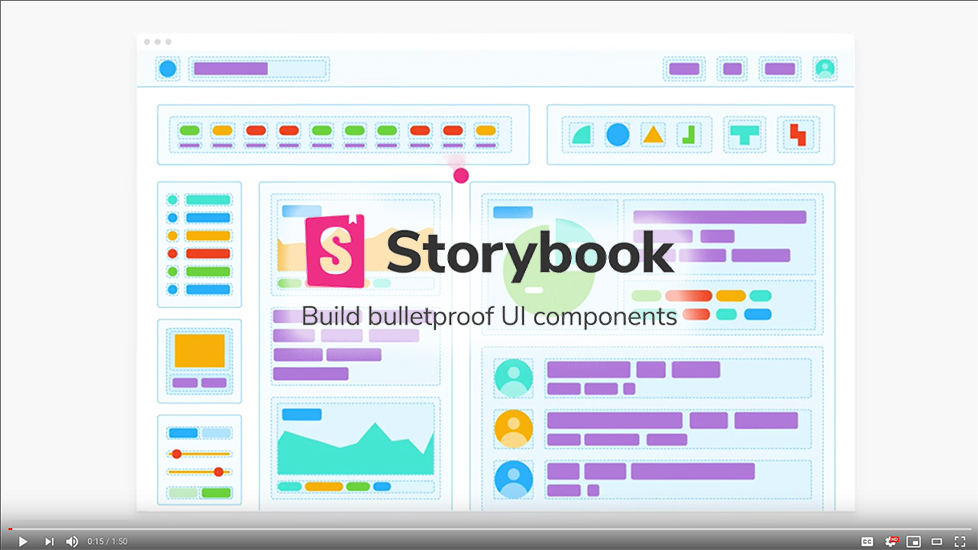 You can output storybook files in the CSF format or the MDX format instead, you can do this by either selecting it in the buildcom form, specifying it in the config file or adding the --mdx flag to the command (CSF format is default).

You can see an example output of this buildcom here: https://github.com/foxleigh81/buildcom/tree/master/examples/example

That component can be generated by running one of the following commands:

If you are using the .buildcomrc file

If you are using the argument mode

or the shorthand version of the above:

If you were using MDX syntax in your components, you will find that file that is generated has now changed, this is to bring it in line with the latest features available in Storybook. Your components should still generate fine, however the format of any newly generated Storybook files will be different to any existing ones.

The main change is that the .buildcomrc file is in a different format, this is to make it easier to understand and extend. If you upgrade to this version but keep your old config file, buildcom WILL fail.

Buildcom is about to be renamed to builda in the next major release, this is to prepare it for some future additions I have planned, which make no sense with the current name. When this happens, the buildcom npm package will be deprecated and the builda npm package will be the new package. Whilst v4 will be a breaking change (it's a ground-up rewrite!) the current version will continue to work as it is and will be preserved in the buildcom npm package - however it will receive no further updates.

This project has gained some traction in the recent months and as this was just a project I built for the use of myself and my team many years ago, I have not had much time to work on it - so I find the codebase a bit embarrassing now. I have been working on it for the past few months and have a few ideas for future features.

I personally use buildcom to generate components for my projects and over the years I've developed a very robust and reusable file structure, based on [next.js] and [storybook], so I plan to create a few tools to make generating items for that boilerplate easier as well as a tool to generate the entire boilerplate itself. These will likely be namespaced packages under the @builda scope which I have recently bagsied. I have no idea about timescales for these but I'm hoping to do at least a few alpha releases of each package in the next couple of months.

I made this with love and of course it is free for you to use and modify however you see fit, however if you would like to buy me a coffee to say thanks, I certainly won't complain 😃

I have a Patreon where you can support me and help me keep this project alive. At the moment I only have a single 'Offer Support' tier but I'm sure I'll be adding more tiers in the future when I get around to fleshing out my page.

The npm package buildcom receives a total of 333 weekly downloads. As such, buildcom popularity was classified as limited. Visit the popularity section on Snyk Advisor to see the full health analysis.

We found that buildcom demonstrated a healthy version release cadence and project activity. It has a community of 1 open source contributors collaborating on the project. See the full package health analysis to learn more about the package maintenance status.

Is buildcom safe to use?

The npm package buildcom was scanned for known vulnerabilities and missing license, and no issues were found. Thus the package was deemed as safe to use. See the full health analysis review.