Based on project statistics from the GitHub repository for the npm package brackets-viewer, we found that it has been starred 18 times, and that 0 other projects in the ecosystem are dependent on it.

We found a way for you to contribute to the project! Looks like brackets-viewer is missing a security policy.

Further analysis of the maintenance status of brackets-viewer based on released npm versions cadence, the repository activity, and other data points determined that its maintenance is Healthy.

We found a way for you to contribute to the project! Looks like brackets-viewer is missing a Code of Conduct.

brackets-viewer has more than a single and default latest tag published for the npm package. This means, there may be other tags available for this package, such as next to indicate future releases, or stable to indicate stable releases.

It contains all the logic needed to display tournaments. 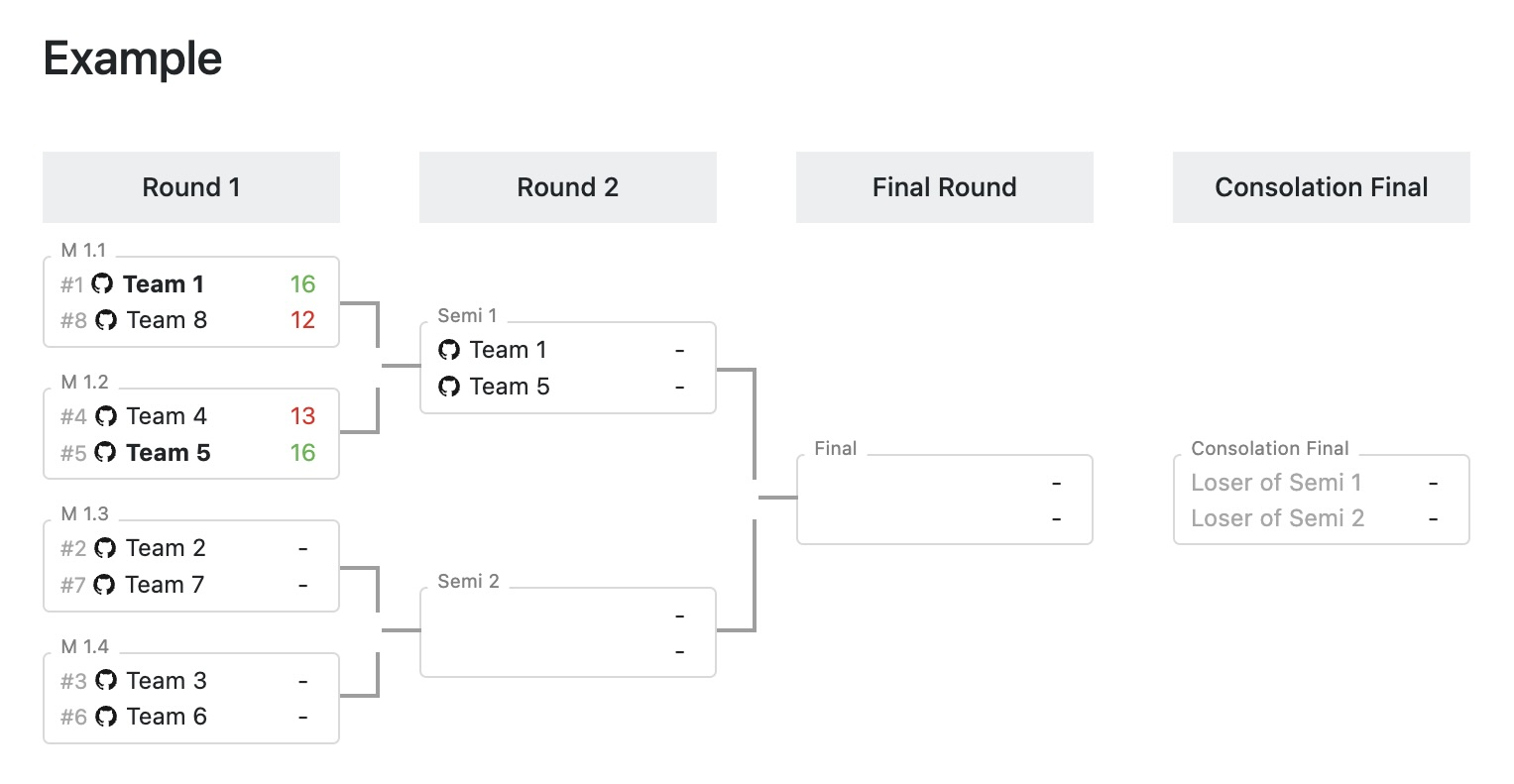 Or from GitHub with (you can replace @master by any branch name, tag name or commit id):

Now, you can use it with data generated using brackets-manager just like in the /demo folder.

To quickly test, you can use json-server:

This library has been created to be used by the Nantarena.

It has been inspired by:

Is brackets-viewer safe to use?

The npm package brackets-viewer was scanned for known vulnerabilities and missing license, and no issues were found. Thus the package was deemed as safe to use. See the full health analysis review.

We found that brackets-viewer demonstrated a healthy version release cadence and project activity. It has a community of 4 open source contributors collaborating on the project. See the full package health analysis to learn more about the package maintenance status.