Based on project statistics from the GitHub repository for the npm package better-calendar, we found that it has been starred ? times.

We found a way for you to contribute to the project! Looks like better-calendar is missing a Code of Conduct.

Further analysis of the maintenance status of better-calendar based on released npm versions cadence, the repository activity, and other data points determined that its maintenance is Inactive.

An important project maintenance signal to consider for better-calendar is that it hasn't seen any new versions released to npm in the past 12 months, and could be considered as a discontinued project, or that which receives low attention from its maintainers.

better-calendar has more than a single and default latest tag published for the npm package. This means, there may be other tags available for this package, such as next to indicate future releases, or stable to indicate stable releases. 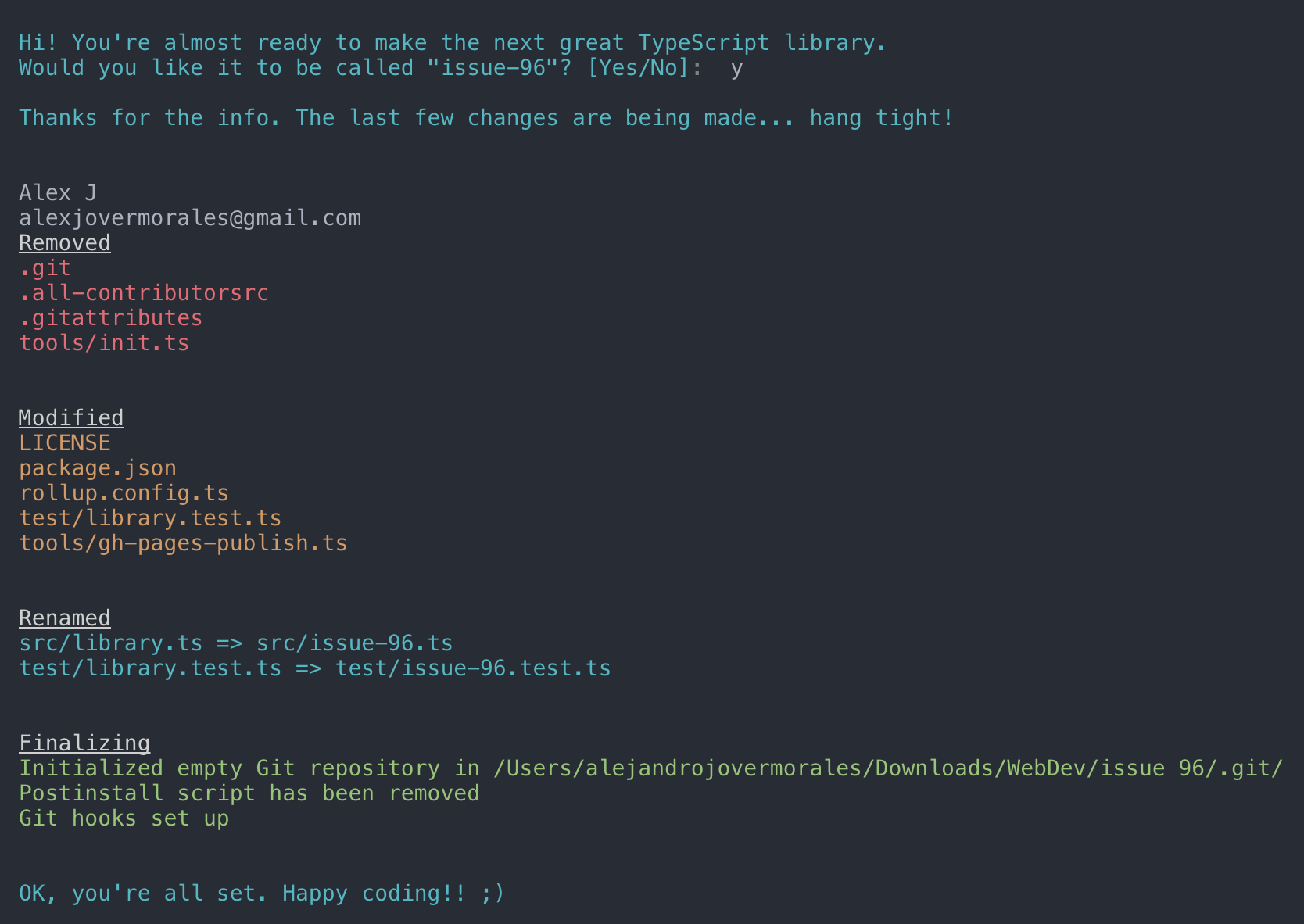 Start coding! package.json and entry files are already set up for you, so don't worry about linking to your main file, typings, etc. Just keep those files with the same name.

You can import the generated bundle to use the whole library generated by this starter:

Additionally, you can import the transpiled modules from dist/lib in case you have a modular library:

On library development, one might want to set some peer dependencies, and thus remove those from the final bundle. You can see in Rollup docs how to do that.

Good news: the setup is here for you, you must only include the dependency name in external property within rollup.config.js. For example, if you want to exclude lodash, just write there external: ['lodash'].

Prerequisites: you need to create/login accounts and add your project to:

Prerequisite for Windows: Semantic-release uses node-gyp so you will need to install Microsoft's windows-build-tools using this command:

Follow the console instructions to install semantic release and run it (answer NO to "Do you want a .travis.yml file with semantic-release setup?").

Note: make sure you've setup repository.url in your package.json file

From now on, you'll need to use npm run commit, which is a convenient way to create conventional commits.

Automatic releases are possible thanks to semantic release, which publishes your code automatically on github and npm, plus generates automatically a changelog. This setup is highly influenced by Kent C. Dodds course on egghead.io

By default, there are two disabled git hooks. They're set up when you run the npm run semantic-release-prepare script. They make sure:

This makes more sense in combination with automatic releases

TypeScript or Babel only provides down-emits on syntactical features (class, let, async/await...), but not on functional features (Array.prototype.find, Set, Promise...), . For that, you need Polyfills, such as core-js or babel-polyfill (which extends core-js).

For a library, core-js plays very nicely, since you can import just the polyfills you need:

What is npm install doing on first run?

It runs the script tools/init which sets up everything for you. In short, it:

What if I don't want git-hooks, automatic releases or semantic-release?

Then you may want to:

What if I don't want to use coveralls or report my coverage?

Here are some projects that use typescript-library-starter:

Made with ❤️ by @alexjoverm and all these wonderful contributors (emoji key):

We found indications that better-calendar is an Inactive project. See the full package health analysis to learn more about the package maintenance status.

Is better-calendar safe to use?

The npm package better-calendar was scanned for known vulnerabilities and missing license, and no issues were found. Thus the package was deemed as safe to use. See the full health analysis review.