Based on project statistics from the GitHub repository for the npm package ask-sdk-controls, we found that it has been starred 27 times, and that 0 other projects in the ecosystem are dependent on it.

We found a way for you to contribute to the project! Looks like ask-sdk-controls is missing a security policy.

Further analysis of the maintenance status of ask-sdk-controls based on released npm versions cadence, the repository activity, and other data points determined that its maintenance is Healthy.

With more than 10 contributors for the ask-sdk-controls repository, this is possibly a sign for a growing and inviting community.

ask-sdk-controls has more than a single and default latest tag published for the npm package. This means, there may be other tags available for this package, such as next to indicate future releases, or stable to indicate stable releases. 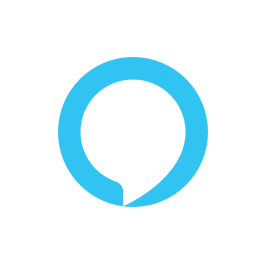 Sample that familiarizes you with the Controls framework, allowing you to hear a response from Alexa when you trigger the skill.

For bug reports, feature requests and questions, we would like to hear about it. Search the existing issues and try to make sure your problem doesn’t already exist before opening a new issue. It’s helpful if you include the version of the SDK, Node.js or browser environment and OS you’re using. Please include a stack trace and reduced repro case when appropriate, too.

This SDK is distributed under the Apache License, Version 2.0, see LICENSE for more information.

Is ask-sdk-controls safe to use?

The npm package ask-sdk-controls was scanned for known vulnerabilities and missing license, and no issues were found. Thus the package was deemed as safe to use. See the full health analysis review.

We found that ask-sdk-controls demonstrated a healthy version release cadence and project activity. It has a community of 20 open source contributors collaborating on the project. See the full package health analysis to learn more about the package maintenance status.