The npm package alm receives a total of 300 downloads a week. As such, we scored alm popularity level to be Small.

Based on project statistics from the GitHub repository for the npm package alm, we found that it has been starred 2,681 times, and that 3 other projects on the ecosystem are dependent on it.

Snyk detected that the latest version of alm has a security vulnerability.

We found a way for you to contribute to the project! Looks like alm is missing a security policy.

Further analysis of the maintenance status of alm based on released npm versions cadence, the repository activity, and other data points determined that its maintenance is Inactive.

An important project maintenance signal to consider for alm is that it hasn't seen any new versions released to npm in the past 12 months, and could be considered as a discontinued project, or that which receives low attention from its maintainers.

Readme.md
Yes
Contributing.md
No
Code of Conduct
No
Contributors
4
Funding
No
License
MIT

We found a way for you to contribute to the project! Looks like alm is missing a Code of Conduct.

We detected a total of 465 direct & transitive dependencies for alm. See the full dependency tree of alm

alm has more than a single and default latest tag published for the npm package. This means, there may be other tags available for this package, such as next to indicate future releases, or stable to indicate stable releases.

The best IDE for TypeScript

This project is powered by github 🌟s ^ go ahead and star it please.

Checkout the website and if you need more reasons we have them.

Run it passing in the directory you want to serve up:

Now open it in chrome at the URL mentioned in your console. (protip use alm -o if your default browser is chrome) 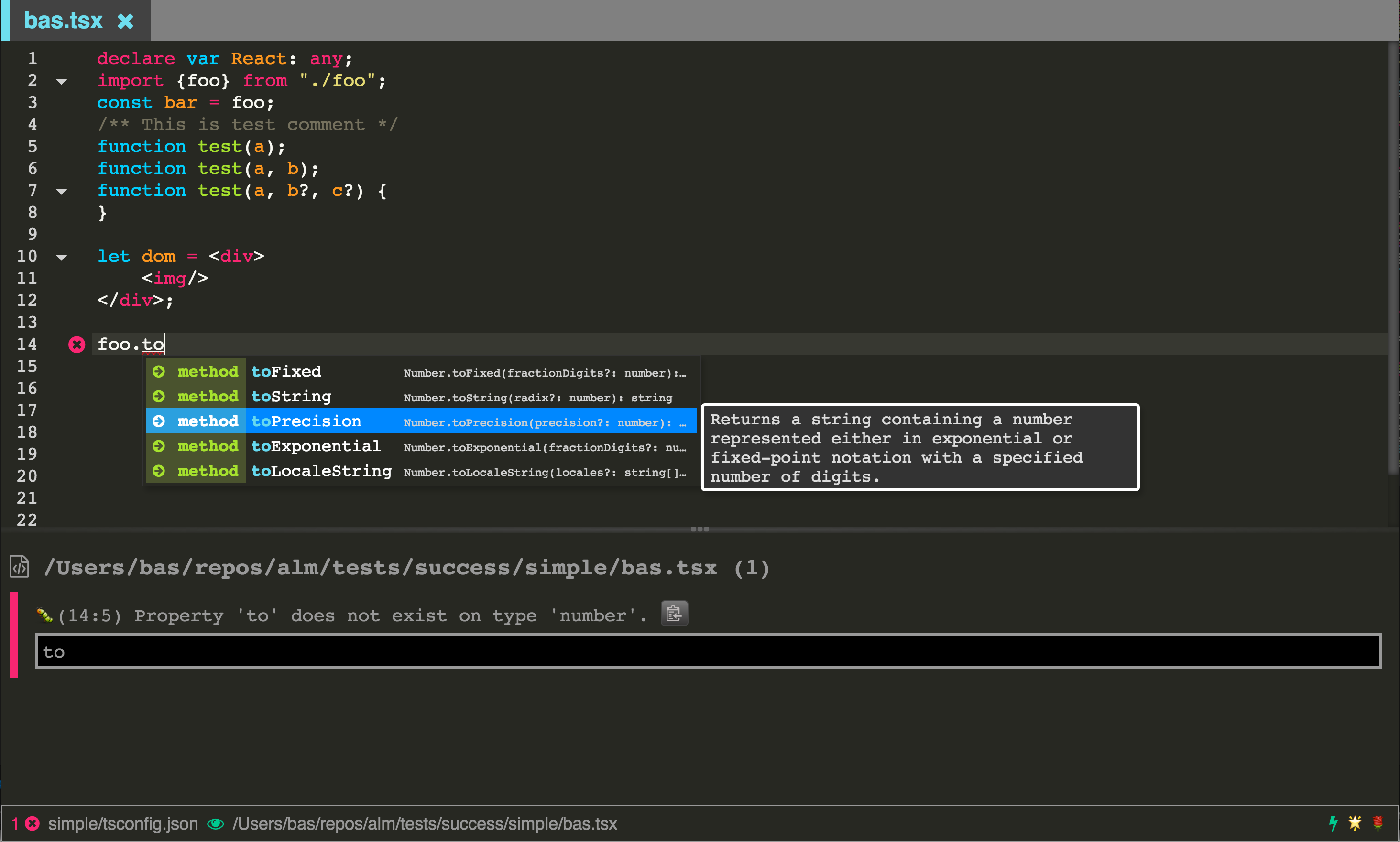 We work hard :construction_worker: on our :memo: so please jump to the book. 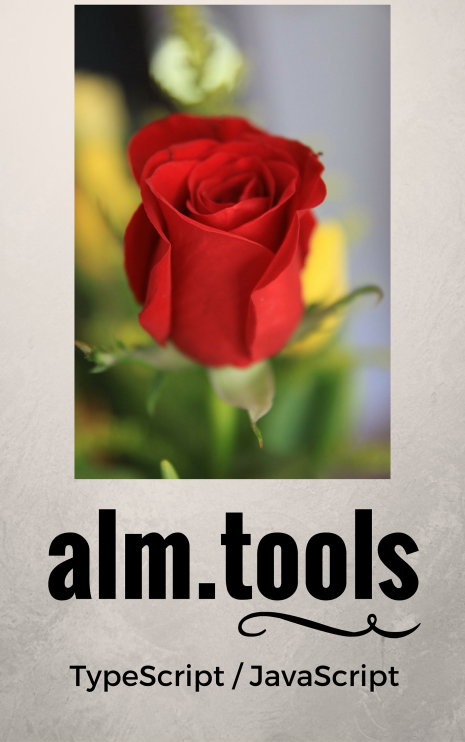 And of course my favorite:

A key motivation for this project is to educate the community of about creating great TypeScript tools. So we would love to help you understand how the project works. Checkout the developer / contributor docs.