45 / 100
All security vulnerabilities belong to production dependencies of direct and indirect packages.

The npm package agar-clone receives a total of 4 downloads a week. As such, we scored agar-clone popularity level to be Small.

Based on project statistics from the GitHub repository for the npm package agar-clone, we found that it has been starred 2,770 times, and that 0 other projects in the ecosystem are dependent on it.

With more than 10 contributors for the agar-clone repository, this is possibly a sign for a growing and inviting community.

We found a way for you to contribute to the project! Looks like agar-clone is missing a Code of Conduct.

Further analysis of the maintenance status of agar-clone based on released npm versions cadence, the repository activity, and other data points determined that its maintenance is Inactive.

An important project maintenance signal to consider for agar-clone is that it hasn't seen any new versions released to npm in the past 12 months, and could be considered as a discontinued project, or that which receives low attention from its maintainers.

agar-clone has more than a single and default latest tag published for the npm package. This means, there may be other tags available for this package, such as next to indicate future releases, or stable to indicate stable releases.

A simple but powerful Agar.IO clone built with socket.IO and HTML5 canvas on top of NodeJS. 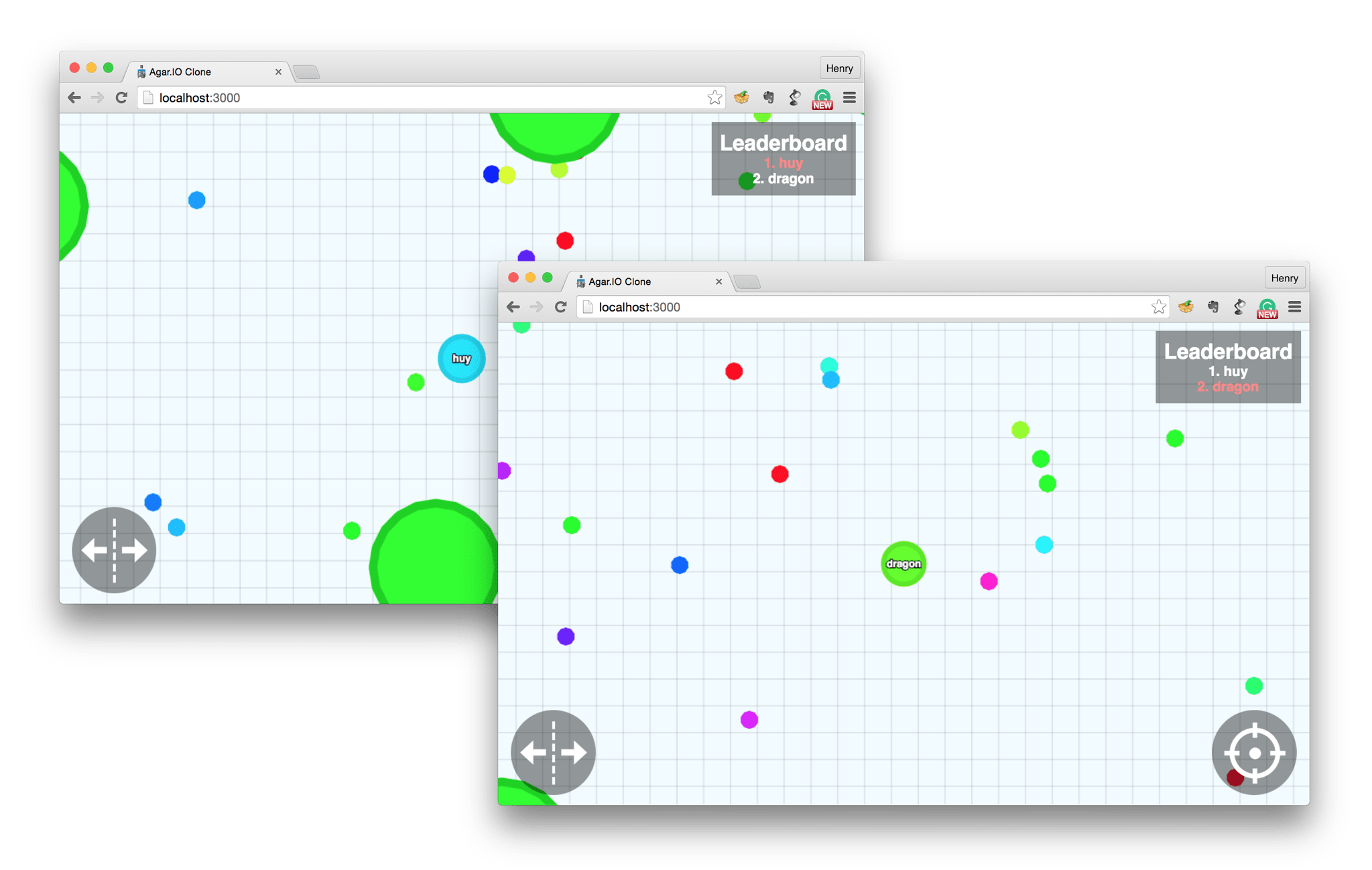 An updated and live list of live demos can be found on the Live Demos wiki page.

You can check out how to play on our wiki.

You can simply click one of the buttons below to easily deploy this repo to Bluemix or Heroku:

You can check out a more detailed setup tutorial on our wiki.

After cloning the source code from Github, you need to run the following command to download all the dependencies (socket.IO, express, etc.):

After downloading all the dependencies, you can run the server with the following command:

The game will then be accessible at https://localhost:3000 or the respective server installed on. The default port is 3000, however this can be changed in config. Further elaboration is available on our wiki.

Running the Server with Docker

If you have Docker installed, after cloning the repository you can run the following commands to start the server and make it acessible at https://localhost:3000:

This is a clone of the game Agar.IO. Someone said that Agar.IO is a clone of an iPad game called Osmos, but we haven't tried it yet. (Cloneception? 😛)

Well, while the original game is still online, it is closed-source, and sometimes, it suffers from massive lag. That's why we want to make an open source version of it: for educational purposes, and to let the community add the features that they want, self-host it on their own servers, have fun with friends and more.

No. This game belongs to the open-source community, and we have no plans on making money out of it nor competing with anything. But you can of course create your own public server, let us know if you do so and we can add it to our Live Demos list!

Of course! As long as your client supports WebSockets, you can write your game client in any language/technology, even with Unity3D if you want (there is an open source library for Unity to communicate with WebSockets)!

We have an explicit TODO list for the all the features we aim to develop in the future. Feel free to contribute, we'll be more than grateful.

You can check out the full license here.

The npm package agar-clone receives a total of 4 weekly downloads. As such, agar-clone popularity was classified as small. Visit the popularity section on Snyk Advisor to see the full health analysis.

We found indications that agar-clone is an Inactive project. See the full package health analysis to learn more about the package maintenance status.

Is agar-clone safe to use?

While scanning the latest version of agar-clone, we found that a security review is needed. A total of 29 vulnerabilities or license issues were detected. See the full security scan results.