Based on project statistics from the GitHub repository for the npm package @gyrus/ngx-with-next-from, we found that it has been starred ? times, and that 0 other projects in the ecosystem are dependent on it.

We found a way for you to contribute to the project! Looks like @gyrus/ngx-with-next-from is missing a Code of Conduct.

Further analysis of the maintenance status of @gyrus/ngx-with-next-from based on released npm versions cadence, the repository activity, and other data points determined that its maintenance is Inactive.

An important project maintenance signal to consider for @gyrus/ngx-with-next-from is that it hasn't seen any new versions released to npm in the past 12 months, and could be considered as a discontinued project, or that which receives low attention from its maintainers.

@gyrus/ngx-with-next-from has more than a single and default latest tag published for the npm package. This means, there may be other tags available for this package, such as next to indicate future releases, or stable to indicate stable releases.

The withNextFrom RxJs operator is designed to behave in a similar way to the standard RxJs operator, withLatestFrom, but without the problem described below. It can be treated as a drop in replacement for the original operator that particularly benefits Angular developers using scaffolded unit tests that follow accepted Angular best practices. 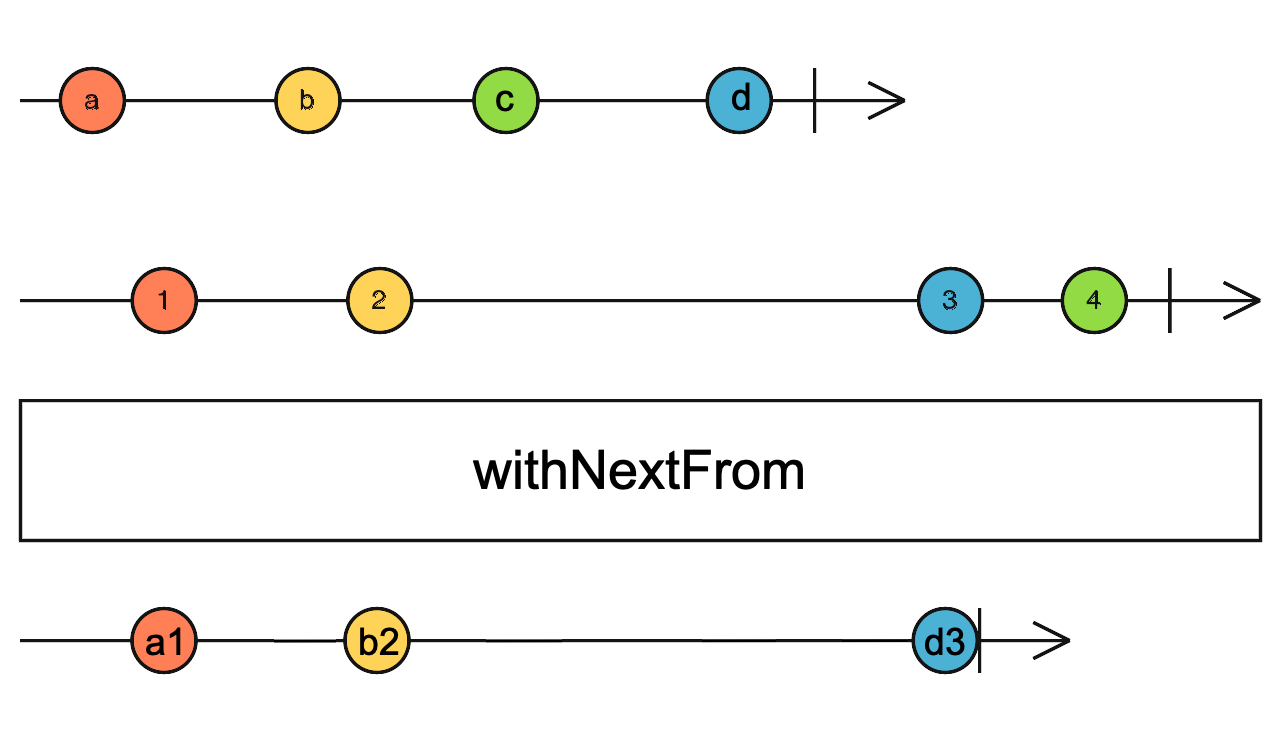 Unlike withLatestFrom, this new operator withNextFrom requires each parameter to be a function that returns an Observable, as opposed to a pure Observable. This is to allow the closure function in the RxJs operator to not block the unit test run-time 'mockability'.

There is an unexpected behaviour from the RxJs pipe operator, withLatestFrom, when its results are mocked within a test after the TestBed module has been loaded.

withLatestFrom mocking on initialisation inside the beforeEach() of a .spec file works fine. But this is really considered bad practice because it separates the test case mocked values from the unit test.

This alternative operator, withNextFrom serves a similar purpose as withLatestFrom, but doesn't need to be aware of the observable stream's history because it's only interested in the next value (or current one, in the case of Behaviour Subject).

Why did I create this?

I think the power and simplicity of withLatestFrom is awesome. But the non-standard way of mocking it for Angular tests was a deal breaker for me. So after spending too much time researching the issue, I fixed it.

RxJS operator returning an array of the next available values of each parameter observable. Visit Snyk Advisor to see a full health score report for @gyrus/ngx-with-next-from, including popularity, security, maintenance & community analysis.

We found indications that @gyrus/ngx-with-next-from is an Inactive project. See the full package health analysis to learn more about the package maintenance status.

Is @gyrus/ngx-with-next-from safe to use?

While scanning the latest version of @gyrus/ngx-with-next-from, we found that a security review is needed. A total of 2 vulnerabilities or license issues were detected. See the full security scan results.