Based on project statistics from the GitHub repository for the npm package @figlinq/svgedit, we found that it has been starred 5,393 times.

With more than 10 contributors for the @figlinq/svgedit repository, this is possibly a sign for a growing and inviting community.

Further analysis of the maintenance status of @figlinq/svgedit based on released npm versions cadence, the repository activity, and other data points determined that its maintenance is Sustainable.

@figlinq/svgedit has more than a single and default latest tag published for the npm package. This means, there may be other tags available for this package, such as next to indicate future releases, or stable to indicate stable releases.

SVG-edit is a fast, web-based, JavaScript-driven SVG drawing editor that works in any modern browser. 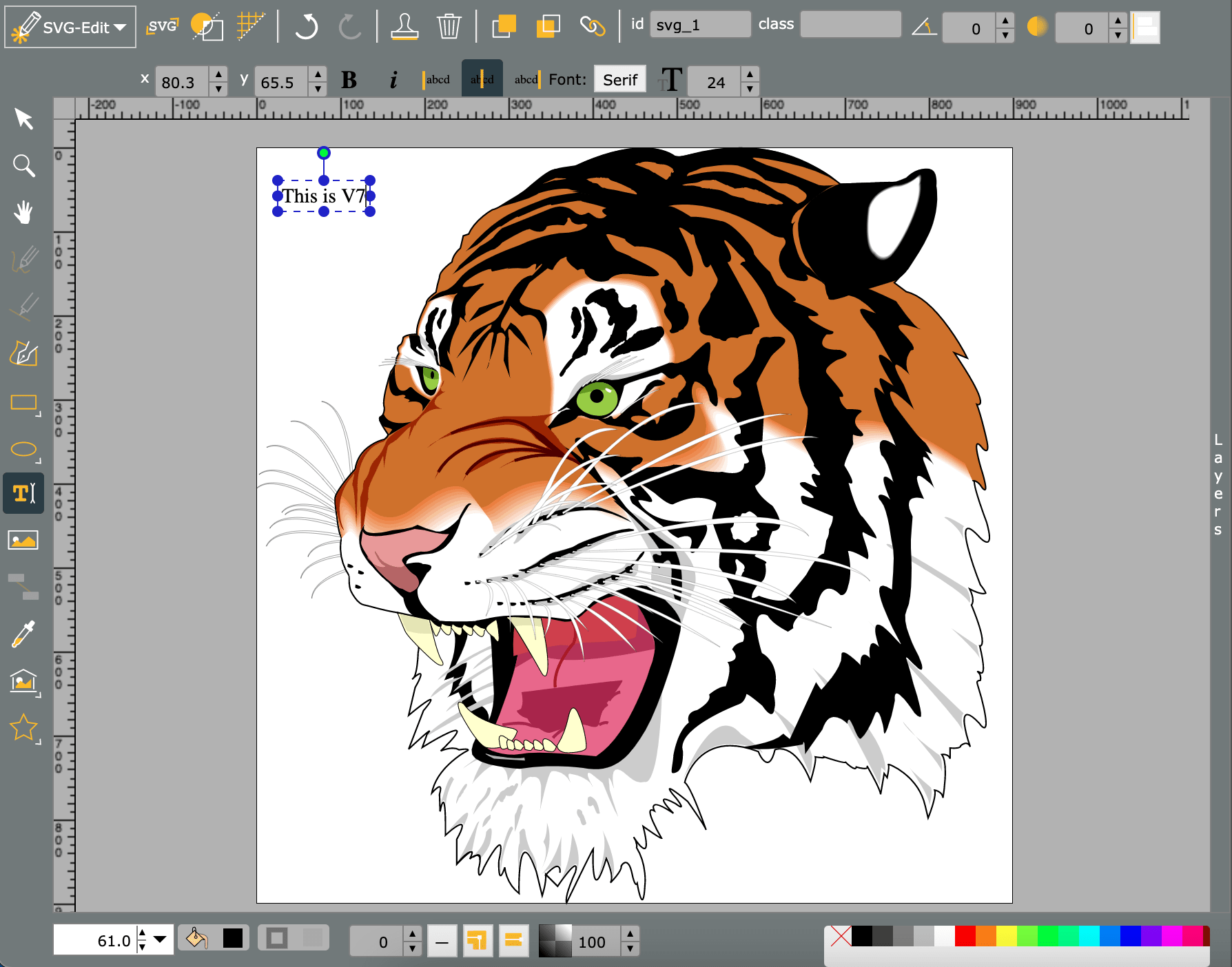 SVG-Edit is the most popular open source SVG editor. It was started more than 10 years ago by a fantastic team of developers. Unfortunately, the product was not maintained for a quite long period. We decided to give this tool a new life by refreshing many aspects. If you can help us to maintain SVG-Edit, you are more than welcome!

Thanks to Netlify, you can test the following builds:

Integrating SVG-edit into your own application

V7 is changing significantly the way to integrate and customize SVG-Edit. The documentation will be detailed here.

SVG-Edit is made of two major components:

For earlier versions of SVG-Edit, please look in their respective branches.

SVGedit versions are deployed to:

We found indications that @figlinq/svgedit maintenance is sustainable demonstrating some project activity. We saw a total of 80 open source contributors collaborating on the project. See the full package health analysis to learn more about the package maintenance status.

Is @figlinq/svgedit safe to use?

The npm package @figlinq/svgedit was scanned for known vulnerabilities and missing license, and no issues were found. Thus the package was deemed as safe to use. See the full health analysis review.