The PyPI package benchmcmc receives a total of 0 downloads a week. As such, we scored benchmcmc popularity level to be Limited.

Based on project statistics from the GitHub repository for the PyPI package benchmcmc, we found that it has been starred 1 times, and that 0 other projects in the ecosystem are dependent on it.

We found a way for you to contribute to the project! Looks like benchmcmc is missing a security policy.

Further analysis of the maintenance status of benchmcmc based on released PyPI versions cadence, the repository activity, and other data points determined that its maintenance is Inactive.

An important project maintenance signal to consider for benchmcmc is that it hasn't seen any new versions released to PyPI in the past 12 months, and could be considered as a discontinued project, or that which receives low attention from its maintainers.

We found a way for you to contribute to the project! Looks like benchmcmc is missing a Code of Conduct.

Installing is as always

It depends on pymc3 and matplotlib, so these are also installed.

The first command generates 200 synthetic data points and put them into bench.txt, and the second command runs benchmcmc on the data, displaying a trace plot of the MCMC.

This package lets you take a series of benchmark data analyses whether there at one point was a change in performance.

Suppose that you run your benchmark tests on every commit that you have (e.g. looping over git-rev-list), and you see that your performance data is (e.g. in requests per second or in seconds, or other measures) as follows: 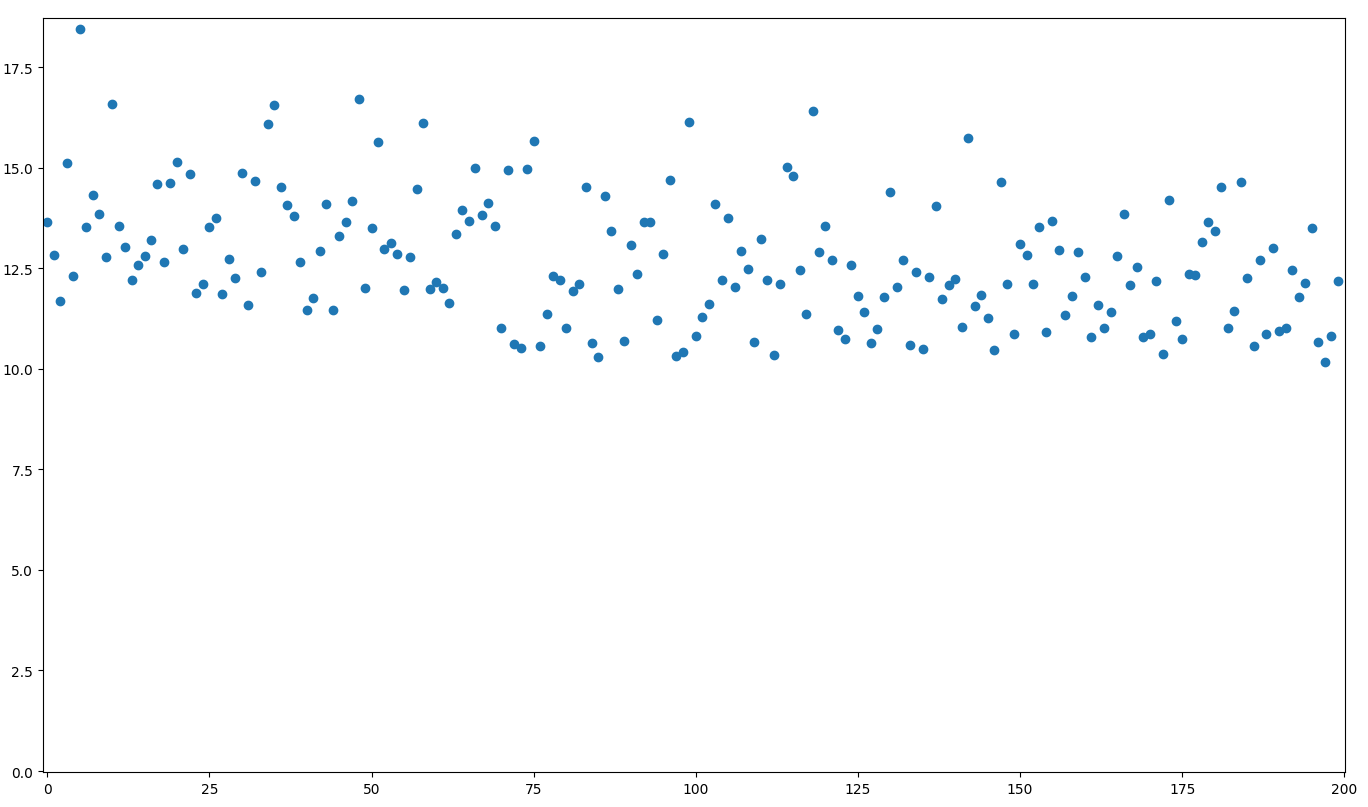 There seems to be a slight drop in values before the 100th point, but it's not easy to determine exactly where the change occurred.

Suppose that you wonder whether or not the performance at the start and at the end are likely to be from two different distributions, and if so, where the switchpoint was. 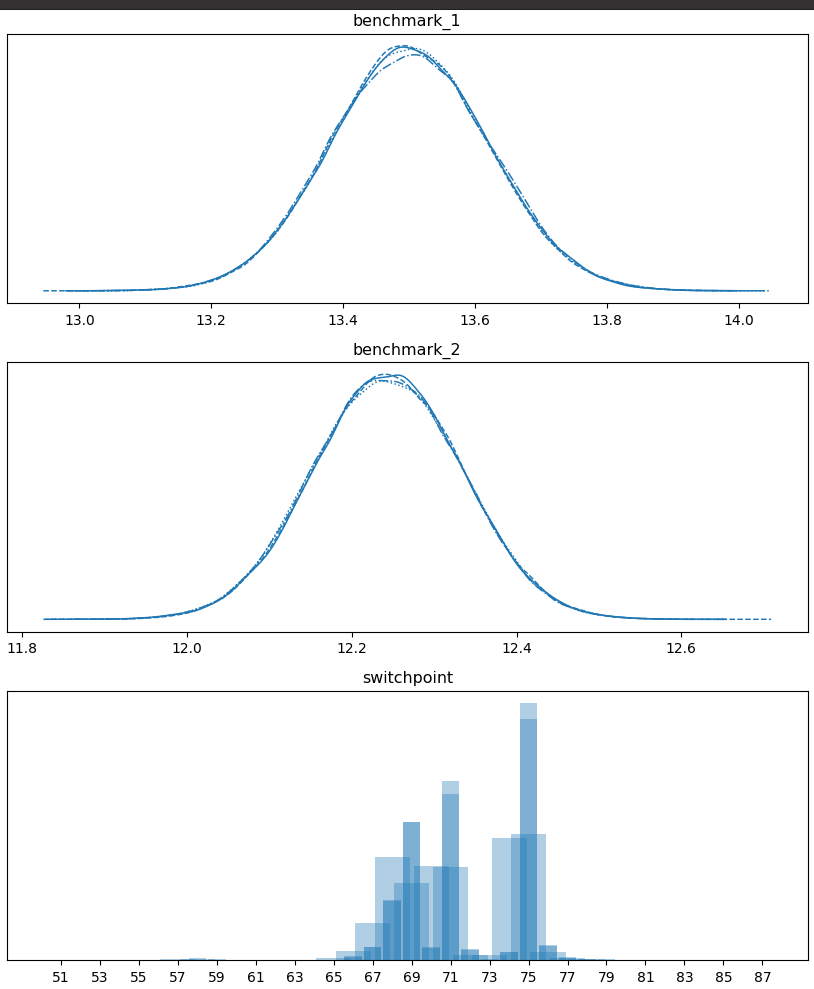 Running benchmcmc on the data gives the above plot which shows that it is likely that the performance went from ~13.5 to ~12.25 at or around the 69th or 75th datapoints.

This helps you pin down when a performance change might have occurred.

The options available are those illustrated in the above examples and all taken from and fed into pymc3.sampling.sample.

You can run benchmcmc --generate for generating synthetic benchmark data.

If you use --beta, you get a bit more realistic performance with a lower bound of mu, especially for lower values of mu.

Running a script on a history

Suppose that you want to run python script.py on a script that is in your Git tree.

When run in a repository, it will output time data in the format

Here is an example of the output:

For example, you can create a script gitrun that looks as follows:

We found indications that benchmcmc is an Inactive project. See the full package health analysis to learn more about the package maintenance status.

Is benchmcmc safe to use?

The python package benchmcmc was scanned for known vulnerabilities and missing license, and no issues were found. Thus the package was deemed as safe to use. See the full health analysis review.