Based on project statistics from the GitHub repository for the npm package node-red-contrib-johnny5, we found that it has been starred 6 times, and that 0 other projects in the ecosystem are dependent on it.

We found a way for you to contribute to the project! Looks like node-red-contrib-johnny5 is missing a Code of Conduct.

Further analysis of the maintenance status of node-red-contrib-johnny5 based on released npm versions cadence, the repository activity, and other data points determined that its maintenance is Inactive.

An important project maintenance signal to consider for node-red-contrib-johnny5 is that it hasn't seen any new versions released to npm in the past 12 months, and could be considered as a discontinued project, or that which receives low attention from its maintainers.

node-red-contrib-johnny5 has more than a single and default latest tag published for the npm package. This means, there may be other tags available for this package, such as next to indicate future releases, or stable to indicate stable releases.

A set of input and output nodes for controlling General Purpose Input and Outputs (GPIOs) though the use of Johnny-Five I/O Plugins as well as running Johnny-Five scripts!

This is a fork of monteslu/node-red-contrib-gpio

From inside your node-red directory: 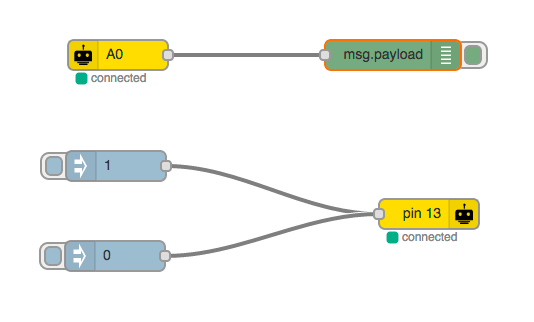 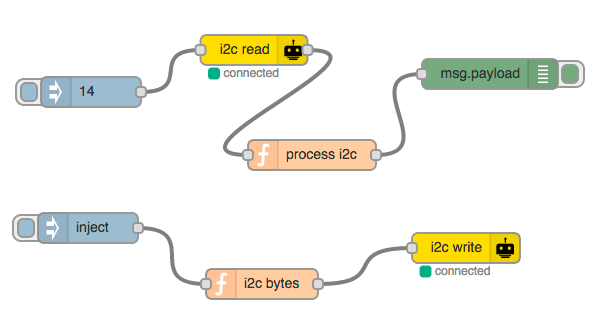 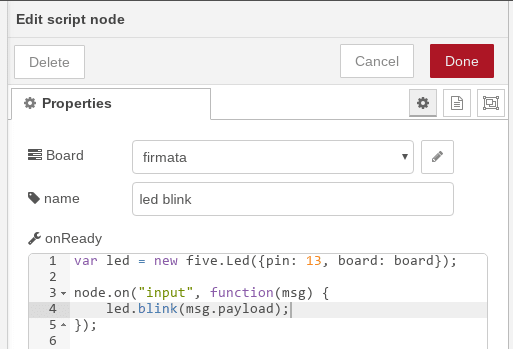 Arduino is supported out of the box, but for other devices, you'll need to install their IO plugin.

For example to install the Raspberry Pi plugin: 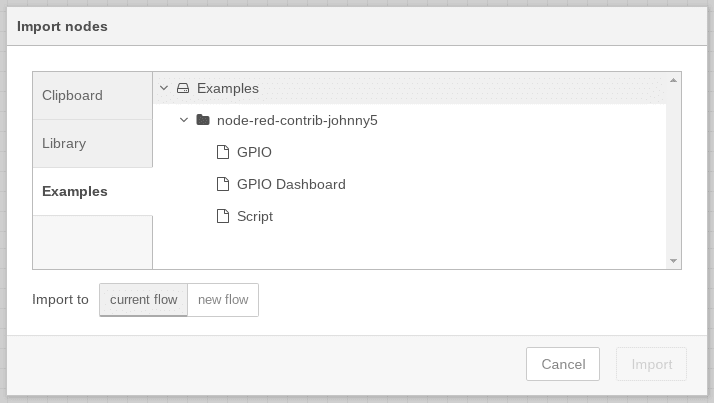 If you're using Arduino/Firmata, you can connect to a remote device via a raw tcp socket, or an MQTT connection.

For example, if you wanted to connect using tcp, in node-red you could specify an ip and port. On another machine with an Arduino plugged in you could run a server that relays a tcp socket to a serial port such as: tcpSerialRelay.js

We found indications that node-red-contrib-johnny5 is an Inactive project. See the full package health analysis to learn more about the package maintenance status.

Is node-red-contrib-johnny5 safe to use?

While scanning the latest version of node-red-contrib-johnny5, we found that a security review is needed. A total of 10 vulnerabilities or license issues were detected. See the full security scan results.