Based on project statistics from the GitHub repository for the npm package jquery-events-to-dom-events, we found that it has been starred 14 times, and that 0 other projects in the ecosystem are dependent on it.

We found a way for you to contribute to the project! Looks like jquery-events-to-dom-events is missing a Code of Conduct.

Further analysis of the maintenance status of jquery-events-to-dom-events based on released npm versions cadence, the repository activity, and other data points determined that its maintenance is Inactive.

An important project maintenance signal to consider for jquery-events-to-dom-events is that it hasn't seen any new versions released to npm in the past 12 months, and could be considered as a discontinued project, or that which receives low attention from its maintainers.

jquery-events-to-dom-events has more than a single and default latest tag published for the npm package. This means, there may be other tags available for this package, such as next to indicate future releases, or stable to indicate stable releases.


You can try it now on CodePen or even better, clone a sample Rails project to experiment in a mutation-first context with Stimulus.

The Rails project is called jboo. Don't read into the name.

First, the right music is important for establishing proper context.

You don't have to listen to music, but your transpiler configuration will almost certainly fail lint checks if you are not listening to "In Harmony New Found Freedom" by The Swirlies, from their 1996 album "They Spent Their Wild Youthful Days In The Glittering World Of The Salons" while you integrate this library. 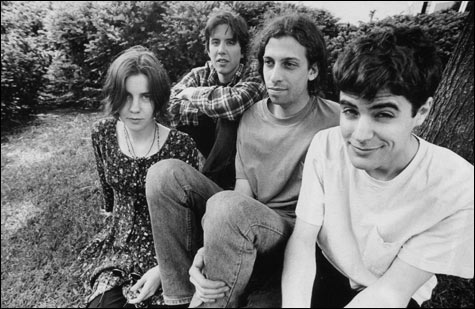 Next, make sure that you've loaded jQuery and this library into your project.

This library assumes that jQuery is available as $ on the global window object. You can verify this by opening your browser's Console Inspector and typing window.$. You should see something like:

If you are working in Rails and $ is not available, try modifying your config/webpack/environment.js like this:

In the most basic configuration, you:

Let's say that you want to respond to the user closing a Bootstrap modal window:

That might be it. Go make a sandwich - you've earned it.

Note: The mechanism this library uses is to capture jQuery events using jQuery event listeners, and then create DOM events that contain all of the same information as the original. There is no way to actually catch jQuery events with a vanilla event handler because the jQuery implementation is proprietary and non-trivial.

Ajax and the case of the additional parameters

Some events, such as the jQuery Ajax callbacks - return with additional parameters attached, and for these exceptions you need to specify a second parameter defining an array of strings representing these parameters. The first element of this array must always be event.

You can listen for notifications that Ajax requests have completed like so:

You can pass parameters from your own jQuery events to DOM events. You just have to give each parameter a name, and those parameters will be processed in order. Named parameters are accessible through the detail object of the event.

You've heard the fuss. Now it's time to get real about making your code idempotent. If you take pride in the quality of the code you write, Stimulus makes it easy to structure your logic so that it automatically works with Turbolinks and doesn't leak memory when you morph DOM elements out of existence that still have event listeners attached.

Let's start with an HTML fragment that attaches a Stimulus controller called delegate to a DIV:

That Stimulus controller imports a second function called abnegate, which releases your delegated events while your component teardown happens:

We use Stimulus to wire the click event of the button to call the triggerjQ method of the delegate controller. You can also call $(document).trigger('test') from your Console Inspector without clicking the button.

The important takeaway is that the delegate function returns the jQuery event handler, which can be stored as a property of the controller instance. This handler then gets passed back to the abnegate function so that jQuery can release its own event listener on elements that might soon be removed from the DOM.

It's only by strictly adhering to good habits around attaching listeners during connect() and removing them during disconnect() that we can be confident we're releasing references properly. This convention helps us eliminate weird glitches and side-effects that come from blending legacy jQuery components with Turbolinks. They were written for a time when there was a single page load event, and clicks triggered page refresh operations.

Remember: if you define event handlers with anonymous functions passed to a listener, you can't remove them later. Only you can prevent forest fires.

It's important to strike a balance between being opinionated and imposing ideological limitations. While this library is definitely intended to act as a bridge to help jQuery developers move to using vanilla JS, at some point I realized that if I don't make it easy to send DOM events into jQuery as well, people will choose a library that does.

To capture DOM events inside of your jQuery code, you essentially want to invert all previous instructions. The delegate and abnegate functions accept event names that start with a $ character, and that tells the library to listen for DOM events and fire them as jQuery events.

While the syntax is quite similar, there is a significant difference in the way events are passed into a jQuery event. The CustomEvent constructor can take an object as an optional second parameter, and the key in that object must be detail. Interestingly, the value of detail can be just about anything - such as 666 above - but most frequently, it's an object with key/value pairs in it.

This package is available as open source under the terms of the MIT License.

We found indications that jquery-events-to-dom-events is an Inactive project. See the full package health analysis to learn more about the package maintenance status.

Is jquery-events-to-dom-events safe to use?

The npm package jquery-events-to-dom-events was scanned for known vulnerabilities and missing license, and no issues were found. Thus the package was deemed as safe to use. See the full health analysis review.