Based on project statistics from the GitHub repository for the npm package homebridge-simplisafe3, we found that it has been starred 51 times, and that 0 other projects in the ecosystem are dependent on it.

We found a way for you to contribute to the project! Looks like homebridge-simplisafe3 is missing a security policy.

Further analysis of the maintenance status of homebridge-simplisafe3 based on released npm versions cadence, the repository activity, and other data points determined that its maintenance is Healthy.

We found a way for you to contribute to the project! Looks like homebridge-simplisafe3 is missing a Code of Conduct.

homebridge-simplisafe3 has more than a single and default latest tag published for the npm package. This means, there may be other tags available for this package, such as next to indicate future releases, or stable to indicate stable releases.

Supercharge your SimpliSafe system and integrate with HomeKit the right way! This plugin supports:

Here are some example screenshots: 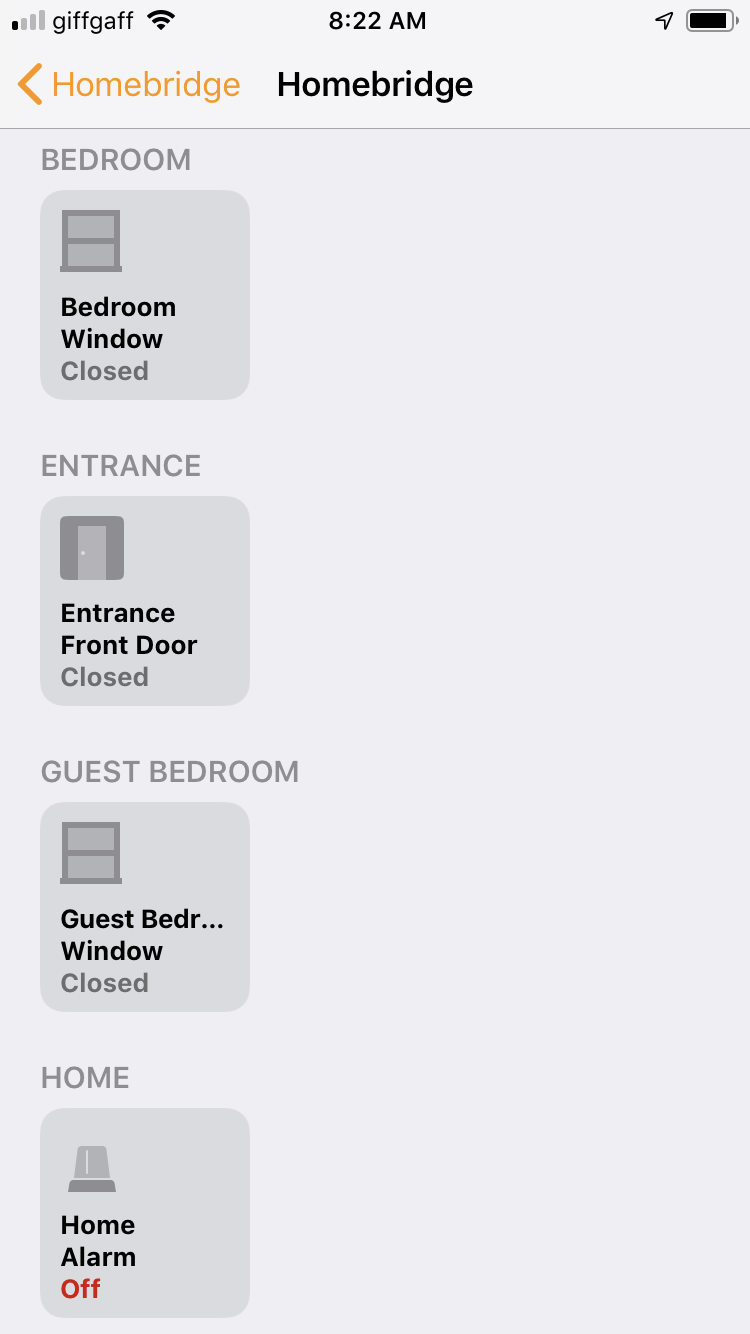 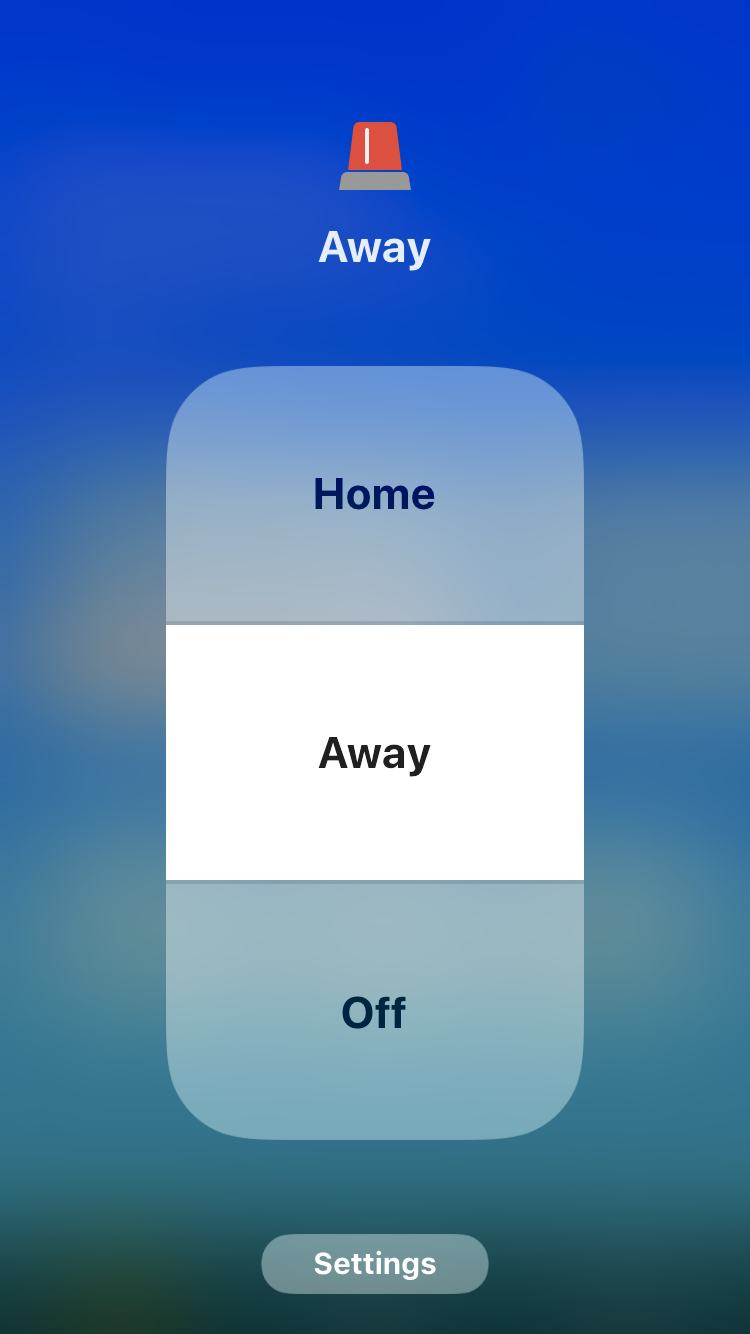 This plugin supports installation and changing settings (for config.js) via the popular Config UI X plugin (recommended for easiest usage).

Ensure you are running Node v10.17.0 or higher (this version is required by Homebridge v1.0.0). You can check by using node -v.

Either install and configure using Config UI X or you can manually install the plugin by running:

Then, add the following configuration to the platforms array in your Homebridge config.json.

That's it! The plugin will automatically load all your sensors into Homebridge.

Switch this on to get more details about your sensors and plugin behavior in your Homebridge logs. This can be useful if you are having trouble or need to report an issue. To see all messages the Homebridge debug (-D) option must also be enabled.

Add this parameter in case you have multiple protected locations or accounts with SimpliSafe. The subscriptionId can be found at the bottom of your base unit.

The frequency with which the plugin will poll sensors (e.g. Entry sensors), since entry sensor changes (opening/closing) are not pushed from SimpliSafe. Warning: setting this value too low will likely lead to your IP address being (temporarily) blocked by SimpliSafe.

By default, the plugin will persist accessories to avoid losing automations etc. Set this to false to remove old accessories that no longer exist in SimpliSafe from HomeKit.

Upon first start, the plugin generates an ID which it uses to identify itself with SimpliSafe. If you wish to reset it, set this to true.

Accepts a list of SimpliSafe device serial numbers (which can be found in the SS app) and excludes these devices from HomeKit.

* SimpliCams provide motion notifications only if the privacy shutter is open.

** The default SimpliSafe settings for motion sensors are "Disabled" when alarm is "Off" or "Home", in which case motion events will not be accurate since they won't always trigger. For consistency of the Home app, motion sensors need to be switched to either "Secret Alert" or "Alarm" in every alarm mode for the sensors to appear in the app. For example, setting the motion sensor to Secret Alert in Off and Home mode and Alarm in Away mode will display it in the Home app, whereas setting it to Disabled in Off mode, Secret Alert in Home mode and Alarm in Away mode won't, since the sensor state and automations in the Home app would be inaccurate. Using the "Secret Alert" setting will allow for motion events at all times but note that this will also record a video clip when motion events are triggered.

As of version v1.5.0 (which requires Homebridge v1.0.0 or later) cameras do not need to be added separately. Bridged cameras in v1.5.0 or later will not function properly with versions of Homebridge below 1.0.0. See Migrating External Cameras to Bridged Cameras below.

After upgrading to v1.5.0, old (external) cameras will cease to function. This also means any existing HomeKit automations containing the camera will need to be updated. We recommend the following steps to avoid losing automations:

This plugin includes ffmpeg-for-homebridge to automatically include a compatible build of ffmpeg and thus the plugin works "out of the box" without requiring a custom ffmpeg build.

For advanced scenarios including specifying a custom ffmpeg build or command line arguments, you can set them via plugin settings in Config UI X or manually in config.json*:

* Note that the format of "cameraOptions" changed as of v1.4.3. Old config files should continue work but your settings may need to be re-entered if you are switching to using Config UI X

Any arguments provided in sourceOptions, videoOptions and audioOptions will be added to the list of arguments passed to ffmpeg, or will replace the default ones if these already exist. To add an argument that requires no additional parameter, e.g. -re, then add it as "-re". To remove a default argument, define it with false as its value, e.g. "-tune false".

The bundled build of ffmpeg includes hardware acceleration on supported Raspberry Pi models but in order to enable this you must check the setting Advanced Camera Settings > Enable Hardware Acceleration for Raspberry Pi (or set "enableHwaccelRpi" under "cameraOptions" to true in config.json).

Note that enabling this option assumes you are using the bundled version of ffmpeg and thus may not work if you specify a custom one.

Any feedback is welcomed. For bugs, feature requests, etc. you may open an issue here.

The official Homebridge Discord server and Reddit community are another great place to ask for help.

We found that homebridge-simplisafe3 demonstrated a healthy version release cadence and project activity. It has a community of 5 open source contributors collaborating on the project. See the full package health analysis to learn more about the package maintenance status.

Is homebridge-simplisafe3 safe to use?

The npm package homebridge-simplisafe3 was scanned for known vulnerabilities and missing license, and no issues were found. Thus the package was deemed as safe to use. See the full health analysis review.