The npm package fin-hypergrid receives a total of 43 downloads a week. As such, we scored fin-hypergrid popularity level to be Limited.

Based on project statistics from the GitHub repository for the npm package fin-hypergrid, we found that it has been starred 880 times, and that 5 other projects in the ecosystem are dependent on it.

With more than 10 contributors for the fin-hypergrid repository, this is possibly a sign for a growing and inviting community.

We found a way for you to contribute to the project! Looks like fin-hypergrid is missing a Code of Conduct.

Further analysis of the maintenance status of fin-hypergrid based on released npm versions cadence, the repository activity, and other data points determined that its maintenance is Inactive.

An important project maintenance signal to consider for fin-hypergrid is that it hasn't seen any new versions released to npm in the past 12 months, and could be considered as a discontinued project, or that which receives low attention from its maintainers.

fin-hypergrid has more than a single and default latest tag published for the npm package. This means, there may be other tags available for this package, such as next to indicate future releases, or stable to indicate stable releases.

fin-hypergrid is an ultra-fast HTML5 grid presentation layer, achieving its speed by rendering (in a canvas tag) only the currently visible portion of your (virtual) grid, thus avoiding the latency and life-cycle issues of building, walking, and maintaining a complex DOM structure. Please be sure to checkout our design overview

Below is an example custom application built on top of the Hypergrid API tooling. It also highlights a DOM-based custom external editor triggered via hypergrid events as well as interaction with Hypergrid’s column ordering API.

Published as a CommonJS module to npm. Specify a SEMVER of "fin-hypergrid": "3.3.2" (or "^3.3.2") in your package.json file, issue the npm install command, and let your bundler (wepback, Browserify) create a single file containing both Hypergrid and your application.

For small and informal examples and proofs-of-concept, load a pre-bundled build file (fin-hypergrid.js or fin-hypergrid.min.js) from the GitHub CDN. See the CDN index for links.

Your application can load one of these pre-bundled build files (in a <script> tag), which creates the global namespace window.fin (as needed) and populates it with window.fin.Hypergrid.

As of v3.2.1, the same build files are also available in a umd folder on npm for distribution via the unpkg CDN which processes SEMVER semantics when provided. For example, <script src="https://unpkg.com/fin-hypergrid@^3.2/umd/fin-hypergrid.min.js"></script> loads v3.3.2 which is the greatest (most recent) version number matching the SEMVER pattern ^3.2 (aka 3..).

The fin-hypergrid/build repo generates the build files. It also hosts the demo source files that test and show off various Hypergrid features. Some of these use the npm module while others use the bundled build file. Working versions of all demos are published to the CDN (list of links).

The default demo is the Hypergrid dev testbench (source).

(This app bundles the npm module plus all of its own modules together into a single file (testbench.js). For illustrative purposes, this alternate version loads the pre-bundled build file fin-hypergrid.js plus specially IIFE-wrapped versions of each its own modules discretely.)

Who else is using Hypergrid?

The Perspective open source project uses Hypergrid v3 (demo links in the README) and does a lot more than Hypergrid alone, such as table pivots and charting.

Openfin’s AdaptableBlotter.JS (installer) is a demo app that shows the capabilities of both Openfin and Hypergrid. 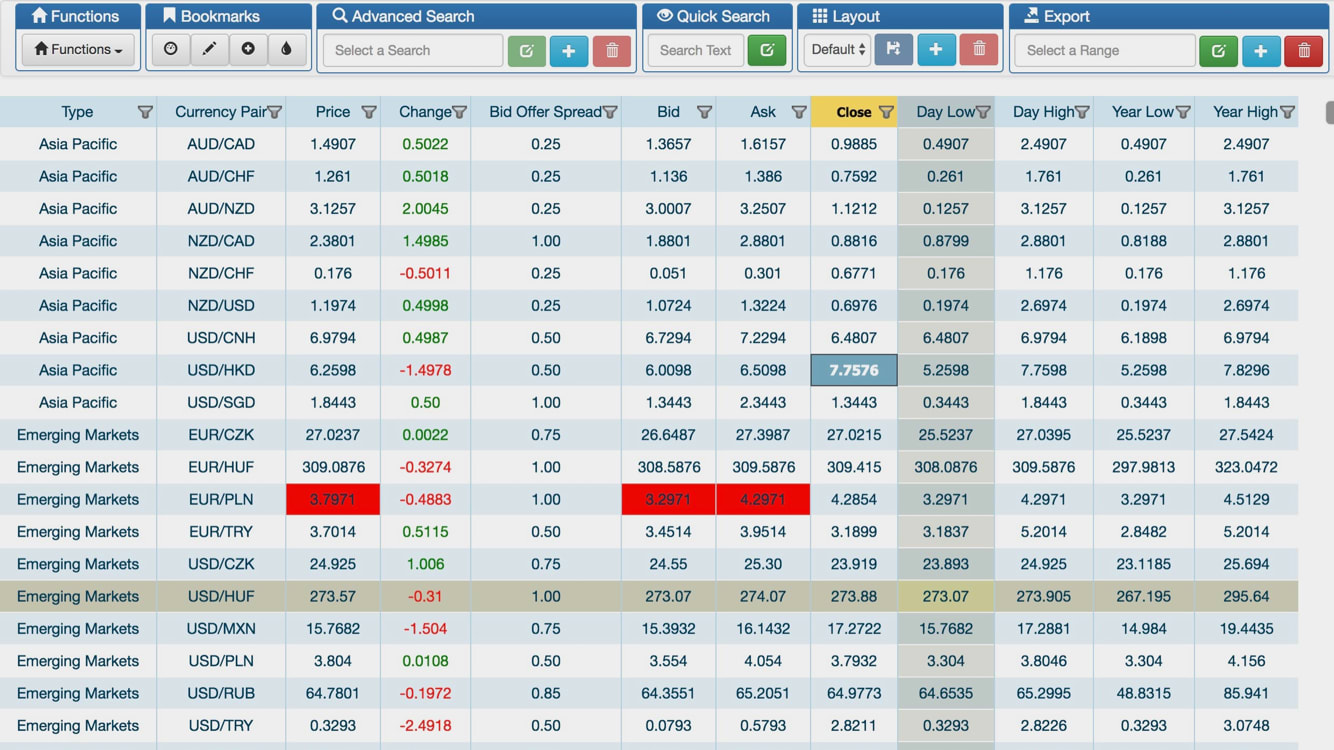 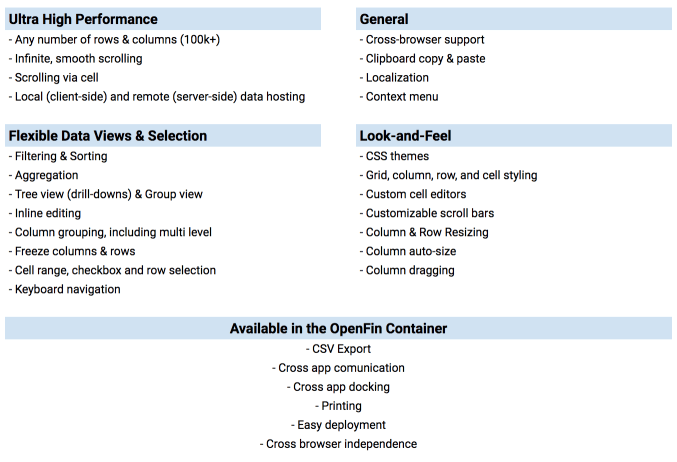 Primarily our tutorials will be on the wiki.

We also maintain versioned online API documentation for all public objects and modules. This documentation is necessarily an on-going work-in-progress.

Developers interested in contributing to this project should review our contributing guide before making pull requests.

The npm package fin-hypergrid receives a total of 43 weekly downloads. As such, fin-hypergrid popularity was classified as limited. Visit the popularity section on Snyk Advisor to see the full health analysis.

We found indications that fin-hypergrid is an Inactive project. See the full package health analysis to learn more about the package maintenance status.

Is fin-hypergrid safe to use?

The npm package fin-hypergrid was scanned for known vulnerabilities and missing license, and no issues were found. Thus the package was deemed as safe to use. See the full health analysis review.