56 / 100
All security vulnerabilities belong to production dependencies of direct and indirect packages.

Based on project statistics from the GitHub repository for the npm package choc-datetimepicker, we found that it has been starred 26 times.

We found a way for you to contribute to the project! Looks like choc-datetimepicker is missing a Code of Conduct.

Further analysis of the maintenance status of choc-datetimepicker based on released npm versions cadence, the repository activity, and other data points determined that its maintenance is Inactive.

choc-datetimepicker has more than a single and default latest tag published for the npm package. This means, there may be other tags available for this package, such as next to indicate future releases, or stable to indicate stable releases.

This is a Date and Time picker package for Chakra UI. It aims to provide a very composable API that gives you full control of the rendering of every component in your picker, from the container to arrows to each date. You decide where they render and how they look, no buttonStyles, activeDateStyles... You decide if you even want it to be a button is the first place, all while still getting all the features a date picker should offer and in the locale of your choice.

In short; you're the boss.

Add react Icons(optional if you're not using our default Buttons) 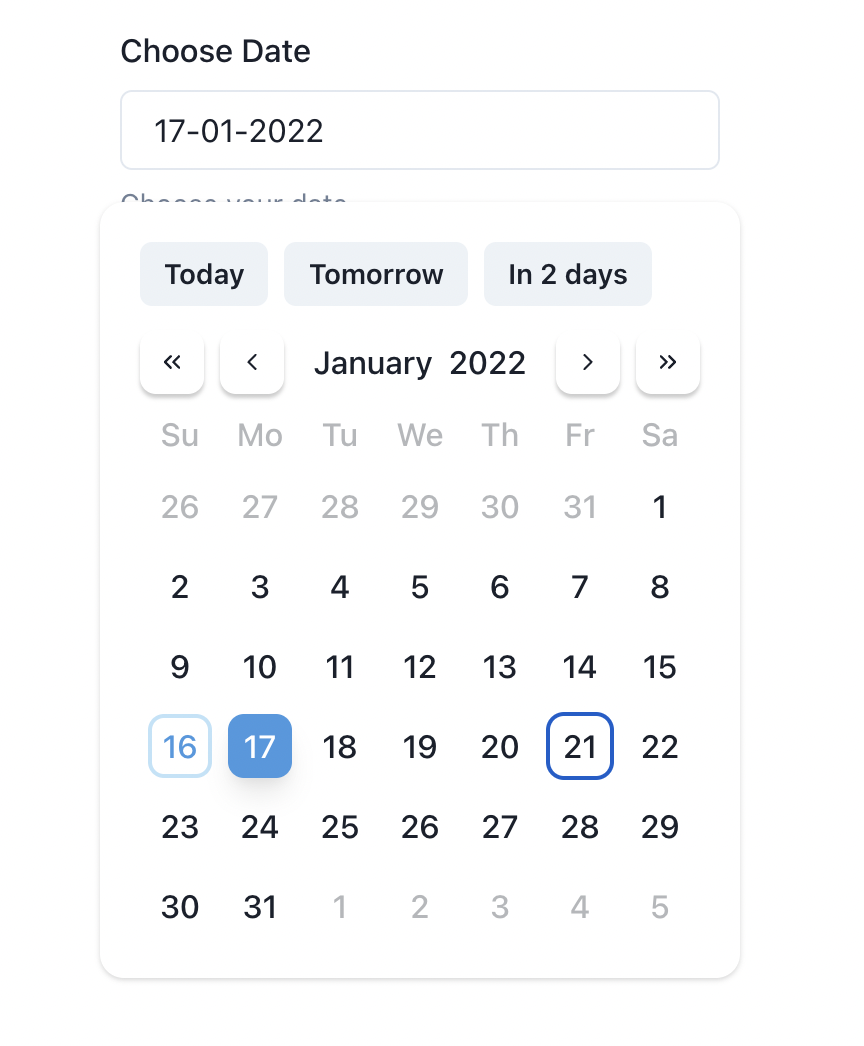 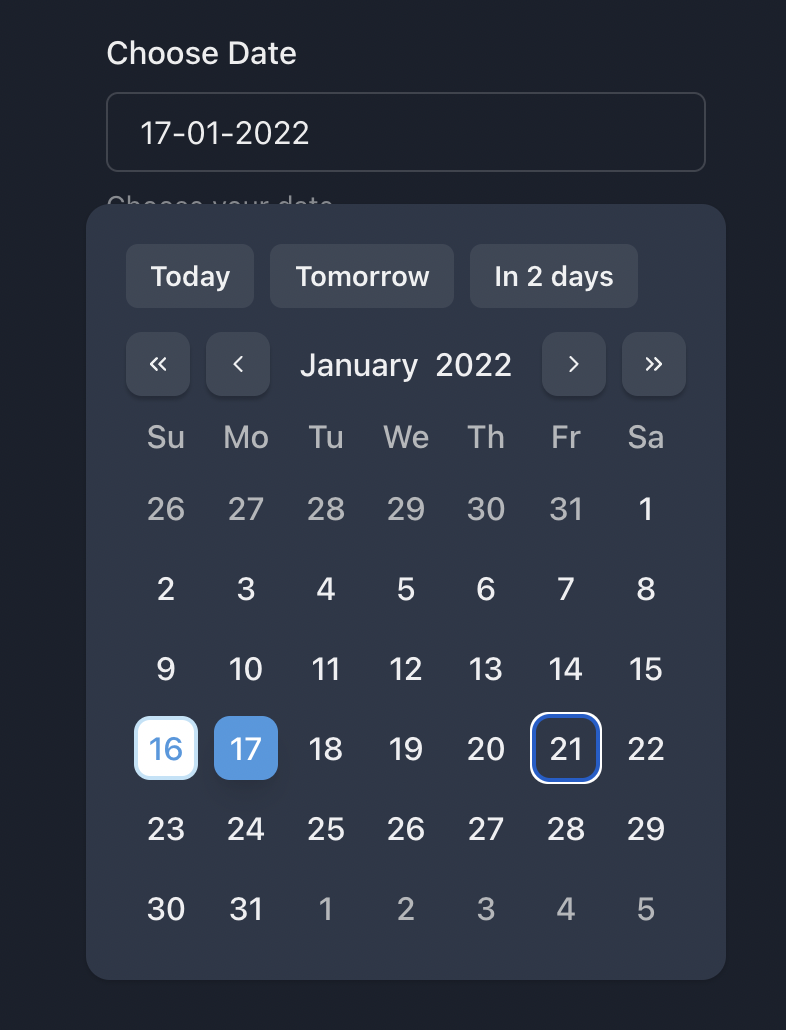 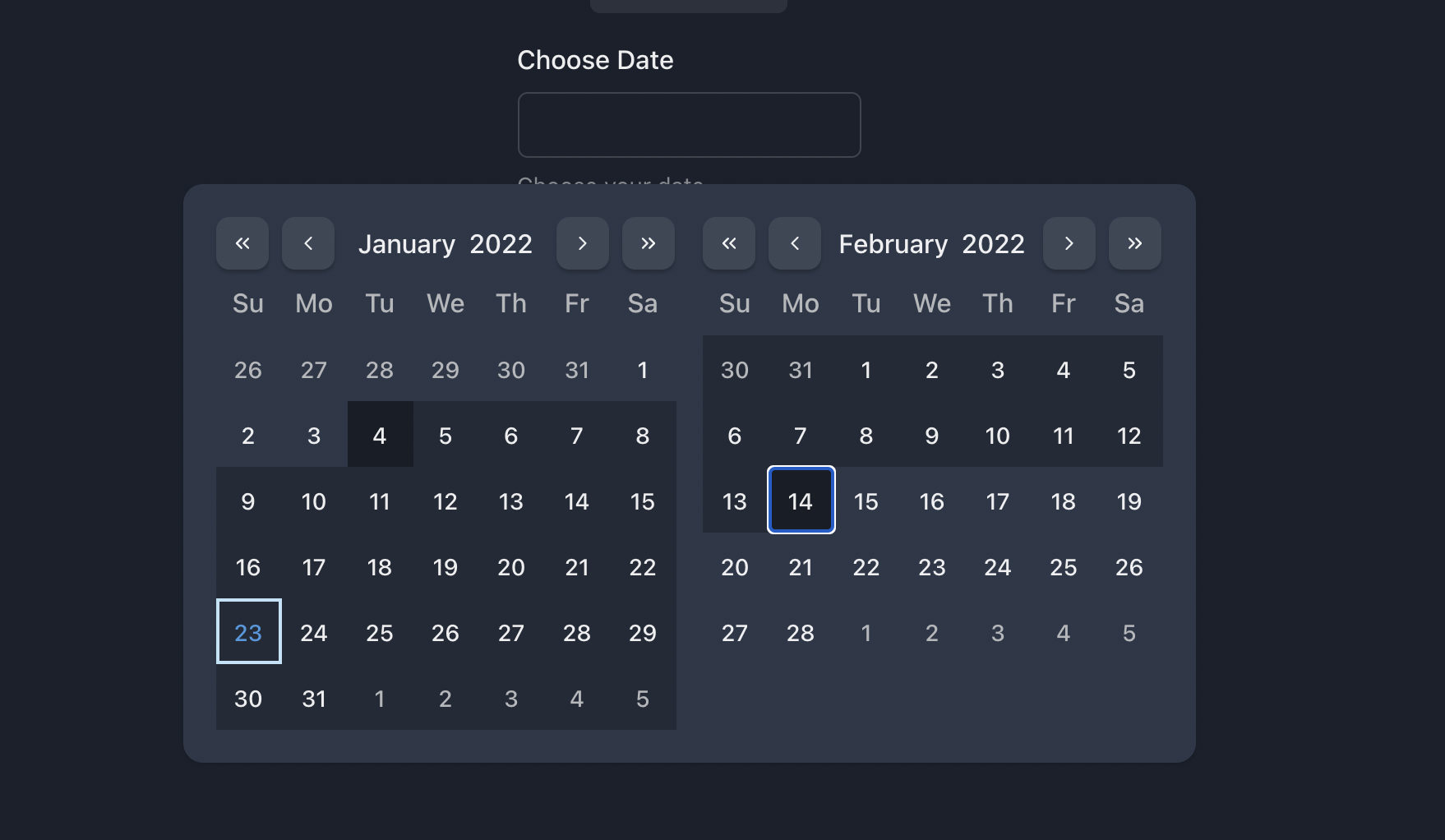 Start the package server, and the example server

This is a Date and Time picker package for Chakra UI. It aims to provide a very composable API that gives you full cont... Visit Snyk Advisor to see a full health score report for choc-datetimepicker, including popularity, security, maintenance & community analysis.

We found indications that choc-datetimepicker is an Inactive project. See the full package health analysis to learn more about the package maintenance status.

Is choc-datetimepicker safe to use?

The npm package choc-datetimepicker was scanned for known vulnerabilities and missing license, and no issues were found. Thus the package was deemed as safe to use. See the full health analysis review.