The npm package botserver receives a total of 448 downloads a week. As such, we scored botserver popularity level to be Limited.

Based on project statistics from the GitHub repository for the npm package botserver, we found that it has been starred 38 times, and that 1 other projects in the ecosystem are dependent on it.

Further analysis of the maintenance status of botserver based on released npm versions cadence, the repository activity, and other data points determined that its maintenance is Sustainable.

botserver has more than a single and default latest tag published for the npm package. This means, there may be other tags available for this package, such as next to indicate future releases, or stable to indicate stable releases.

What is a Bot Server?

Bot Server accelerates the process of developing a bot. It provisions all code base, resources and deployment to the cloud, and gives you templates you can choose from whenever you need a new bot. The server has a database and service backend allowing you to further modify your bot package directly by downloading a zip file, editing and uploading it back to the server (deploying process) with no code. The Bot Server also provides a framework to develop bot packages in a more advanced fashion writing custom code in editors like Visual Studio Code, Atom or Brackets.

Everyone can create bots by just copying and pasting some files and using their favorite tools from Office (or any text editor) or Photoshop (or any image editor). BASIC can be used to build custom dialogs so Bot can be extended just like VBA for Excel (currently in alpha). 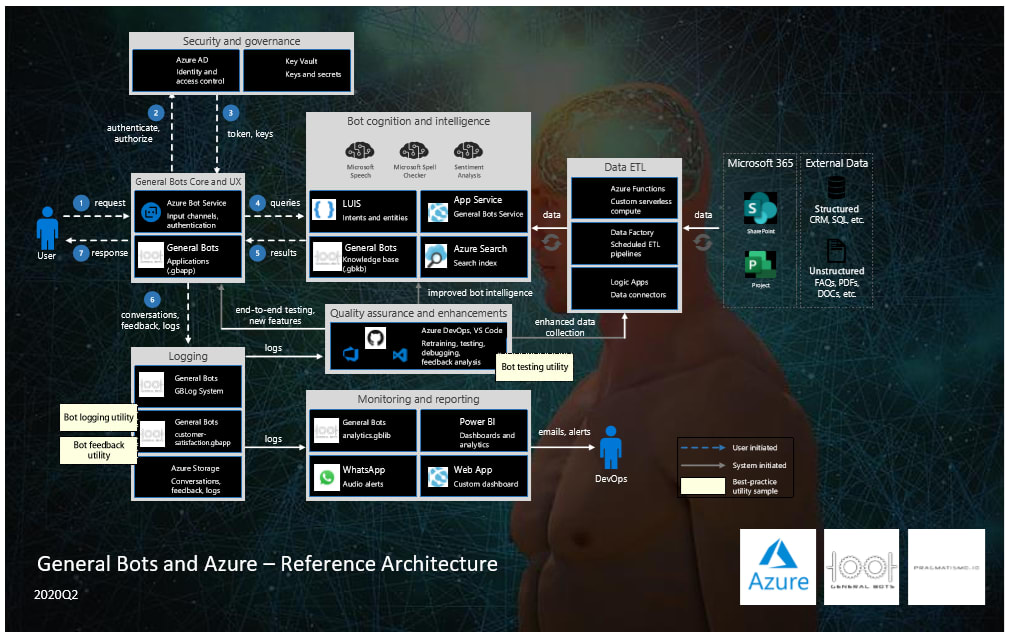 Now with the General Bots server you can press F5 on Visual Studio to get a bot factory on your environment* published on November 10th, 2018. 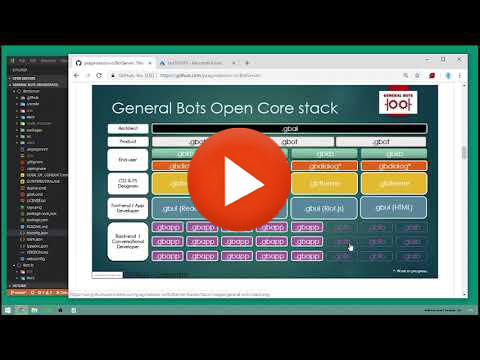 See how easy is to use 'hear' and 'talk' to build Microsoft BOT Framework v4 logic with plain BASIC * published on December 3rd, 2018. 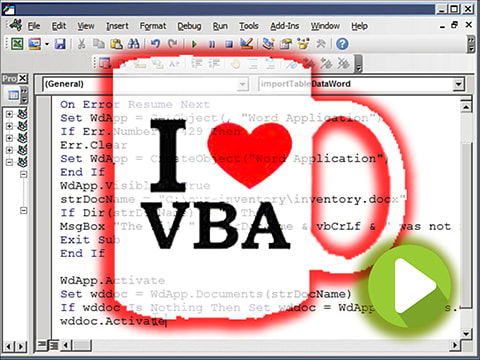 This project welcomes contributions and suggestions. See our Contribution Guidelines for more details.

Security issues and bugs should be reported privately, via email, to the Pragmatismo.io Security team at security@pragmatismo.io. You should receive a response within 24 hours. If for some reason you do not, please follow up via email to ensure we received your original message.

According to our dual licensing model, this program can be used either under the terms of the GNU Affero General Public License, version 3, or under a proprietary license.

The texts of the GNU Affero General Public License with an additional permission and of our proprietary license can be found at and in the LICENSE file you have received along with this program.

This program is distributed in the hope that it will be useful, but WITHOUT ANY WARRANTY; without even the implied warranty of MERCHANTABILITY or FITNESS FOR A PARTICULAR PURPOSE. See the GNU Affero General Public License for more details.

"General Bot" is a registered trademark of Pragmatismo.io. The licensing of the program under the AGPLv3 does not imply a trademark license. Therefore any rights, title and interest in our trademarks remain entirely with us.

General Bots Code Name is Guaribas, the name of a city in Brazil, state of Piaui. Roberto Mangabeira Unger: "No one should have to do work that can be done by a machine".

The npm package botserver receives a total of 448 weekly downloads. As such, botserver popularity was classified as limited. Visit the popularity section on Snyk Advisor to see the full health analysis.

We found indications that botserver maintenance is sustainable demonstrating some project activity. We saw a total of 10 open source contributors collaborating on the project. See the full package health analysis to learn more about the package maintenance status.

Is botserver safe to use?

While scanning the latest version of botserver, we found that a security review is needed. A total of 206 vulnerabilities or license issues were detected. See the full security scan results.